Meghan Markle has selected the hospital where she’ll give birth, but if she’s following in royal footsteps, they won’t be Kate Middleton’s.

The Duchess of Cambridge went the same route as Princess Diana, and had Prince George, Princess Charlotte and Prince Louis at the private Lindo Wing at St. Mary’s in London—it’s where all those adorable photos of Prince William and an impossibly well-coiffed Middleton smiling with their newborn were taken. It’s also where Pippa Middleton gave birth to her son, Arthur, last year.

The Duchess of Sussex, however, is reportedly planning to give birth at Frimley Park Hospital. Despite the many rumors regarding tension between the duchesses, Markle’s decision apparently has nothing to do with her trying to separate herself from Middleton. Now that Prince Harry and Markle are heading out of London’s Kensington Palace and over to Frogmore Cottage at Windsor Estate, Frimley Park is simply the more practical choice—the Berkshire-based hospital is a mere 15 miles away from the Duke and Duchess of Sussex’s future home, which is currently undergoing refurbishments.

As for the Duke and Duchess of Sussex’s own effortlessly stylish photo with their newborn? Well, we might be seeing it sooner than expected. While Markle’s due date was originally thought to be this spring, reports are now saying she could welcome her first child as early as February. Which means we might get a glimpse of the little Sussex at Queen Elizabeth’s Trooping the Colour birthday parade in June. 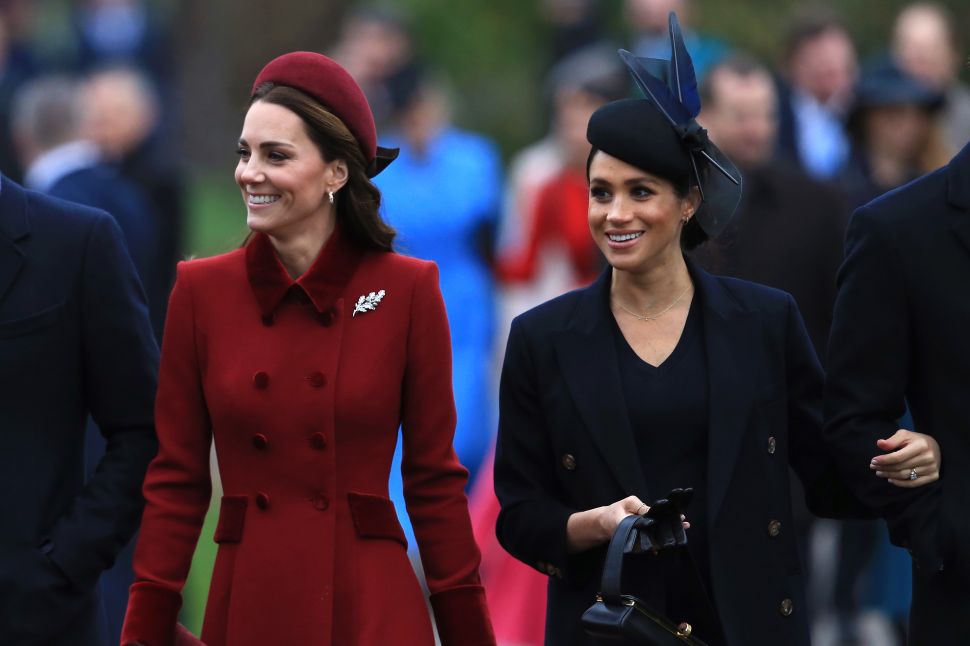