Even though Meghan Markle is now a member of the royal family and in the midst of a £3 million regal home renovation, she hasn’t forgotten her recent past as a yoga-loving lifestyle blogger. Prince Harry and Meghan are completing a remodel at Frogmore Cottage, their future home at Windsor, and it turns out they’re reportedly planning on adding their very own private yoga studio.

Markle is taking a very hands-on approach to the work at the property, which is currently being converted from staff housing into an appropriate home for the Duke and Duchess of Sussex (and the royal baby) to reside in.

We wonder if Markle herself is the one who decided on the yoga studio, as Express reports that the Sussexes are ripping up Victorian floorboards in one room of the home and replacing them with a “sprung floor” often found in exercise rooms and studios, so that the family can partake in yoga sessions together.

It’s not surprising the erstwhile Suits actress would encourage adding this space, considering how much she’s raved about the benefits of yoga in the past. Not only is her mother, Doria Ragland, a yoga instructor herself, but Markle used her now defunct blog, The Tig, to espouse the wonder that is yoga, writing that readers should “be prepared to fall just a wee bit in love” with the practice, and also saying in an interview that “yoga is my thing.”

And apparently it still is. The Duchess is continuing to take prenatal yoga classes while pregnant, as she told onlookers during her tour of Australia. She also convinced Prince Harry to try yoga prior to their wedding, and surely he’s kept up the work since they tied the knot.

The Duchess of Sussex let slip today that her due date is towards the end of April or early May, so she and Prince Harry do have a bit of time to finish preparations at Frogmore Cottage, though they want to be completely settled in by the time Markle gives birth.

Markle isn’t taking on this home project by herself, though. She’s reportedly brought on former Soho House head of design Vicky Charles to help bring the vision to life, and the Duchess is already quite familiar with Charles’ work. Not only is Markle a longtime fan of the exclusive members club, where she and Prince Harry would often meet for dates pre-engagement, and ventured to the Soho House Amsterdam opening last year, but the Sussexes also hired Charles to help out with their Cotswolds house. We imagine the security at the Sussexes house, however, is far more stringent than gaining access through the door of a Soho House. 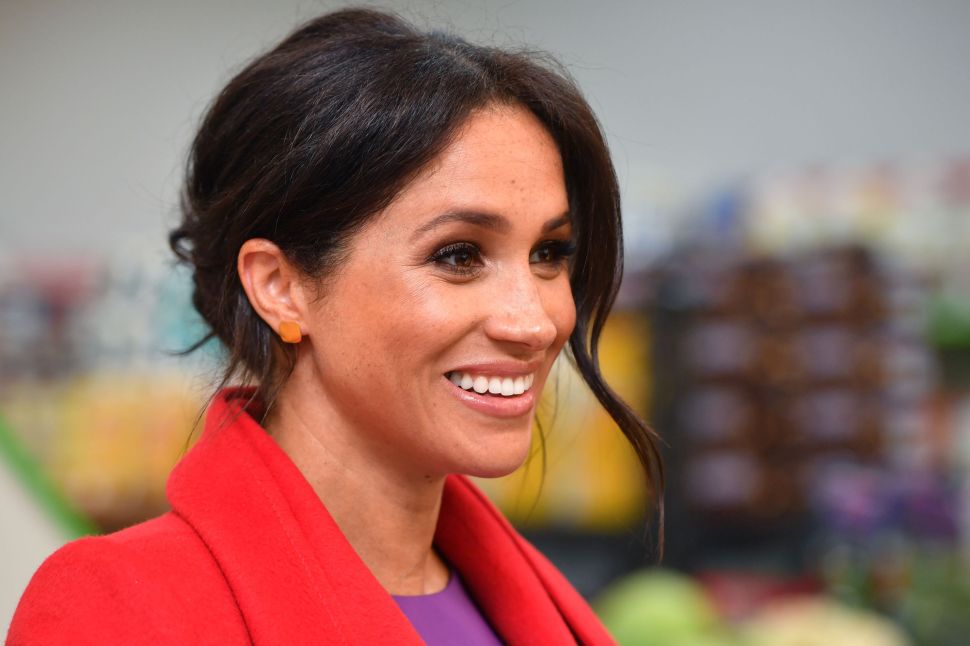