Despite the near-unanimous critical adoration of the Met’s new production of Adriana Lecouvreur (my take was only marginally more ecstatic than most), the brief run of this tuneful and sumptuously cast production seems to have underperformed a bit at the box office.

There are no gibbering crowds threatening to crash through the glass outside walls of the Met; no lithe young opera queens offering to barter their virtue for a seat off the side of the balcony; no glimpse of Lady Gaga easing into her parterre box just as the lights go down. In fact, there are a considerable number of excellent seats still available for Saturday night, Anna Netrebko‘s final New York appearance of the season.

It’s hard to say why an event doesn’t quite manage to become An Event, but one possible explanation is just sheer lack of name recognition of the title of the opera. Adriana is an opera performed live only occasionally, not a household name like Carmen or La Bohème.

So I’d like to take a moment to introduce to casual operagoers who might be glancing at this column another opera just about to open for a limited run. Tomorrow night is the season premiere of Claude Debussy’s Pelléas et Mélisande, conducted by the Met’s new music director, Yannick Nézet-Séguin.

It’s literally a unique work, the composer’s only completed full-length opera, and indeed it’s like nothing else in the repertoire. The text is not “adapted from” but rather a setting of the play of the same name by the fin-de-siècle Belgian writer Maurice Maeterlinck.

The story is set in a long-ago and faraway place called Allemonde, where Prince Golaud, the middle-aged son of King Arkel, discovers a confused and terrified young woman named Mélisande. He marries her and takes her home to the castle of his father. Everything is fine until Golaud’s younger brother, Pelléas, begins to develop feelings for his sister-in-law…

But it’s not really a love story, rather a story of the corollary effects of love: suspicion, secrecy, guilt and jealousy. The effect is that we, like Mélisande, are strangers in this house and cannot quite comprehend what’s happening around us.

Debussy’s insinuating musical treatment is infinitely too sophisticated to detail in so short an overview, but luckily the most significant feature is fairly easy to pick out by ear. Instead of more conventional “do, re, mi” major or minor scales, the composer built his harmonies on something called a “whole tone” scale, a series of notes that have a curiously shimmering, weightless or unsettled effect, whether in the intro to Stevie Wonder’s “You Are the Sunshine of My Life” or in the opening scene of Pelléas, in which Golaud first encounters the enigmatic Mélisande, as seen here in a Paris production by Robert Wilson.

This opera tends to ask more questions than it answers. One thing you may be wondering after watching the above, which takes place before Mélisande is brought back to the castle by Golaud, is where she got that crown she’s just dropped in the . Her identity is never made clear in the opera, but in lore, she’s the lost wife of the serial killer Bluebeard, from whom she was running away. Coincidentally, that villain has his own opera playing at the Met later this month: Bluebeard’s Castle by Béla Bartók. 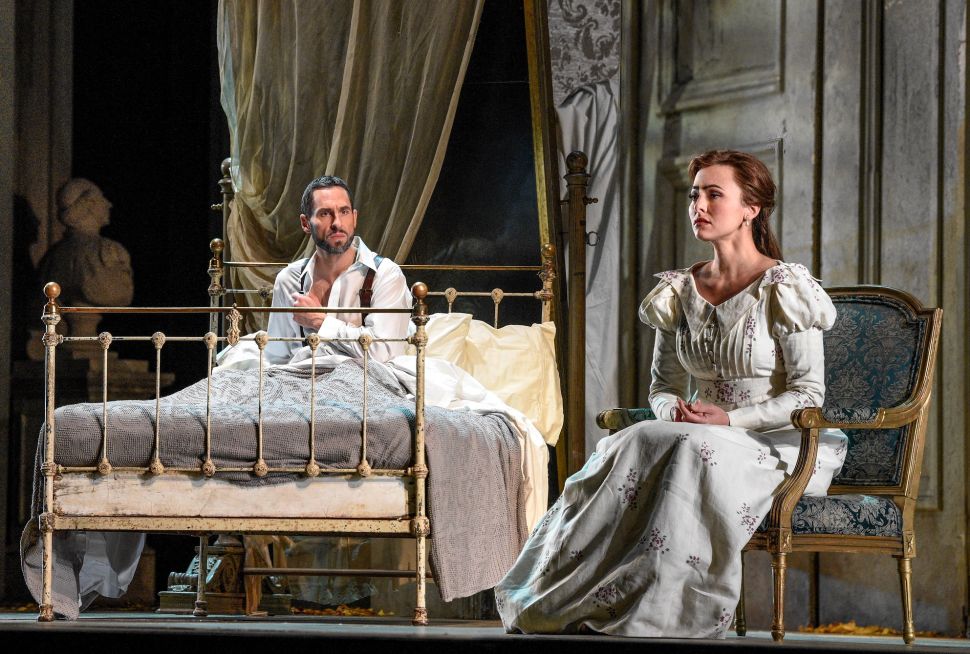