“The strategy is whatever the White House tells them,” Steele told Observer on Wednesday morning. “The chairwoman doesn’t have the luxury of doing anything other than what she’s instructed to do by the White House. It’s evident by the tweet that it was dictated, or communicated, by the communications staff at the RNC.”

The tweet in question is a fierce condemnation against Romney’s op-ed in The Washington Post, in which the senator-elect accused Trump of lacking character.

“For an incoming Republican freshman senator to attack @realdonaldtrump as their first act feeds into what the Democrats and media want is disappointing and unproductive,” tweeted McDaniel on Wednesday.

POTUS is attacked and obstructed by the MSM media and Democrats 24/7. For an incoming Republican freshman senator to attack @realdonaldtrump as their first act feeds into what the Democrats and media want and is disappointing and unproductive. https://t.co/ArhI7Bi7bo

“It’s typical Trump verbiage,” Steele said of McDaniel’s remarks against Romney. “That’s just the way it operates. If it wasn’t dictated, they’ve learned to parrot his tone at least. But that’s just the nature of the beast.”

Although McDaniel is Romney’s niece, she swore loyalty to Trump after the president appointed her to reign over the RNC—even shortening her name from “Ronna Romney McDaniel.”  The president refers to McDaniel as “my Romney,” according to The New York Times.

“My husband and the president joked about it,” McDaniel said of the name change in an interview with The Gray Lady. “My husband likes it, too.”

Despite McDaniel’s familial ties, she has helped shaped the RNC into an extension of Trump’s reelection campaign, making it difficult for a conservative challenger to emerge against the president come 2020.

“We’ve seen emergence of the president’s political campaign and the RNC. It’s unprecedented,” said Steele. “What happens when another candidate gets into the race and wants to challenge the president?”

“Those folks aren’t going to say anything out loud, the ones who do have concerns,” continued the former RNC chairman. “They keep very close to what Trump is saying and what he’s parroting.” 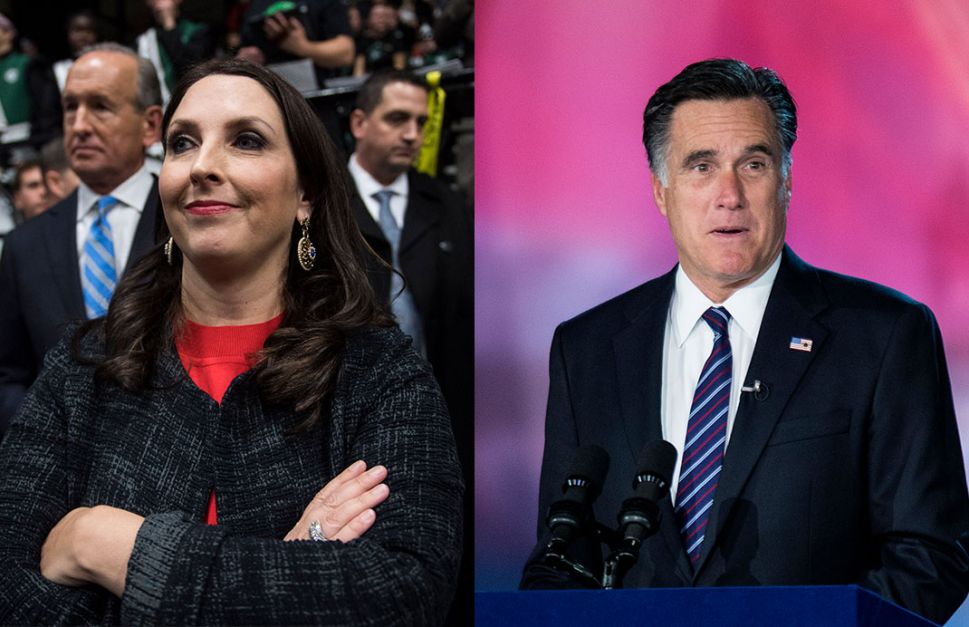