Mick Mulvaney is nestling into his role as White House chief of staff.

According to The New York Times, the former South Carolina congressman has adopted a “more hands-off approach” to the position, a tactic which differs sharply from his predecessor, John Kelly.

“Under Mr. Mulvaney, some of the rules of the Kelly era have been undone,” reported The Gray Lady on Wednesday. “Access to the Oval Office, for one thing, is easier. Where Mr. Kelly’s instinct was often to keep extra bodies out of meetings, now aides who want to attend meetings are welcome to grab a chair in the back and sit in.”

Mulvaney is said to have read aloud passages from Chris Wipple’s “The Gatekeepers: How the White House Chiefs of Staff Define Every Presidency, sharing with staff how past administrations employed successful management models. Under Mulvaney’s brief tenure, White House officials have enjoyed easier access to the president, and a less controlling presence. By contrast, Kelly attempted to regulate Trump’s communications and quickly saw the knives come out from resentful grifters still in the president’s orbit.

Despite the welcome West Wing shakeup, Trump and Mulvaney have hit occasional hiccups. Last weekend, Axios reported that Trump insulted his new chief-of-staff in front of congressional leaders during a meeting on border security, after Mulvaney inquired about a compromise for funding.

“As a negotiator, Trump was resetting,” one source present at the meeting told Axios. “Mick was not reading the room or the president.”

The Times also wrote that in private Trump has lamented to his chief-of-staff about “getting crushed” over coverage of the government shutdown. 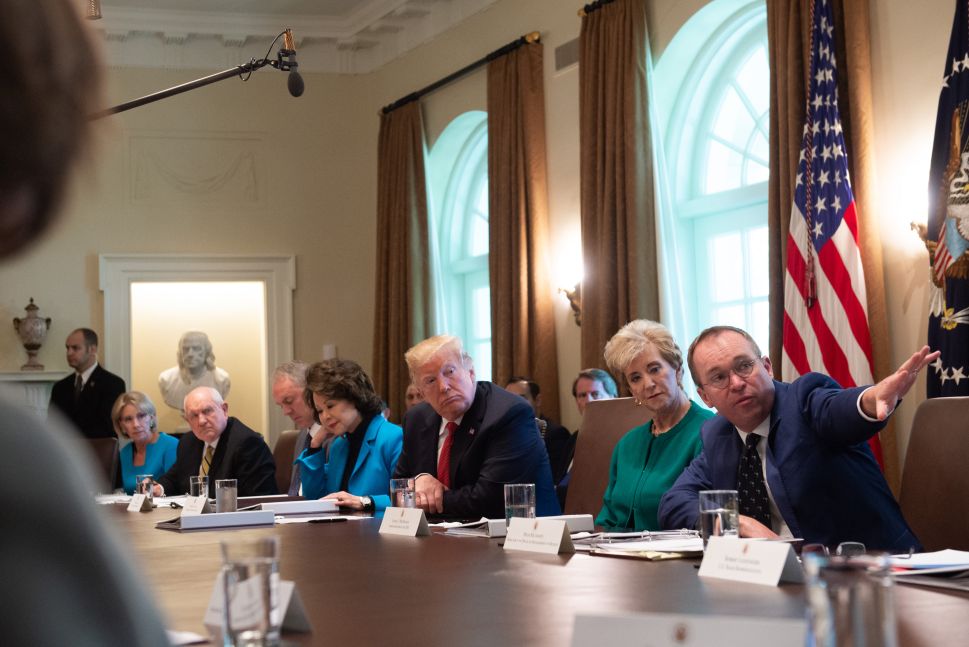