Netflix is easily the most popular streaming service and one of the most successful entertainment destinations in the industry. The streaming giant, which boasts nearly 140 million worldwide subscribers, offers a host of massively popular originals and highly addictive throwbacks, and it has ambitious plans for big-budget expansion in both film and television.

But it isn’t invincible. The company has racked up considerable long-term debt with its aggressive spending, and 2019 will see it battling more formidable competition than ever.

“The advantage of Netflix is that its business model minimizes distribution costs, and there is still a lot of room for growth,” Erich Joachimsthaler, founder and CEO of leading brand consultancy firm Vivaldi, told Observer. “The disadvantage is that Netflix has an insatiable thirst for new and original content, and winning with content is getting ever more expensive.”

So which emerging streaming threats have a legitimate shot at striking a blow against the market leader? Let’s break it down.

The Mouse House’s direct-to-consumer service is the most popular choice to unseat Netflix once it arrives later this year. Disney+ will eventually become a serious threat thanks to its marquee brands such as Star Wars and Marvel. That said, streaming services need time to cultivate content and make a dent and Disney+ won’t be available globally at first.

“The question is how long it takes Disney+ to get there,” Michael Beach, CEO of Cross Screen Media, told Observer. “Netflix is paying them $300 million annually for content. How does Disney make up that revenue? It’s going to take a few years to balance the new costs of the streamer plus that loss of revenue.”

By opting for an over-the-top service that cuts out the middle man, Disney is keeping pace with the shifting viewing habits of its younger target demographic. Though their entrance into the streaming arena may be a tad late, the company is betting on its top-notch intellectual property and brand profile to pave the way forward. But expect growing pains concerning budgets and marketing, and even a potential in-house rivalry early on.

Before the second season of the award-winning drama The Handmaid’s Tale, Hulu could briefly claim to be the fastest-growing streaming service in the U.S. From year-to-year, it has grown by 48 percent. But despite this coup, Hulu still lost an estimated $1.5 billion in 2018, including a $250 million-plus write-down for Disney (the streamer spent an estimated $2.5 billion on content last year). However, there’s reason for optimism.

Once the Magic Kingdom’s acquisition of Fox is made official, it will take a controlling 60 percent stake in the young streaming service. After that, a purchase of the remaining interest (Comcast’s NBCUniversal owns 30 percent and AT&T’s WarnerMedia owns 10 percent) is not out of the question.

Under Disney, much of Fox’s content is expected to be rerouted to Hulu, which will prove to be a big boon for its library. Already the proud owner of the streaming world’s largest back catalog of TV series, Hulu will soon be able to add popular Fox IP such as Avatar and Kingsman, not to mention the full prestige menu of FX Networks once it resolves its in-season stacking issue. Hulu will also have the opportunity to develop exciting new original series based on existing IP that may have run its course on the big screen (Alien and Die Hard come to mind).

“New competitors with credible streaming offers will slow down subscriber growth at a time when Netflix will need it to finance new original content to keep current and new subscribers coming,” Joachimsthaler said.

However, while its growth looks promising, Hulu won’t be able to body-slam Netflix with 25 million total subscribers.

Apple’s foray into original programming is the streaming industry’s biggest question mark. The deep-pocketed tech giant is expected to unveil its over-the-top (OTT) service later this year, yet it hasn’t divulged a single detail about how it will be delivered. After months of speculation, our curiosity is bordering on annoyance.

Still, with the largest worldwide distribution platform thanks to iTunes and Apple Music, Apple has the capability to leave a massive imprint on the industry. Though it has publicly pledged to invest “just” $1 billion in original content in the beginning, we all know Apple has an endless reserve of cash on hand. With that budget, it has already lined up a handful of star-driven and attention-grabbing series, including a new morning-show drama starring Reese Witherspoon and Jennifer Aniston that sparked a bidding war last year.

Yet from a quality standpoint, after it axed potentially controversial material from its development slate, Apple is aiming for more family-friendly series—which would be a massive disappointment to fans of less squeaky-clean content. The thinking is that Apple isn’t expected to do anything to jeopardize its product sales.

“Tech companies subsidize losers for the bigger picture because streaming is not their primary business,” Beach said of costly streamers. In other words, Apple will still value selling iPhones over crafting edgy, Emmy-winning content.

In a sign of the times, to avoid paying a 30 percent commission to Apple, Netflix is no longer allowing new customers to subscribe via the iTunes in-app purchase from their iPhones or iPads.

In October, WarnerMedia CEO John Stankey revealed that the company was developing a direct-to-consumer streaming platform set to launch in late 2019. Almost immediately, rumors began circulating that Comcast’s NBCUniversal could partner with WarnerMedia in order to bolster its library, which will include original programming and licensed content.

While Stankey has a treasure trove of resources at his disposal thanks to new parent company AT&T, WarnerMedia first needs to get its house in order before it can become a power player. The company already has a streaming service dedicated to DC Comics content and will be making a sizable investment into scaling up HBO (which also boasts its own streamer). Seamlessly folding these existing services into the new umbrella platform will be no small feat.

“WarnerMedia is a publicly traded company, so it has a tough road ahead to put up big numbers right away,” Beach explained. “It doesn’t have as long of a leash as a Silicon Valley venture capital firm.”

But with the prestige library of HBO, the consistently successful Warner Bros. stable and a potential deal with NBCUniversal, WarnerMedia will have a strong foundation to help launch itself into the fray. Here’s to hoping it gives us a Harry Potter TV series.

Since stepping into the original programming realm in 2013, Amazon Video has wandered through the digital wilderness, releasing critical darlings (Transparent) and very successful but still niche hits (The Marvelous Mrs. Maisel). The service has not yet produced a breakout smash with broad appeal in the vein of Netflix’s Stranger Things or HBO’s Game of Thrones. But that blockbuster victory is expected soon: In addition to its $1 billion Lord of the Rings adaptation, Amazon is developing several big-budget home-run swings.

Though Amazon does not spend as much on content as Netflix—$5 billion versus $12 billion—its market cap is six times bigger than its chief rival. It has the money to do whatever it wants. Under new studio head Jennifer Salke, the streamer has struck exclusive first-look deals with hot talent such as Jordan Peele (Get Out), Sam Esmail (Mr. Robot, Homecoming), and writer-producer Bryan Cogman (Game of Thrones) as well as Nicole Kidman’s Blossom Films and Blumhouse Productions. It has positioned itself to make The Great Leap in 2019.

“If I had to put my money somewhere it would have to be on Amazon,” Richard Broughton, an analyst at Ampere Analysis, told The Guardian this month.

Joachimsthaler agrees, albeit on a more holistic scale: “[Netflix] needs to take a page out of one of its competitors’ playbooks—namely, Amazon. It needs to build a platform ecosystem of partners and a digital platform that invites third parties to make money on the Netflix platform. This is exactly what Amazon did.”

Amazon Prime boasts more than 100 million worldwide subscribers, though it is unknown exactly how many of those subscribers take advantage of the Amazon Video features. However, according to internal documents obtained by Reuters in March of last year, 26 million Prime members in the U.S. alone stream Amazon Video content. Given its upcoming slate, that number could skyrocket. 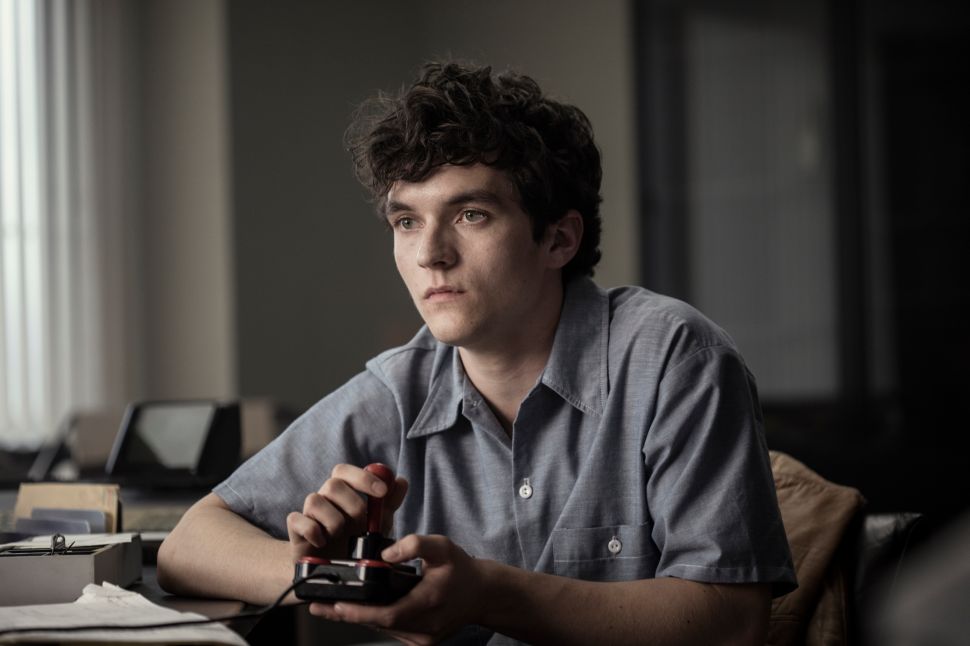