On Monday, Gov. Phil Murphy, along with Sens. Cory Booker and Bob Menendez, took a contingent of federal and state lawmakers on a tour of Amtrak’s Hudson River tunnel, which is in dire need of replacement, according to The Record.

Murphy and his entourage also stopped at the century-old Portal Bridge, which sometimes gets stuck open and doesn’t allow commuter traffic through. Then it was under the Hudson, to see firsthand the damage left behind by Superstorm Sandy on the tunnel built when Theodore Roosevelt inhabited the Oval Office.

Rep. Josh Gottheimer, was on the tour, and—according to NJ.com—said that if federal Transportation Secretary Elaine Chao (wife of Senate Majority Leader Mitch McConnell) and Federal Railroad Administrator Ron Batory had seen what Gottheimer had seen, they’d have agreed on the need for funding. But Gottheimer might have been too optimistic.

President Donald Trump has made it clear he’s not a big supporter of either replacement project, even though New Jersey has agreed to contribute $600 million to the $1.5 billion Portal Bridge replacement plan.

Quote of the Day: “It is important that we pass this bill to protect victims from being forced into silence, to allow them to share their stories and fight for justice if they want to do so,” — Assemblywoman BettyLou DeCroce, on legislation banning the use of non-disclosure agreements that keep victims of alleged discrimination, retaliation and harassment from going public with their stories.

Income Inequality: A Look at Wealth and Poverty in NJ
New Jersey is home to some of the wealthiest communities in the United States, where the average home price is well over $1 million.
Asbury Park Press Read more

A NJ Republican State Senator Just Switched Party Affiliation
“It has become increasingly clear that in order to effect change you have to be part of the discussion and not on the outside looking in,” Dawn Marie Addiego said in a statement.
NJ.com Read more

The E-ZPass Website Has Been Down for Days but Don’t Worry, Your Tolls Are Still Being Collected
New Jersey’s E-Z Pass customer service website has been down for three days after a computer problem affected the automated toll collecting system in several states.
NJ.com Read more

Bill to Prohibit Silencing Victims of Sexual Harassment, Discrimination Advances
New Jersey is getting close to banning the use of non-disclosure agreements that keep victims of alleged discrimination, retaliation and harassment from going public with their stories.
Politico Read more

Grassroots Activists Behind Midterm Blue Wave in NJ Aren’t Done Yet
It would be easy to imagine that the grassroots political groups that were instrumental in creating a blue wave in New Jersey last November would have closed shop and moved on after their victories in the midterm elections. On the contrary, many have become active at the state and local levels, plan to serve as watchdogs to elected officials, and continue to build their organizations in advance of 2020.
NJSpotlight Read more

Moran: Brendan Gill: I Didn’t Hire Alvarez Either
Brendan Gill wants to be clear about one thing: It wasn’t him.
NJ.com Read more

Taxpayers Have Legitimate Reason to Worry About Murphy
Concern is warranted over the critical affordability issues New Jerseyans are facing under the crushing weight of being the most highly-taxed state in the nation.
NJ101.5 Read more

Lawmakers Eye Reining in Proposed $100M in Horse Racing Subsidies
Lawmakers want to curtail $100 million of proposed subsidies to the state’s horse tracks through an amendment that would allow the state Legislature to review whether the subsidies are having their desired effects of boosting the horseracing industry, and whether those subsidies should continue.
NJBiz Read more

Democrats Take charge in Burlington County, May Dump the Pinelands Chairman, Stop the Pipeline
After more than 40 years of being in the minority, Democrats seized control of Burlington County’s governing body this month, and already have joined the fray over a natural gas pipeline that opponents say threatens the Pinelands, a federally protected million-acre tract in New Jersey.
Inquirer Read more

Towns Ask, ‘Should We Raise Taxes to Support Local Arts?’
New Jersey towns could soon have the option to ask their residents if they should raise taxes to fund arts and culture.
NJ101.5 Read more

Newark Mayor Calls for Public Aid After Shooter Injures Four
The mayor of Newark is calling on the public to come forward to help solve the shooting that wounded four girls and women, one critically, during a candlelight vigil in the New Jersey city.
Associated Press Read more 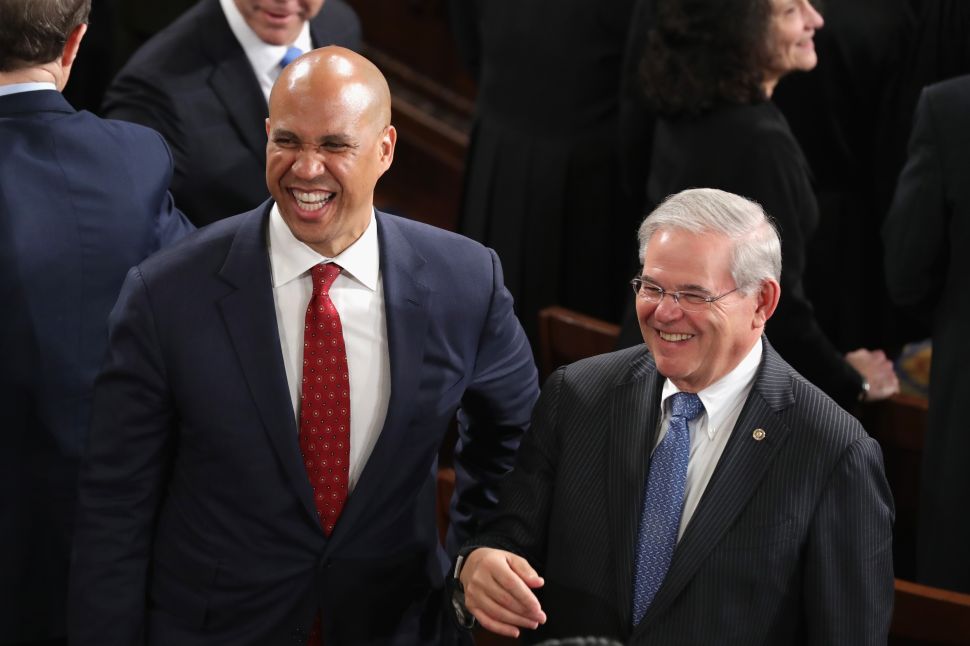