Gov. Phil Murphy is facing another political controversy, this time about a so-called social welfare organization that is producing commercials featuring the governor, pushing his agenda and refusing to disclose who is funding its efforts.

New Direction New Jersey is not legally required to say who funds its efforts, but as Murphy battles fellow Democrats who control the state legislature and yet don’t support his progressive agenda, questions continue to plague the governor about who is trying to help him.

The regulations that allow New Directions to withhold its donors list also requires it function independently of elected officials. But Murphy appears in the group’s ads promoting his plan to quickly raise the state minimum wage to $15 an hour, or more than $31,000 annually for someone who works 40 hours per week. The group is run by Brendan Gill, the governor’s former campaign manager, and three other senior Murphy advisers, according to a report by NJ.com.

As Assemblywoman Holly Schepisi told NJTV News, “How do you say you’re separate from the 501(c)4 when you are appearing in the ads, when the ads solely are there for your agenda?”

Murphy has paid lip service to publicizing the donor list but has not giving any hint of what he knows about who is paying for the ads and supporting his agenda. Group officials say the “toxic political environment” make it necessary to hide their donors’ identities. And Murphy hasn’t indicated that he wants the group to pull its ads, or that he will no longer appear in them.

NJ.com reports that the Murphy administration has referred the matter to State Attorney General Gurbir Grewal, a Murphy appointee, who may look into the donation.

Quote of the Day: “We’re continuing to see the same problems we saw in 2018, and that’s unacceptable,” — Assemblyman Tony Bucco, on continuing problems with NJ Transit Service, even as Gov. Phil Murphy and transit officials told commuters that service would begin to improve.

Senators Call for End to ‘Pointless Shutdown’ as Travelers Face Uncertainty at the Airport
Transportation Security Administration employees, who are tasked with handling security at the nation’s airports, face missing their first payday this Friday due to the ongoing government shutdown.
NJ.com Read more

Trump Wants to Drill Off the Jersey Shore
Rep. Frank Palllone Jr., the new chairman of the House Energy and Commerce Committee, is once again pushing to ban oil and gas drilling in the Atlantic Ocean.
NJ.com Read more

Here’s Where the Government Shutdown Is Hitting New Jersey the Hardest
The owners of Alementary Brewing Co. in Hackensack were eyeing a January opening for a brand-new, 13,000-square-foot production facility. New fermenters and high-speed canning and packaging lines were to quadruple the company’s brewing capacity, enabling it to distribute its popular lager and other seasonal beers beyond New Jersey’s borders.
The Record Read more

Murphy Fails to Learn From Mistakes
A new year is a time for new beginnings, but Gov. Phil Murphy continues to struggle to recover from a series of missteps during his first year in office.
NJ101.5 Read more

Murphy Aides Testify as Inquiry Into Katie Brennan Sexual Assault Claim Continues
Lawmakers on Tuesday pressed allies of Gov. Phil Murphy on how they responded to a sexual assault allegation during his campaign that spread to virtually every high-ranking official in his inner circle but never made it to Murphy or led to disciplinary action against the alleged accuser.
Daily Record Read more

SDA Boss Says She Was Not Told About Alvarez Allegations
Schools Development Authority CEO Lizette Delgado-Polanco testified Tuesday that she was unaware her former chief of staff, Al Alvarez, had been accused of sexual assault during the roughly two months they worked together.
Politico Read more

Murphy Staffer Accused of Rape Told His Boss It Was Consensual
Albert J. Alvarez, the former official in Gov. Phil Murphy’s administration accused of sexually assaulting Katie Brennan during the 2017 campaign, told his boss before resigning in October that he was being falsely accused of rape and that the encounter was consensual.
NJ.com Read more

Murphy Transition Chair Doesn’t Know Who Hired Alvarez
The head of Gov. Phil Murphy’s transition team testified Tuesday that he does not know who appointed Al Alvarez to a state job, even though he had introduced the former campaign adviser to his future boss at the Schools Development Authority.
Politico Read more

Dark Money Debate Embroils Murphy, Sweeney
A seemingly benign TV ad promoting a minimum-wage hike in New Jersey has ballooned into a political controversy for Gov. Phil Murphy just as he tries to push his agenda through the Legislature.
NJTV News Read more

Currie Might Be Challenged
John Currie has been the Democratic Party’s state chairman for five and a half years. Last month, Essex County Democratic chairman LeRoy Jones let it be known he might challenge Currie for the state chairmanship next January.
NJTV News Read more

When Exactly Will NJ Transit Service Get Better?
Last month, New Jersey Transit announced it had completed the first phase of Positive Train Control installation, meeting a federal deadline for the end of the year. Commuters were told that meant they could expect to see rail service slowly begin to improve, without so many trains out of commission.
NJ101.5 Read more

McGreevey Fired as Head of Jersey City Job, Prisoner Re-Entry Non-Profit
Former Gov. Jim McGreevey, who was hired nearly six years ago to run a non-profit that manages Jersey City’s job training and prisoner re-entry program, was fired at a special meeting of the non-profit’s board on Monday night.
NJ.com Read more

NJ Doubles Security Funding for Religious and Private Schools
Religious and private schools in New Jersey will get an additional $11.3 million in security funding from the state—doubling the amount they currently receive—under a bill Gov. Phil Murphy signed into law Tuesday.
The Record Read more

Hoboken Doesn’t Want to Become ‘Hard-Partying Pot Destination,’ But It Could Use Marijuana Money
One subway stop from Manhattan, two New Jersey cities stand to score big from recreational marijuana. But they may get scooped on sales as mayors push state lawmakers for more public-safety money and justice for residents with criminal pot records.
Inquirer Read more

NJ’s Top Court Just Made It Easier for Recovering Addicts to Clean Up Their Criminal Records
Graduates of New Jersey’s drug court programs will have an easier time expunging their criminal records under a ruling from the state’s highest court.
NJ.com Read more

NJ Highway Fatalities Fell 9.3 Percent in 2018. Is It a Trend or Good Luck?
Fifty-eight fewer people died on New Jersey roads last year than in 2017, according to numbers released by the State Police.
Asbury Park Press Read more

First New Jersey Child Dies of Flu This Season
A child from Central Jersey has died due to complications from the flu, the first pediatric death since the flu season began in late October.
The Record Read more

New Jersey Sex Assault Victim Wants College Held Liable
A lawyer for a female New Jersey college student who was sexually assaulted at a fraternity party and then driven across campus and assaulted again is asking a U.S. appeals court to hold the college liable.
Associated Press Read more

Mahwah Expected to Propose Pay Raises for Mayor, Council
The Township Council is expected to introduce an ordinance to increase salaries for its elected mayor and members at Thursday’s meeting.
The Record Read more

Rockaway Township Council Has New President
With failed recall efforts behind him, Jeremy Jedynak stepped down as council president and was replaced by a surprised first-term Councilman Tucker Kelley.
Daily Record Read more 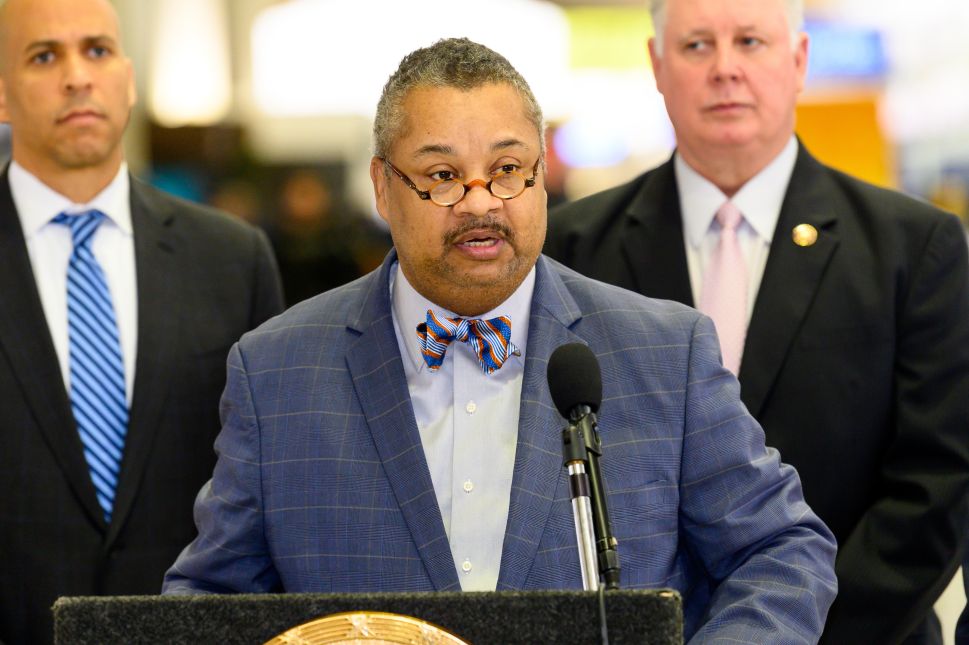