Legislative leaders and Gov. Phil Murphy all want to raise the state’s minimum wage to $15 per hour, but no one seems quite sure when action on any plan is going to move forward.

Murphy was scheduled to meet with Senate President Steve Sweeney and Assembly Speaker Craig Coughlin on Thursday to, among other things, hash out their differences on how to go about raising the minimum wage. While all three are Democrats, Murphy wants to see the hike applied faster and to more people than Sweeney and Coughlin do.

Thursday’s meeting was cancelled because Murphy’s chief of staff had to testify before a special legislative committee investigating the Murphy administration giving a high-paying job to an operative on the governor’s campaign who is accused of raping a campaign volunteer, according to NJ.com.
The newsite said the meeting would have been the first between Murphy and the legislators since they held a two-hour meeting 28 days earlier. A make-up meeting hasn’t been scheduled, according to the report.

Sweeney told the site that while progress was made at the December meeting, Murphy has yet to respond to a proposal about raising the wage Sweeney and Coughlin sent after the gathering.

At an event Thursday, Murphy insisted that progress was being made, citing ” a very significant amount of communication in the margins,” according to the report.

Murphy said that while he was optimistic a deal could be reached, he also admitted he didn’t know when such an agreement might be arrived at.

Quote of the Day: “Consistent with our EEO training, Mr. Platkin and I decided that I would relay Ms. Brennan’s claims to my EEO counterpart at the Attorney General’s Office for appropriate action,” — Heather Taylor, the state’s chief ethics officer, on why she didn’t take further action after learning of allegations a highly placed member of the administration, raped a volunteer on Gov. Phil Murphy’s campaign.

Top Dems Insist They’re Close to a Deal on $15 Minimum Wage
Gov. Phil Murphy and top state lawmakers indicated about a month ago that a deal on raising New Jersey’s minimum wage to $15 an hour was imminent.
NJ.com Read more

Murphy’s Top Aide Says He Did Not Help Man Accused of Assaulting Katie Brennan Find a Job
Gov. Phil Murphy’s chief of staff testified Thursday that he did not help a state official find a new job after word of a sexual assault allegation about him spread within the administration and he was asked to leave state government.
The Record Read more

Murphy-Sweeney Feud Could Lead to Laws Shining Light on Dark Money
The continuing feud between New Jersey’s two most powerful Democrats could lead to the state finally enacting contribution-disclosure laws for dark-money groups that New Jersey’s campaign watchdog and good government activists have been seeking for years.
NJSpotlight Read more

These NJ School Districts Will Now Get Money to Create or Expand Preschool Under Murphy Plan
Nearly three dozen public school districts in New Jersey have been tapped by Gov. Phil Murphy’s administration to receive a second round of taxpayer-funded state aid to create or expand preschool programs.
NJ.com Read more

Freeholders: Ocean County to Fund Food Stamps If Federal Shutdown Goes on for Months
No one will go hungry in Ocean County. That was the commitment Freeholder Director Virginia E. Haines and Freeholder Jack Kelly made after a caucus session Wednesday evening.
Asbury Park Press Read more

NJDOT Offers Advice for When a Snow Storm Hits: Work From Home, Drink Hot Cocoa
The people who took the heat for the response to the Nov. 15 snow storm that snarled traffic and made for commute times as long as a work day have some driving hints when the next big storm hits.
NJ.com Read more

The Biggest War on Plastic Is in New Jersey
The global push to ban everyday plastic products that litter oceans and waterways has no greater fight in the U.S. in 2019 than in New Jersey, where the most far-reaching set of plastics regulations in the nation is slowly making its way through Trenton.
The Record Read more

EDA Supporters, Feeling State Audit Was Overly Harsh, Fight Back
“What was the biggest business ‘win’ in the state of New Jersey in 2018?” the person asked.
ROI-NJ Read more

‘Dr. Marijuana’ Suspended for Indiscriminately Referring Thousands of Patients for Medical Weed
Anthony Anzalone called himself “Dr. Marijuana” and the “NJGreenMD” because he was among the first physicians to participate in New Jersey’s medicinal marijuana program and claimed he referred more patients than any of his peers.
NJ.com Read more

Democratic Donor Among Six Given Go-Ahead for New Cannabis Dispensaries
Cannabis Executive Elizabeth Stavola contributed more than $35,000 to Gov. Phil Murphy and the New Jersey Democratic State Committee in the months before receiving conditional approval from the Department of Health to open a medical marijuana dispensary in Atlantic City.
Politico Read more

Ocean County Republican Boss Charged With Tax Evasion
After years of being under investigation, one of New Jersey’s top political figures has been accused of federal tax evasion and owing more than $1.5 million while spending lavishly on vacations and multiple homes.
NJ101.5 Read more

Amid Shutdown, Local Officials Buy Lunch for TSA Screeners
There are warm gestures and then there are fresh-out-of-the-oven warm gestures.
NJ.com Read more

Borgata Announces $11M Sports Book and Bar Project
Borgata Hotel Casino & Spa in Atlantic City announced this week that it will be adding a combination sports book and bar as part of an $11 million development project.
ROI-NJ Read more

Ocean Resort Casino in Atlantic City Gets New Owners After Only Six Months
It’s the latest indication that the New Jersey seaside resort may have bitten off more than it can chew when it reopened two shuttered casinos last summer.
NJ.com Read more

Ruling Puts Jersey City Agency on the Hook for Millions Annually
The Jersey City Municipal Utilities Authority will find out this year how much it will have to fork over to the Rockaway Valley Regional Sewerage Authority to operate and maintain wastewater treatment facilities near the city’s Boonton reservoir.
Jersey Journal Read more

Jersey City Council Votes to Take Away a Tax Break
Jersey City’s council did something stunning on Wednesday. It took away a tax break from a Downtown real estate developer.
NJ.com Read more

Women Suing Prosecutor Describe Retaliation, ‘Culture of Cronyism and Sexism’
In their latest volley against Atlantic County Prosecutor Damon Tyner, three current and former employees announced a lawsuit against him and several assistant prosecutors Thursday, claiming Tyner created a “toxic culture” for women in the office, demoted and underpaid them, ignored their harassment complaints and retaliated against those who spoke up.
NJ.com Read more

Fulop: A Utility Will Help Pay For and Control Stormwater and Pollution—A Growing Concern Due to Climate Change
It’s important to not only look at the day-to-day hurdles in front of us, but to also consider the longer term issues that the city will face for the next generation. From that standpoint, the issue of stormwater flooding and climate change is becoming a major concern.
NJ.com Read more 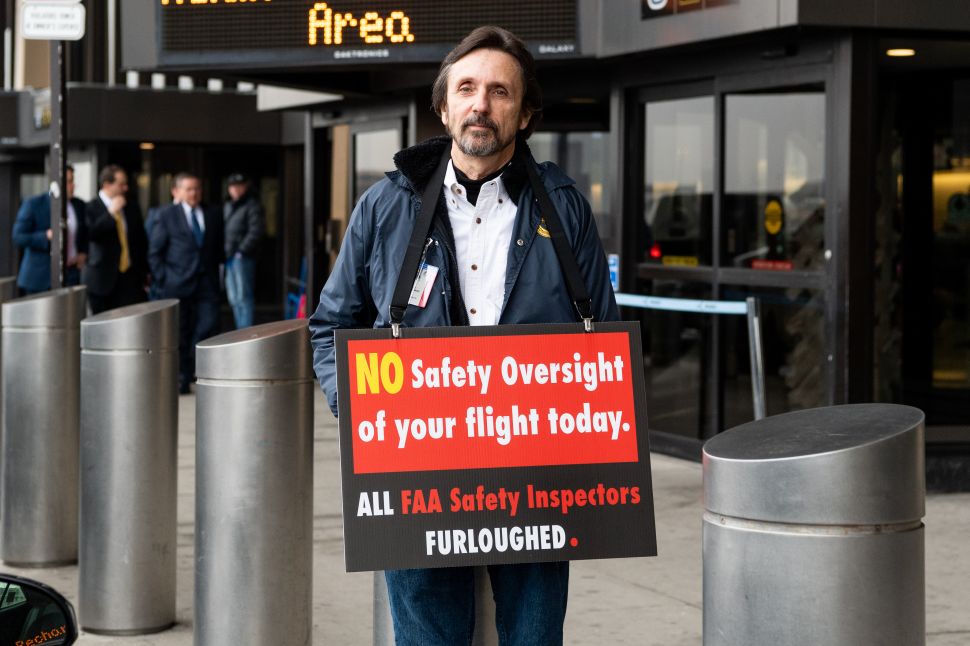