Intelligence agency directors told Congress that North Korea is unlikely to give up its nuclear weapons—contradicting promises made by the White House.

“We currently assess that North Korea will seek to retain its [weapons of mass destruction] capabilities and is unlikely to completely give up its nuclear weapons and production capabilities because its leaders ultimately view nuclear weapons as critical to regime survival,” said director of national intelligence Dan Coates on Tuesday.

The revelations come ahead of President Donald Trump’s second summit with North Korean leader Kim Jong-un later in February. Although the president declared the regime “no longer a Nuclear Threat” via Twitter in the aftermath of the first summit last year, his foreign policy aides have approached the denuclearization issue with more skepticism.

Just landed – a long trip, but everybody can now feel much safer than the day I took office. There is no longer a Nuclear Threat from North Korea. Meeting with Kim Jong Un was an interesting and very positive experience. North Korea has great potential for the future!

“They have not lived up to the commitments so far,” National Security Advisor John Bolton told The New York Times last month. “That’s why I think the president thinks another summit is likely to be productive.”

During Tuesday’s hearing, CIA Director Gina Haspel said North Korea “is committed to developing a long-range nuclear-armed missile that could pose a direct thread to the United States.” The directors also broke with the White House over Iran’s nuclear capabilities, saying the regime is cooperating with the nuclear pact put in place by the Obama administration.

“They are making preparations that would increase their ability to take a step back if they [withdraw],” continued Haspel. “At the moment, technically they are in compliance, but we do see them debating among themselves because they haven’t seen the economic benefits they hoped for from the deal.” 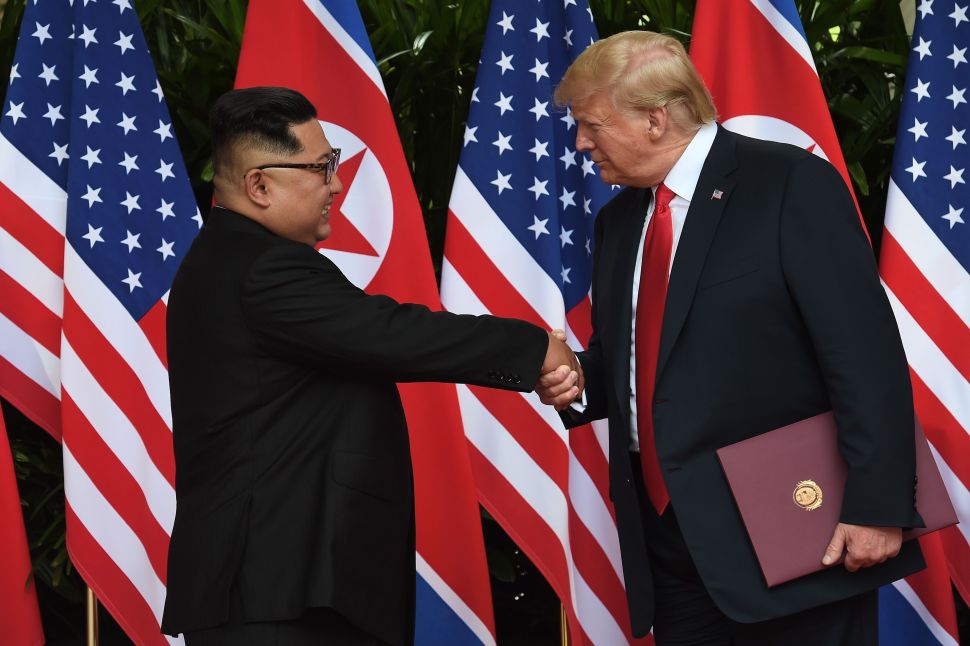