The true icon that is Oprah turned 65 this week, and she celebrated the occasion at one of her most favorite places: David Geffen’s 454-foot yacht, Rising Sun.

Geffen has hosted many famous faces on the Rising Sun over the years, including Julia Roberts, Leonardo DiCaprio and frequent guest Karlie Kloss, and it’s all been kindly documented on Geffen’s Instagram. And, of course, we’ll never forget that time Barack Obama became a true Instagram Husband aboard the yacht in Tahiti while snapping Michelle Obama posing on the deck.

But Oprah is one of Geffen’s most treasured guests, so it only makes sense that she’d ring in the big 6-5 on the yacht, along with her pal Gayle King and King’s son. The brief three-night Caribbean getaway started on Monday, when the crew flew into St. Martin and headed for the Rising Sun. They then glided over to St. Barths, where they docked in Gustavia for three nights.

Happy birthday DEAR @oprah who did NOT want a bd cake so I requested the kind I like! It was delish perfect for the birthday girl !

It was a low-key fete—just a couple of billionaires and friends aboard a multimillion-dollar yacht, with red wine and cake and an enviable St. Barths background. King documented the celebration and posted an Instagram slideshow for her best friend’s big day, including a photo of Oprah blowing out a single candle on a white frosted cake that she captioned, “Happy birthday DEAR @oprah who did NOT want a bd cake so I requested the kind I like! It was delish perfect for the birthday girl.” Now we all know what to get Gayle for her next birthday.

The group did not go ashore for the festivities, or at least they didn’t document it that night. Instead, they watched the Leaving Neverland documentary, as King informed her Instagram followers. They returned to St. Martin to jet home yesterday.

Sadly, neither Oprah nor Geffen have shared their own snaps from the trip, though we’re holding out hope Geffen won’t let us down. If we’re lucky, maybe we’ll get a Leo-esque selfie. 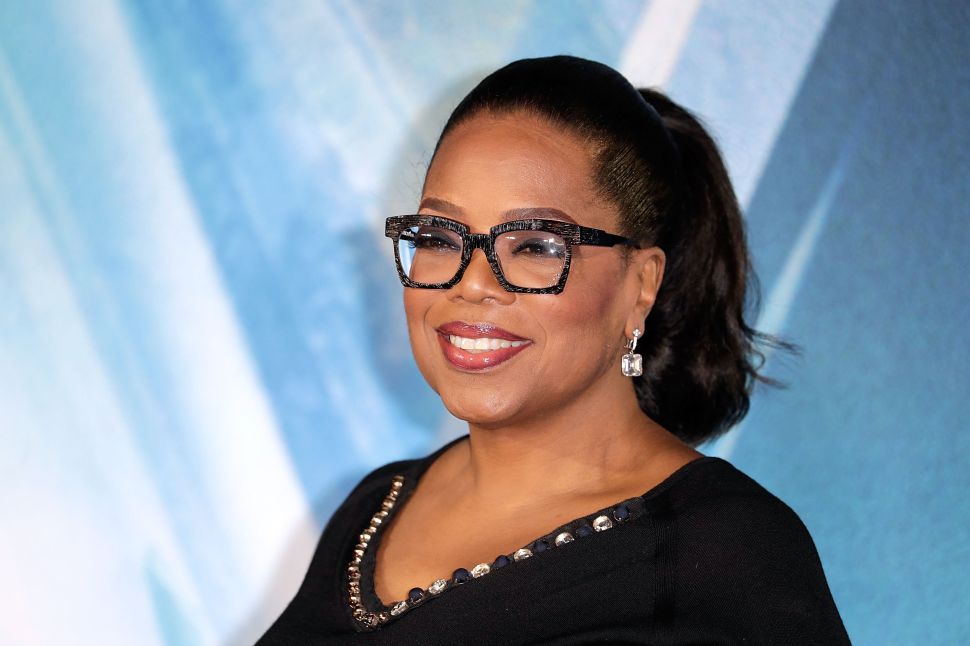