The complete list of nominations for the 2019 Academy Awards is ready for the world to see, and it’s a doozy, throwing curveballs at all of us prognosticators with our predictions and educated guesses. While we don’t like the word “snub” around here, we will say that this year’s crop of nominees includes quite a few surprises and elicits its fair share of question marks. Let’s run through all the unexpected uncertainty—because Best Actress was one of the few main categories that unfolded exactly as expected—and try to figure out what it means for this year’s Oscars.

The Surprise: Barry Jenkins’ If Beale Street Could Talk is a vastly superior film to Bohemian Rhapsody and Green Book. We’re shaking with rage so intently right now that we’re just going to stop before we break our keyboards.

[Forrest Gump voice]: That’s all I have to say about that.

The Surprises: Shout out to The Hollywood Reporter‘s Scott Feinberg for being one of the only major trade reporters to correctly predict Pawlikowski’s inclusion in this category. But regardless of the competition, this award belongs to Cuarón. You can lock that in.


What is most shocking, however, is who isn’t in the running: Bradley Cooper for A Star Is Born. Despite a stellar filmmaking debut and the long-standing presumption that the first-time director was a front-runner, the Academy elected not to nominate him. This is especially significant as it deals a major blow to A Star Is Born‘s Best Picture hopes; only four films in the Academy’s 90-year history have managed to take home the top prize without a directing nod. History isn’t on Cooper’s side.

Also, let’s pour one out for two deserving candidates who didn’t make the cut: Barry Jenkins (If Beale Street Could Talk) and Damien Chazelle (First Man).

The Surprise: The Academy likes to pick and choose when it nominates great performances from not-so-great movies. Sometimes their choices are deserving, and sometimes they are not. In the case of Dafoe, who plays Vincent Van Gogh, it’s the former. Dafoe is absolutely magnetic in a film that otherwise doesn’t boast much charm. But his nomination likely comes at the expense of Ethan Hawke, who gave a career-best performance in First Reformed (a better movie) and led all the actors with a staggering 32 wins this awards season for the role.

The Surprise: This category will come down to Adams vs. King, with our money coming in on the latter. While Roma is most definitely a unique achievement in movie-making this year, the story so wholly belongs to Yalitza Aparicio’s protagonist (don’t worry, she was nominated for Best Actress) that we find it a bit of a shock to see De Tavira highlighted as well. She gives a naturalistic performance that perfectly compliments the film’s lead, but Claire Foy is downright powerful in First Man, with a greater impact on the central story.

The Surprises: Driver and Rockwell are both phenomenal actors whom we’d watch in anything (come to think of it, they should do a buddy cop movie together). But Driver’s BlacKkKlansman character was naturally overshadowed by John David Washington’s (who missed out on a Best Actor nod), while Rockwell didn’t log in nearly as much screen time as George W. Bush in Vice to warrant such consideration.

It’s also surprising to see  Everyone’s Internet Boyfriend Timothée Chalamet, long considered a lock to be nominated for his portrayal of a young drug addict, left out here. We understand that Beautiful Boy didn’t live up to the hype (it has a 68 percent on Rotten Tomatoes), but Rami Malek is arguably the Best Actor front-runner for an inferior film (62 percent). It’s very odd. Michael B. Jordan, meanwhile, is the heart of Black Panther, the biggest movie of the year and Marvel’s most sophisticated creation.

The Ballad of Buster Scruggs (Joel Coen and Ethan Coen)
BlacKkKlansman (Charlie Wachtel, David Rabinowitz, Kevin Willmott and Spike Lee)
Can You Ever Forgive Me? (Nicole Holofcener and Jeff Whitty)
If Beale Street Could Talk (Barry Jenkins)
A Star Is Born (Eric Roth, Bradley Cooper and Will Fetters)

The Surprises: The Coen Brothers are, without question, two of the finest working filmmakers in America. They are titans of the medium whose prolific output and unmatched creativity should be recognized by every film fan. But The Ballad of Buster Scruggs, a Western anthology featuring six standalone short narratives, is one of the duo’s most divisive pictures. Many were turned off by its unrelenting and depressing cynicism. So this decision is a bit mystifying.

After Black Panther‘s nod with the Writers Guild of America, many thought it had a great shot at scoring a nomination here. Without it, the blockbuster’s Best Picture hopes are all but shot.

The Surprise: That Justin Hurwitz wasn’t nominated for his work on First Man is perhaps the biggest travesty of this year’s Oscars. It’s an unconscionable oversight considering his blitzing, billowing and powerful score. For a film that surprised many with its silence, First Man‘s music makes a strong case for being its main character. 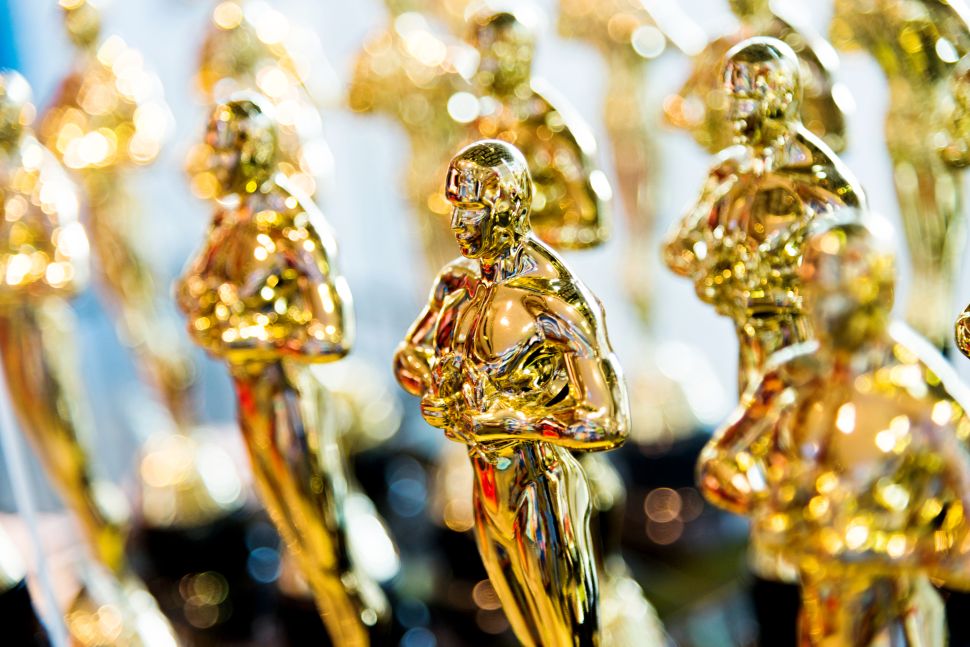