In its latest push for regime change in Venezuela, the White House on Monday slapped sanctions on the regime’s state-owned oil firm, Petroleos de Venezuela (AKA PdVSA).

“The path to sanctions relief for PdVSA is through the expeditious transfer of control to the interim president or a subsequent democratically elected government who is committed to taking concrete and meaningful actions to combat corruptions,” said Treasury Secretary Steven Mnuchin during a White House press briefing.

To lift the sanctions, according to Mnuchin, Venezuelan President Nicolás Maduro must transfer power to opposition leader Juan Guaidó. With the backing of the international community, Guaidó named himself the country’s interim president last week—creating a standoff between the United States and the current Venezuelan regime.

When asked on Monday whether President Donald Trump was considering sending military forces to facilitate the regime change in the region, National Security Advisor John Bolton replied that “all options are on the table.”

In announcing the sanctions, Mnuchin called PdVSA “a vehicle for embezzlement” for the Maduro regime. The state company, however, has also been a vehicle to funnel donations into the president’s political operations. According to a Federal Election Commission (FEC) report last year, Citgo Petroleum—an American subsidiary of PdVSA—donated $500,000 to Trump’s inauguration ceremonies. 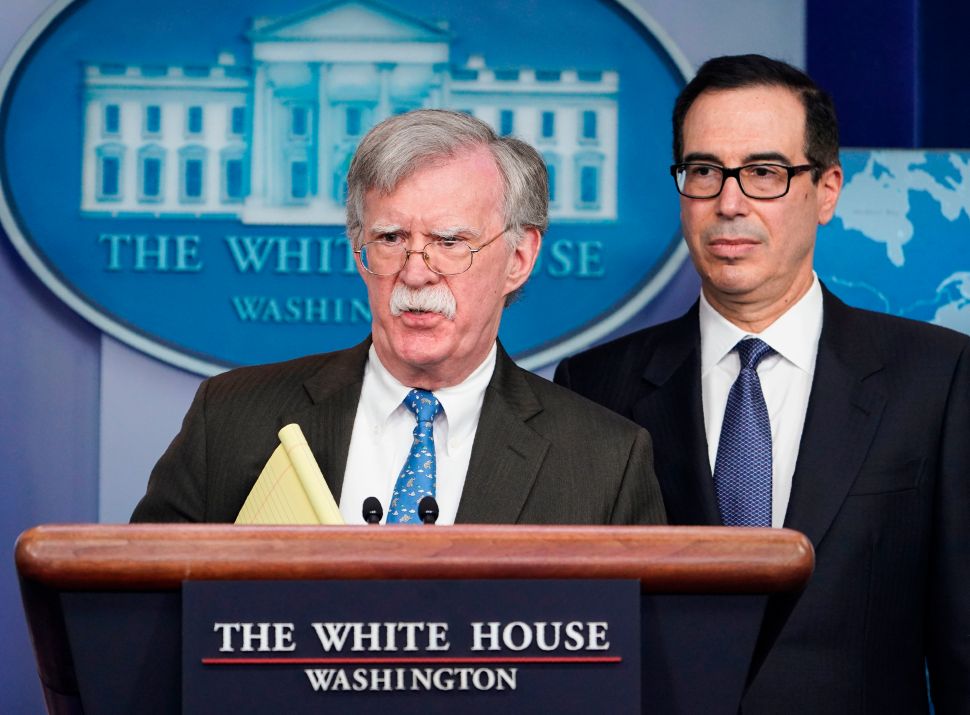