Nearly three months after news broke that Pete Davidson and Ariana Grande had ended their short-lived relationship, the Saturday Night Live star is still mourning the loss of his former paramour.

On Monday evening, Davidson performed a stand-up set at the Chevalier Theatre in Boston in which he confessed to the audience that he cried to his mother after the pair split in October. He also specifically addressed how he’d felt after the release of “Thank U, Next,” the surprise single Grande dropped in November just 30 minutes before an episode of SNL was set to begin airing.

Still smarting from the breakup and dealing with the fresh impact of the soon-to-be ubiquitous song, the comedian and sleazecore avatar had to head onstage and perform SNL sketches, as usual. “That shit came out before I had to put on a fucking duck hat and be like, ‘Derrrp here’s the pizza!,'” Davidson told the Boston audience. “So all my friends were there. It was a sad day. We didn’t know it was going to happen.”

The initial sting Davidson felt about the breakup anthem—which graduated to become Grande’s first No. 1 single on the Billboard Hot 100—is understandable. After all, “Thank U, Next” is Grande’s mellow meditation on all the prominent exes who weren’t quite right for her. Also, the track’s record-breaking music video includes a Mean Girls parody that shows Grande writing “sry I dipped” in the page of her Burn Book, which is a reference to Davidson. It’s not harsh, but it’s unmistakably a kiss-off—a flippant dismissal from someone who clearly has no interest in being romantically involved with him.

“Here’s the thing about the breakup song: Usually, breakup songs, you know who it’s about, but you don’t really know,” Davidson joked during the stand-up set. “That G named all of us. Bam. This diabolical genius named all of us. And then tells us, ‘Yeah, he has a big dick.'” (Davidson is one of the many celebrities who’ve recently been identified as possessors of BDE, or Big Dick Energy).

Over the years, Davidson has been open and frank about his struggles with depression, borderline personality disorder and chronic illness. But in this case, Davidson owes a big debt to Grande. She essentially told the entire world that he has a huge package, practically guaranteeing that he’ll have no issues getting laid for the rest of his life.

Look, we get it. Having your heart broken by a musician is something innumerable people can relate to. That Davidson was dumped by none other than superstar pop diva Ariana Grande makes him particularly unlucky. But perhaps he should follow the good advice that she herself has been spreading in much of her new material, especially “Thank U, Next”: By practicing grace and patience and accepting that some things simply don’t work out, we can shake off the negative energy and move on.

The good news is that Davidson may be making strides to do just that, as least with his routines. At his Boston show, he also made a wisecrack about disgraced comedian Louis C.K., whose recent leaked stand-up set featured C.K. mocking both victims of the Parkland shooting and gender-non-conforming individuals.

“I got a Harry Potter tattoo. Then the next day Alan Rickman, the guy who played Snape, died,” Davidson said. “And I was like, ‘Oh, what a weird coincidence.’ Then I got a Willy Wonka tattoo. Next day, Gene Wilder dies. Now I’m like, ‘All right, that’s not a coincidence, that’s weird.’ So, I’m thinking of getting a tattoo of Louis C.K. What do you guys think?”

Being dumped by one of the most famous women in the world will always suck, but it’s refreshing to see Davidson’s sharp wit still very much intact. 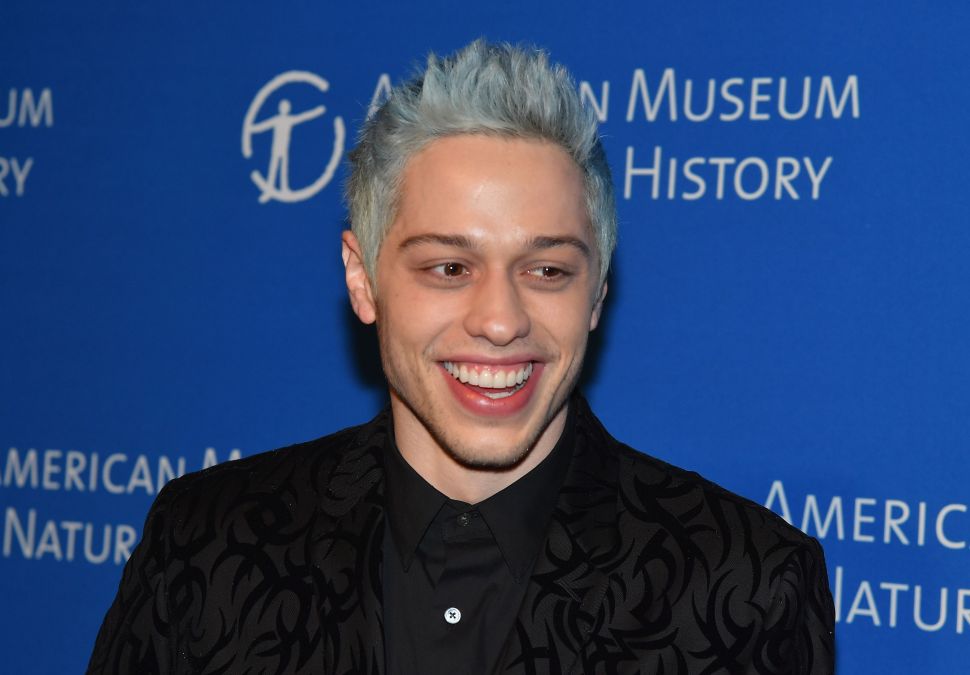