As long as Donald Trump is in the White House and the Democratic Party continues shifting about, looking for a winning message, it’s a challenge to make any type of political or economic predictions about the future. But previous years, and stubborn personalities, have given us a few clues as to what we can expect in 2019. Check out our five fearless forecasts for 2019 and get ready to hang on for a wild ride.

1. Both Parties Declare Victory in the Border Wall Shutdown

As January begins, there will be no end in sight to the border wall shutdown. Trump will refuse to give in on his demands for a border wall, while Democrats deny him the ability to build one. But after a bit more time in office, new House of Representatives Speaker Nancy Pelosi and President Trump will sign an agreement that will allow each side to declare victory.

There will likely be more money for border security in the new deal, and Republicans will try to spend at least a portion of that cash on something like that steel slat stuff. After that fight is over, Trump will head to Capitol Hill in search of allies for his infrastructure plan which seeks to bring more private investments into the process; Democrats, on the other hand, will presumably use their new House subpoena power to look for Trump’s possible connections to Russia.

2. The Economic Recession of 2019 Begins

The stock market meltdown of the final quarter of 2018 is sure to have investors jittery. However, the year will begin on a good note, as consumers snatch up bargains leftover from last year. And the optimism from the probable bipartisan deal on the border will provide an early sunny outlook for 2019, though the Federal Reserve seems ready to raise interest rates to head off concerns about inflation. The economic fall from the fall of 2018 will begin to be a distant memory…

… Until the late spring of 2019, when the Chinese stock market will likely start rapidly nosediving, thanks to remaining concerns about the growing threats from tariffs. Sensing blood in the , Trump will redouble his protectionist talk, hoping to get a better trade deal from President Xi Jinping. But by the time an accommodation can be reached, it will be too late. Like a superbug, the lack of confidence in markets spreads to other indices, triggering a worldwide sell-off as everyone tries to pull back on buying. Everyone will point fingers economically and politically, showing that the lessons of 2018 didn’t sink in, and the negative growth will begin to head into 2020.

There are three gubernatorial races occurring in 2019, all in the South. Though all three states voted handily for Trump, it will be a good year for Democrats. First of all, Kentucky GOP Governor Matt Bevin, currently stuck with a 30 percent approval rating (versus a 55 percent disapproval rating, from Morning Consult), will go down swinging, calculating that voters want more of the bombast that gave him a narrow upset four years ago. Instead, Kentuckians will elect Attorney General Andy Beshear, son of former popular Governor Steve Beshear, for his stance on bringing back his father’s well-received health care plan. Speculation will immediately begin on whether Senate Majority Leader Mitch McConnell (R-Ky.) is vulnerable, as well as who will challenge him.

In Louisiana, Democratic Governor John Bel Edwards, who won in an upset back in 2015, sports a far better (47 percent) approval rating versus a disapproval rating of only 34 percent according to a Morning Consult poll.  Trump’s tariffs will likely continue to hurt the state, and GOP numbers. Edwards will hang on against GOP Rep. Ralph Abraham, who will have to fend off a challenge from Dr. Charles Boustany, a former Republican representative. Pundits will immediately start speculating on whether or not Edwards will challenge Bill Cassidy or John Kennedy, Louisiana’s GOP senators. If there’s a silver lining for Republicans, it’s that they will manage to hold on to most of their down-ticket offices.

In Mississippi, there’s an open seat as popular Governor Phil Bryant is term-limited, and Democratic Attorney General Jim Hood is ready to step in as the front-runner. Lt. Governor Tate Reeves will most likely be the Republican nominee, but a bloody primary against frequent conservative challenger Chris McDaniel and State Rep. Robert ‘Farmer Bob’ Foster will leave Reeves’ campaign war chest depleted and without enough support from his base to stop Hood from retaking the governor’s mansion for the Democrats. Such results will give Democrats additional optimism heading into 2020.

4. Russia Goes to War With Ukraine

Vladimir Putin long assumed that the rebels in East Ukraine would be doing better in their insurgency against the West-leaning Ukrainian regime. But after several years of no progress, the Russian president will begin to lose patience, fearing that his plan to rebuild the old Soviet Union might not win the most valuable piece of the puzzle. Calculating that the United States will stay neutral, and that Trump would block any North Atlantic Treaty Organization (NATO) action, Putin will commit some of his forces to the fray.

It will most likely begins with a pretext, similar to the naval dustup in the Sea of Azov in 2018. Russia’s authoritarian leader will use this as an excuse to provide even more direct support to the rebels. Western Europe’s leaders will cry foul and send all kinds of supplies to the besieged regime in Kiev, although troops won’t be forthcoming. Putin can’t risk an all-out invasion, so he will rely upon security contractors like Wagner and covert support to do the trick. The war will eventually become a stalemate, dragging into next year with no winner in sight.

Despite all of the Democrats’ good news in the House of Representatives and gubernatorial races in 2018 and 2019, that optimism will no doubt trigger a bloodbath on the campaign trail, as more candidates emerge, stake out a few positions and accuse the other candidates of being either insufficiently progressive, or too close to anything representing a corporate connection.

Bernie Sanders supporters will launch attacks on others, similar to their war of words on Beto O’Rourke, while liberal candidates try to pull down former Vice President Joe Biden’s numbers. At the end of the year, Biden will have a slight lead over Sanders and a dozen Democrats in single-digits, with support from those candidates being sought as Iowa and New Hampshire kick into high gear.

By the end of 2019, we should be in the midst of an economic recession, political gridlock, a European war and a resurgent Democratic Party struggling with in-fighting. Here’s hoping I am wrong but concerned that I just might be right. 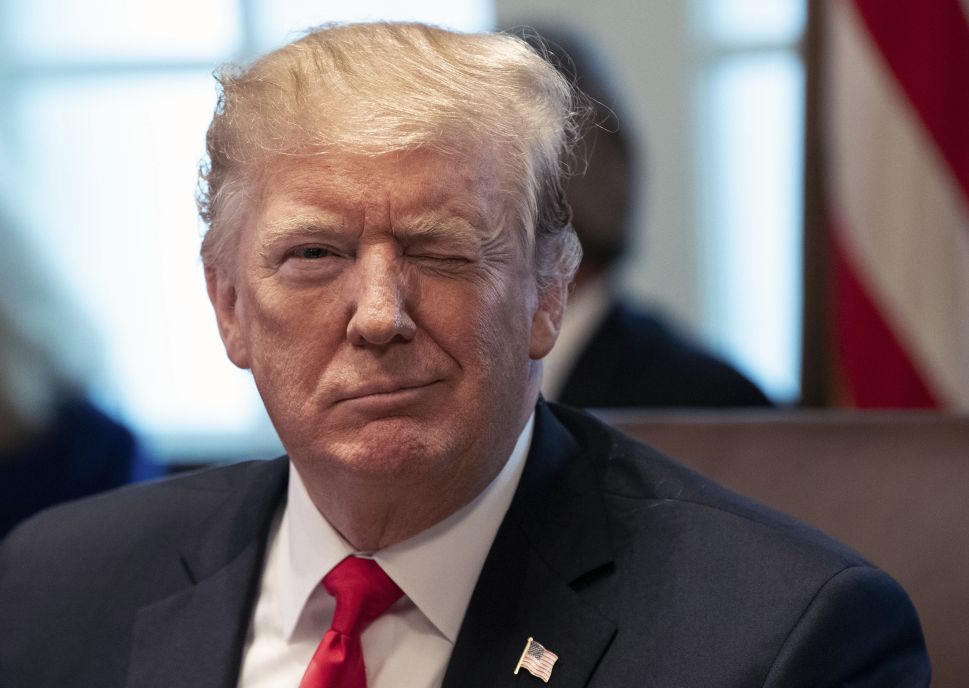