With a baby on the way and a house to cultivate, relatively new newlyweds Prince Harry and Meghan Markle, Duchess of Sussex, are staying vigilant about their health and wellness. Harry has apparently given up drinking for the duration of Meghan’s pregnancy, quit smoking and caffeine altogether, and is currently sticking to regular workouts and an early-morning Buddhist meditation routine, reports Vanity Fair.

Many happy couples expecting their first child would be eager to cut back on unhealthy habits, but Prince Harry’s highly visible transition into marital bliss and impending fatherhood has apparently alarmed some in his inner circle. “We never thought Harry would be raving about yoga, but he loves it,” a source identified as one of the prince’s friends told Vanity Fair. “He looks great, he’s lost weight, he’s super healthy and I think he’s really happy, although I’m sure he does miss going out with some of his old mates for the occasional pint.”

Of course, the underlying narrative being slyly referenced here is that Prince Harry was a bit of a party monster until he fell for and committed to former Suits actress and lifestyle blogger Markle, the only woman evidently capable of taming his primal urges and channelling his restlessness into intermediate Vinyasa sequences.

“Harry used to love lying in, but he’s up super early with Meghan, and the first thing he says he does is a workout, then he has a green juice,” the same friend elaborated. “Meghan is definitely behind his new regimen. They both see a nutritionist and are into their supplements.”

Harry’s anonymous buddy is making his feelings quite plain here: The Prince, who’s been raucously schmoozing and boozing all over the world until quite recently, has been domesticated and spruced up by his wife beyond all recognition. This seems like a logical, recognizable explanation to fall back on, but here’s why it may ultimately fall short: The oft-repeated idea that Markle rescued Harry from the lonely existence of middle-aged bachelorhood is tempting, but it also reinforces antiquated gender stereotypes that decree who is allowed to be wild and who is not.

The reason for Harry’s new juice obsession may be quite simple: Sometimes the mildest and most low-key among us behave badly in group settings, smiling and laughing loudly to deflect from the fact that what we’d rather be doing is chilling at home, away from the spotlight. Maybe Harry wasn’t “reformed” or “changed” or “domesticated” by his vibrant, complex, wholesome wife. Maybe he just finally met someone with whom he felt comfortable being himself. 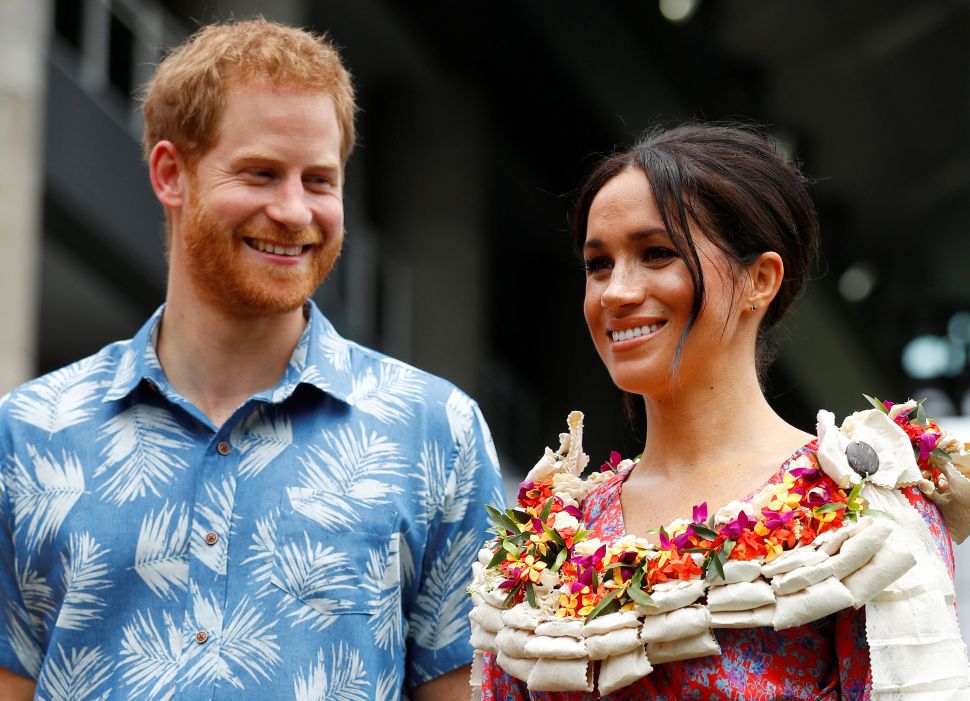