The next royal baby is on the way, and Prince Harry and Meghan Markle are already making sure their child gets a very on-trend room. The Duke and Duchess of Sussex are in the midst of a £3 million renovation at Frogmore Cottage, the Windsor estate where they’re planning to move before they welcome their first child in the spring, and the nursery is one of their biggest projects.

Prince Harry and Meghan decided against finding out the baby’s sex and are designing a gender-neutral nursery, so don’t expect a lot of pinks or blues. Royal expert Katie Nicholl explained in Vanity Fair that the Duchess of Sussex chose a monochrome color palette, with whites and grays as the primary tones.

Harking back to her lifestyle blogger roots, Meghan created a mood board for the nursery, which will also be eco-friendly. She selected vegan, non-toxic paint infused with eucalyptus oil for it, perhaps taking inspiration from the Hilton London Bankside’s new Vegan Suite.

Apparently, the nursery will also feature plenty of gadgets, like high-tech cameras, baby-proofed security windows and a fancy stereo system, because it turns out that Prince Harry geeks out over techie stuff just as much as every other dad watching Apple keynotes.

It will be composed of a bedroom and a playroom, and Prince Harry and Meghan are also adding a spare bedroom for when the Duchess of Sussex’s mother, Doria Ragland, comes to stay. And that might be much more frequently than expected, as the Sussexes are reportedly not hiring a nurse or nanny right away, and will be depending on Ragland to help them out a bit. If they change their minds, they can always hire a Norland Nanny like Prince William and Kate Middleton.

Hopefully, the couple will have all their renovations and decor finished before the baby is born. They could, of course, just take a cue from the Duke and Duchess of Cambridge and go on a quick Ikea shopping spree—Prince William and Kate previously said that both Prince George and Princess Charlotte’s rooms contain furnishings from the Swedish furniture giant, because even royals aren’t immune to the allure of Ikea. 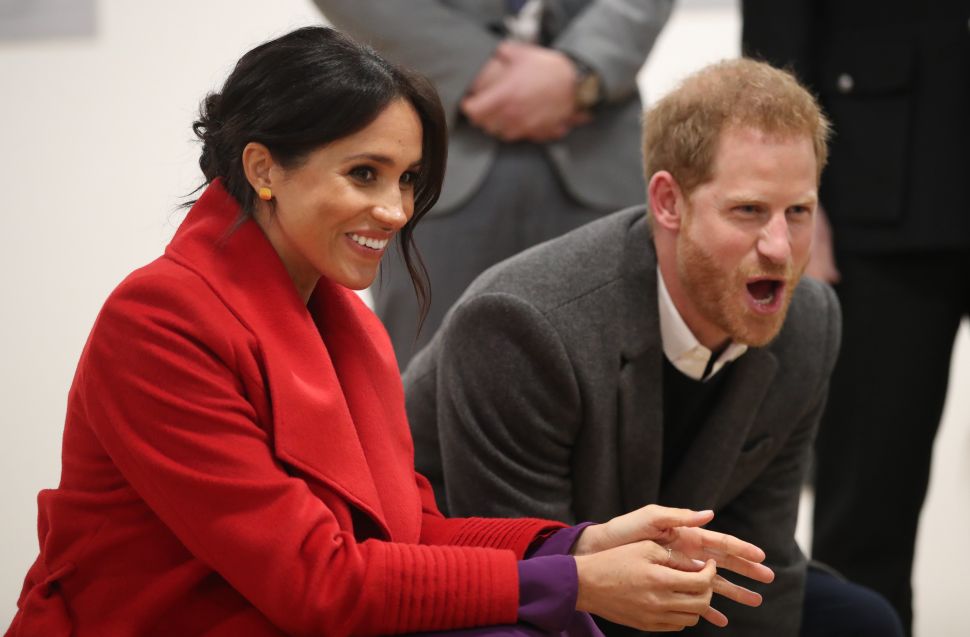