Another day, another party for Priyanka Chopra and Nick Jonas. The couple already tied the knot in Jodhpur late last year, hosting a multi-day extravaganza at an actual palace, and commemorated the occasion with no less than four fetes, all in India. Now they’ve come stateside.

Jonas’ parents, Denise and Kevin, threw the newlyweds their fifth wedding celebration (that we know of) at Nellie’s Southern Kitchen, their restaurant in Belmont, N.C. While this seems to be the most casual of the affairs thus far, Chopra still made a big entrance in a strapless white frock with sparkly floral detailing.

The restaurant was closed to the public for the event, and E! spotted a sign via social media that read, “Nick and Priyanka just got hitched but that knot that they tied has not been dipped in gravy or honey or hot chicken grease. So it’s time we throw them a Nellie’s Southern feast. Mama and Papa J invite you with pride to come celebrate their boy and his bride.”

Even if this was supposed to be a low-key gathering, Chopra and Jonas were still extremely extra—their signature gold “NP” logo (something every couple needs) was found throughout the venue, including on the cocktail napkins and on a large sign outside the party congratulating the duo. We wonder if they’ll scatter the same motif throughout their $6.5 million Beverly Hills mansion.

There was apparently no social media ban, so excited guests posted several photos and videos of the festivities, including a snap of Chopra and Jonas walking into the eatery to “You Are So Beautiful” and then cutting the cake together. They kept the entertainment in the family, with Joe Jonas performing a song by his band DNCE while the rest of the crew, including his fiancée, Sophie Turner, watched. Sadly, the JoBros did not reunite for a classic ballad.

Fam jam. Thank you @nelliessouthernkitchen @mamadjonas @papakjonas for a wonderful reception! We love you! This was amazing ❤️💋😍

Chopra and Jonas already jetted off on a brief minimoon to Oman, and then took a longer getaway to the Caribbean, but another journey may very well be in the works. After all, when you have five wedding celebrations, an equal number of honeymoons only seems fair. 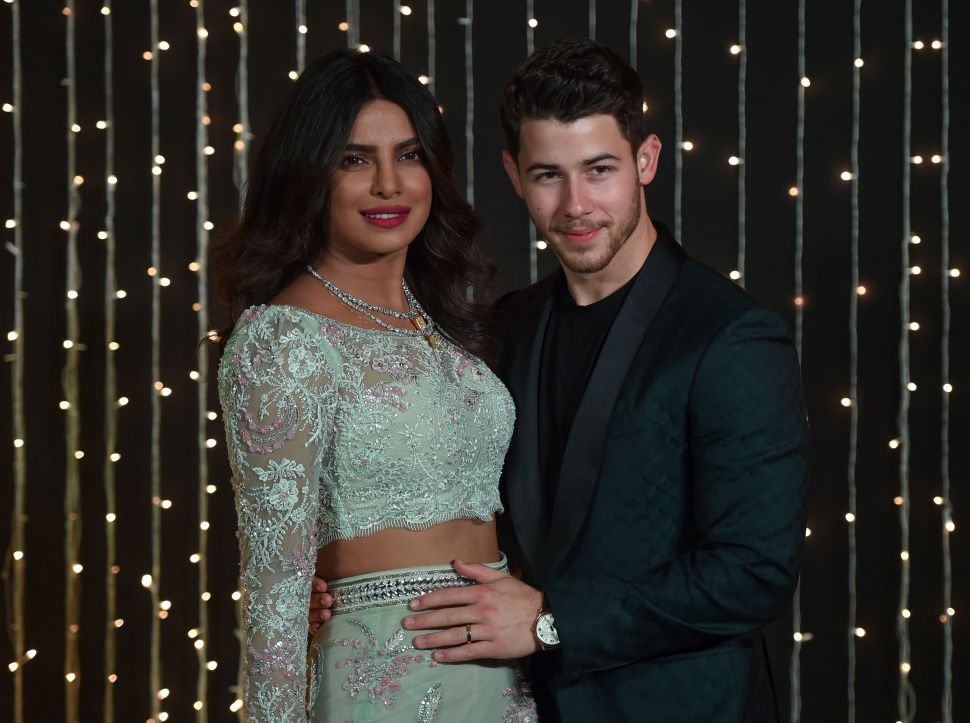