Nothing will rain on Queen Elizabeth’s annual birthday parade—not even $482 million worth of renovations. And even though the new year has just begun, planning for the monarch’s spring and summer celebrations is already underway.

Queen Elizabeth’s actual birthday is April 21, but due to the United Kingdom’s fickle weather and the fact that she’s, well, a royal, she gets a second birthday party in the form of the Trooping the Colour ceremony and parade in June. This also means we’ll get another royal family balcony moment, which in the past has included Prince Harry offering his then new-wife, Meghan Markle, protocol tips and Prince George being shushed by his cousin.

There were concerns this year that the balcony moment would be no more because of the aforementioned overhaul at Buckingham Palace. The decade-long renovations were first announced in 2016, and the first stage of them is already taking place in the East Wing. It turns out that the balcony is reached from the Centre Room, which some thought might not be accessible in June.

But not to fret! The royal family isn’t letting a little multimillion-dollar polish of a 775-room historic palace get in the way of the Queen of England’s birthday festivities. Town and Country points out that the Household Division of the British Army’s website has shared news on this year’s ceremony, which will happen on June 8 and will indeed entail the royal family heading to the palace balcony to watch the Royal Air Force fly through the sky.

This will be Markle’s second year partaking in the revelry, and we wonder if she’ll bring along a special guest—she and Prince Harry are, after all, expecting their first child this spring. This seems unlikely, however, as the little Sussex will be a bit too young for all the excitement, and Prince George didn’t make his balcony debut until 2015, when he was two years old. (That said, Prince William and Kate Middleton did bring Princess Charlotte along in 2016, when she was just over a year old, and the Duchess of Cambridge just held her daughter for most of the day.)

Prince Louis, on the other hand, will be old enough to make his balcony debut—perhaps he’ll borrow one of Prince George’s sassy shorts ensembles for the occasion. In any case, we’re just hoping Prince William doesn’t do anything this year to warrant a scolding from his grandmother. 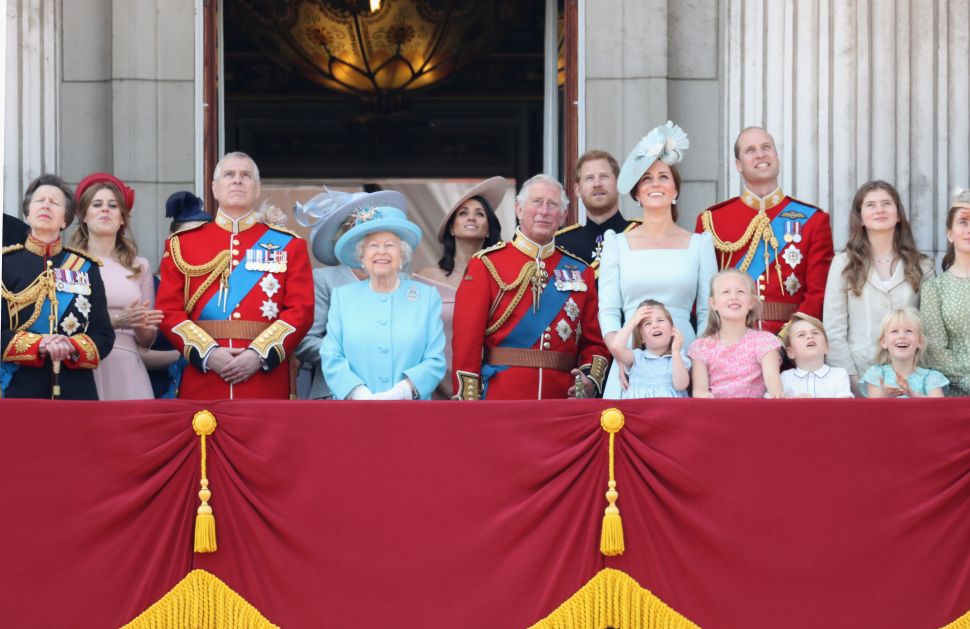