Red Lobster is the latest company to drop its advertisements from Tucker Carlson Tonight.

“Red Lobster’s advertising buying guidelines reflect our core values and commitment to supporting programing that represents the highest standards of good taste, fair practice and objectivity,” wrote the restaurant chain in a statement to reporters. “We reserve the right to make changes to our purchases when the dialogue is no longer in line with our criteria.”

Helmed by activist groups Sleeping Giants and Media Matters, following a December segment in which Carlson claimed mass migration makes the United States “dirtier,” the advertiser boycott against Carlson has claimed 25 sponsors—including major corporate juggernauts like Pacific Life, IHOP and Jaguar Range Rover. Although Red Lobster weathered the immigration backlash, a segment from last week during which the anchor warned against women earning more than men vaulted the program back into controversy.

“Study after study has shown that when men make less than women, women generally don’t want to marry them. Maybe they should want to marry them, but they don’t,” Carlson said. “Over big populations, this causes a drop in marriage, a spike in out of wedlock births and all the familiar disasters that inevitably follow, more drug and alcohol abuse, higher incarcerations rates, fewer families formed in the next generation.”

.@redlobster, as a restaurant chain that depends on women, do you agree with this misogynistic rhetoric?

As an advertiser on this program this evening, this is what you’re supporting. pic.twitter.com/Ia8PjiEAhb

Sleeping Giants later tweeted the segment, asking the company whether it agrees “with this misogynistic rhetoric.” Many on Twitter were quick to tag Red Lobster’s president Salli Setta.

“We cannot and will not allow voices like Tucker Carlson to be censored by agenda-driven intimidation efforts from the likes of Moveon.org, Media Matters and Sleeping Giants,” responded Fox News in a statement. “While we do not advocate boycotts, these same groups never target other broadcasters and operate under a grossly hypocritical double standard given their intolerance to all opposing points of view.” 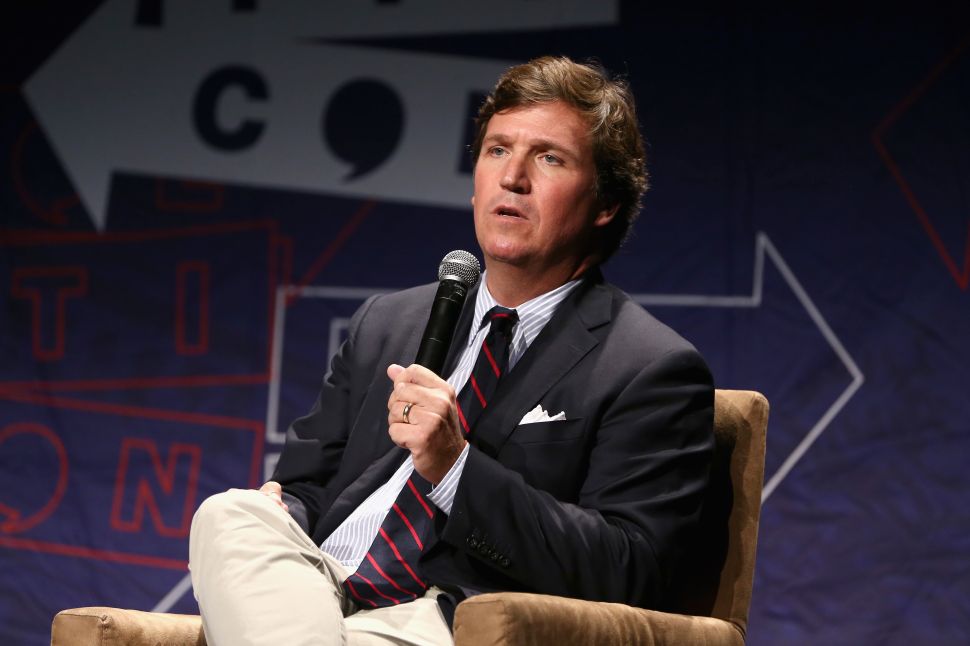