Another day, another bombshell emanating from the Special Counsel investigation into President Donald Trump and his links to the Kremlin. We now have more proof that Robert Mueller really does know everything about 2016—and I can exclusively tell you how he knows it.

This latest reveal comes from a legal screw-up of gargantuan proportions. Yesterday, attorneys for Paul Manafort, the president’s disgraced campaign manager for the decisive phase of the 2016 election, filed papers with the Justice Department trying to prevent their client from spending the rest of his life in a federal penitentiary. They asserted that Manafort did not lie to Team Mueller, as the Special Counsel believes, but in the process, they made an epic redaction fail that blows the case wide open.

Manafort’s lawyers accidentally revealed that Team Mueller believes—and Manafort confirmed—that their client shared campaign polling data with Konstantin Kilimnik, one of Manafort’s closest friends and a longtime business partner. Moreover, Manafort conceded, he had discussed a “Ukraine peace plan” with Kilimnik “on more than one occasion.” Worst of all, Manafort met with Kilimnik in Madrid to discuss these matters, he admitted, without saying when (Manafort’s spokesman later stated the Madrid meeting was in January or February 2017).

Once you know who Konstantin Kilimnik is, the gravity of these revelations comes into clear focus. The elusive Russian fixer was indicted by Team Mueller last June on obstruction of justice charges for assisting Manafort with witness tampering; previously, the Special Counsel described Kilimnik as having “ties to a Russian intelligence service and had such ties in 2016.”

That Kilimnik is a former officer in Russian military intelligence, the notorious GRU, is widely known; indeed, Kilminik was open about his affiliation for years. It was Manafort’s close and continuing links to Kilimnik that caused his abrupt departure from the Trump campaign in August 2016. Since then, we’ve learned that Manafort’s collaboration with Kilimnik goes back over a decade, including actively working against American interests abroad as far back as 2005. All of this raises troubling questions regarding Manafort’s relationship with the Kremlin. As I stated a few months ago:

That the political operative-turned-convicted felon who helped Donald Trump win the White House in 2016 is some sort of clandestine fixer for Moscow now seems certain. And he may be even worse than that. The possibility that Paul Manafort wound up at the heart of the Trump campaign not despite his deep Kremlin connections, rather because of them, is a matter that needs explanation urgently, and may hold the key to the entire mystery about the president’s secret relationship with Russia.

His attorneys’ redaction error takes this to a new level. Manafort’s passing of polling data to Kilimnik is highly disturbing, given Team Mueller’s accusations regarding GRU’s role in weaponizing cyber-espionage against our 2016 election. Employing a known Kremlin operative to broker a peace plan for Ukraine raises troubling questions too. But the decisive reveal is Manafort’s admission of meeting with Kilimnik in Madrid in early 2017.

This looks unmistakably like a clandestine intelligence operation to anyone even marginally acquainted with spycraft. Russian intelligence routinely uses “former” agents like Kilimnik to gain access to foreigners and their secrets; Kilimnik, when pressed, hardly denied his GRU affiliation. In a rare interview last spring, he threatened a reporter who took his picture: “Don’t show that picture. If you show that picture, I will kill you… GRU will kill you as well.”

President Trump’s consistent “no collusion” claims, ailing for months as Mueller’s cards are revealed, one by one, are now officially moribund. Manafort has admitted that he was in touch with Kilimnik during and after Trump’s presidential run, regarding campaign matters, in what appears to be a clandestine back-channel between Team Trump and the Kremlin.

The big open question is how much Donald Trump knew about Manafort’s secret dealings with Kilimnik in 2016 and after. Given the president’s well-documented micro-managerial ways, plus the fact that he’s known Manafort for decades, it’s impossible to imagine he was wholly unaware of his own campaign’s hush-hush back-channel to Moscow.

What really ought to worry the president and his inner circle is what Mueller knows about the election and has yet to reveal. The Special Counsel doesn’t have to disclose to suspects how it knows certain things, and it’s apparent that Mueller and his investigators asked Manafort about his dealings with Kilimnik, which he lied about—and the ostrich jacket connoisseur is now trying to come clean before he gets a de facto life sentence in prison.

That Mueller knew about Manafort’s 2016 dealings with Kilimnik is no surprise, given that the two men communicated frequently for many years, and the Special Counsel seized all of those communications from Manafort. But how did Mueller know about their secret Madrid meeting in early 2017, despite Manafort’s denials?

The answer lies in a highly secretive intelligence program run by the National Security Agency (NSA). It’s called travel tracking and its existence, like so many NSA top-secret operations, was revealed by Edward Snowden, the disgruntled agency IT contractor who fled to Moscow in June 2013 with over a million classified documents from the NSA and other U.S. spy agencies.

Travel tracking means that the NSA and its Five Eyes Anglosphere intelligence partners know who’s going where by air, and when, anywhere. They can even crack into WiFi and mobile phones in flight, according to top secret-plus documents stolen and leaked by Snowden. Unless you’re traveling under alias documents of the kind issued by higher-end spy services, the NSA and its close friends know where you’re headed.

There ends the mystery of how Mueller and his investigators knew about Manafort and Kilimnik’s off-record rendezvous in Madrid at the beginning of Donald Trump’s presidency. It also means that the Special Counsel knows the truth regarding Michael Cohen’s alleged summer 2016 trip to Prague to parley with Kremlin spies on behalf of his then-client, our 45th president.

“Mueller really does know everything,” joked a former Intelligence Community (IC) senior official whom I’ve known for years. “The IC gave the Special Counsel everything we had that might be of relevance to their investigation, most of it came from NSA.” Which hardly surprises, since something like 80 percent of the actionable intelligence in the IC emanates from the NSA, the world’s most productive spy agency.

There is palpable irony here, since the Snowden Operation of 2013, in which the Kremlin weaponized disinformation about the NSA with the help of WikiLeaks, gave Moscow the Active Measures template which they employed again in 2016 to help elect Donald Trump. Unfortunately for them, Trump and his retinue didn’t pay close attention to Snowden’s revelations about the NSA’s espionage capabilities. If they had, perhaps they would have been less careless about their secret dealings with the Kremlin. 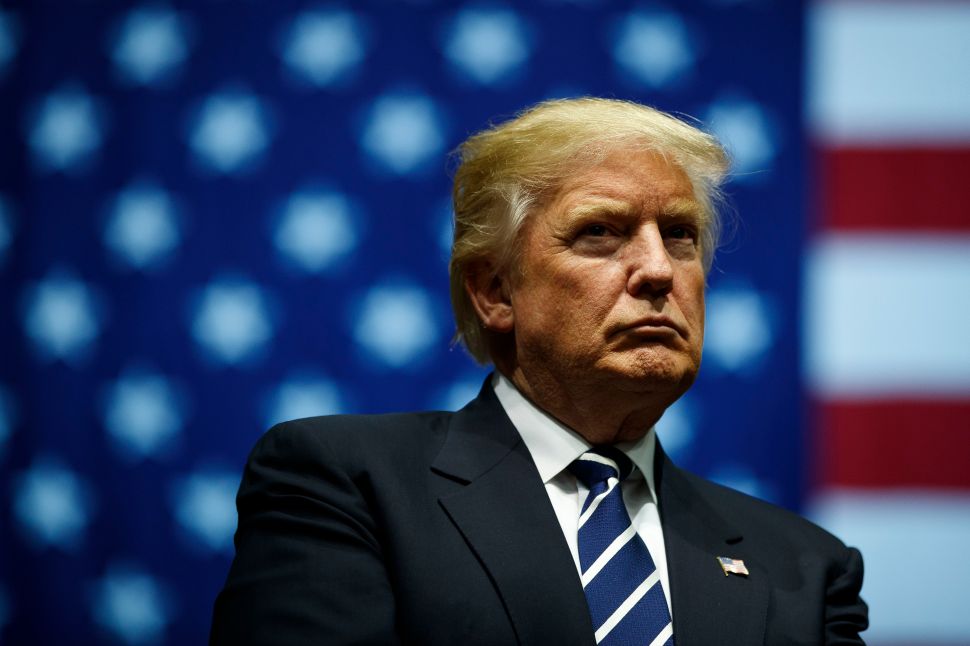