“An app for dog walking” sounds like a typical startup idea floated by a dog lover in the time of all the “sharing economy” buzz but probably isn’t impressive enough by Silicon Valley standards.

That was exactly what happened in 2011 when three dog lovers in Seattle founded Rover, an online marketplace that matches dog (and cat) owners with pet sitters in a similar way as Airbnb matches travelers and landlords. Investors doubted that the demand for pet care was as big as Rover’s founders thought and that dog owners would entrust a stranger to sit their four-legged babies like calling a Uber driver.

But Rover has proven the haters wrong. Today, the seven-year-old company is the largest peer-to-peer pet care marketplace in the U.S., connecting more than 300,000 pet sitters and one million pet owners every month for dog walking and overnight boarding services. Last year, pet owners spent $375 million on the app. And the company projects pet owner spending to further grow to $500 million this year.

These numbers aside, it’s also true that running a business that involves humans and animals at such a scale can be difficult and full of surprises.

Earlier this month, Observer chatted with Rover’s top dog, CEO Aaron Easterly, about the expected learnings and challenges of running an “Airbnb for pets,” how Rover started out as simply an alternative to kennels and evolved to take on a much larger mission that may ultimately change people’s attitude toward pet ownership someday.

How many types of pets does Rover’s service cover?
The most common pets are obviously dogs and cats. But we’ve also had horses, pot-bellied pigs, hamsters, snakes, lizard and even pet shrimp, which I didn’t know was a thing.

Dogs and cats are the only two types of animals you can officially book on our platform. But people have been “hacking” other types of pets into our system for the last several years. For example, someone would say [in a service request], “Hey, this is a dog.” But then, it turns out to be a fish.

How do you handle these “hacking” situations?
Those situations are less common now thanks to our “pet profile” function. Before any service provider accepts an order, he/she gets to see a profile of the pet, which includes photos, instructions of care and other details. For example, a horse owner can upload a picture of his horse even though he selects “dogs” or “cats” in the first step of the booking system.

We also encourage pet owners to specify the animal type next to their pet name. Pet owners love that, because it helps them find people who are specifically interested in sitting that type of pets.

Before Rover, you were a manager at Microsoft for several years. What made you want to leave the corporate world to start a dog walking app?
I was a general manager at Microsoft for three and a half years. But that was kind of an accident, because I joined Microsoft through a startup acquisition (Atlas). I’m always an entrepreneur at heart. I love starting businesses and building stuff. So, it was natural for someone like me to get back to the startup land and build something from scratch.

I left Microsoft in 2011 with that desire and joined a local venture capital firm called Madrona as a resident entrepreneur. Then, as I was working on a couple different ideas on online marketplaces in the media space, one of the partners there said, “How about an online marketplace for dogs?”

Were you a dog owner at the time?
Yes. “Owner” is a weird term. I would rather say I was owned. My four-pound Pomeranian, Caramel, had me absolutely wrapped around her palms. That little fluff controlled my life in every way.

As a senior executive at the time, every time I had to go on a business trip, I had to go down a list of friends, family and neighbors to take care of Caramel. So I had this problem myself.

My co-founder, Greg Gottesman, originally pitched the idea of Rover as an alternative to kennels. But my view was: I don’t think people like me actually use kennels, because we abhor the idea of having our dogs locked in a cage. After some analysis on this, we found that people like me are roughly 10 times more than people who use kennels.

Last year, pet owners spent $375 million on Rover. Until Rover and other pet-sitting apps came around, most people didn’t realize this was such a huge market. How did you discover this untapped demand? How did you know that a pet sitting app was something people would fall for?
Before our app came long, most people sought pet care through either family and friends or commercial services, depending on service types.

For overnight care, for example, we found that 90 percent of people would use family and friends. For the other 10 percent who turn to commercial services, two-thirds would use kennels and boarding services, and the rest would hire professional pet sitters, mostly through Yelp and Google.

Daytime service, however, is typically all-commercial, because most people can’t count on friends and family for regular dog walks in the middle of the day.

Because most people can’t afford regular daytime pet care, many potential pet owners don’t think they have a demand for this. I think the biggest barrier to getting a pet is the logistics of care: “I’m single; I live in an apartment; I work long hours; I just went through a breakup, so my situation is unstable.”

Our mission is to remove obstacles to pet ownership. The domestication of animals, particularly dogs, is one of the most important developments in the history of human kind in terms of improving human’s emotional happiness. But this experience of companion, acceptance and unconditional love is only participated by a minority of the population now. We view that as a human tragedy.

Still, letting a stranger take care of your pet is quite scary. How do you get people to trust you?
You know, in the U.S., if you ask dog owners, “Do you consider yourself as the owner of a dog or a parent?” Seventy-six percent would say “a parent.” So this service is very different than Uber or food delivery. This is entrusting somebody to take care of your baby in many ways. It’s HARD.

In the early days, we relied a lot on references from people who’d used professional service before, a review system and word of mouth.

Our strategy, at a high level, is to be better in both quality and price. Because it’s such a change of behavior going from friends and family to strangers, we want to provide a higher-quality service at a lower price than typical solutions. We really believe that being better at both is required for that change in behavior to happen.

What’s the most common complaint you’ve received from pet owners?
“The service and time I want isn’t available.” The vast majority of service providers on Rover don’t rely on this as a primary source of income. They do this because they love dogs or cats. So their calendar is sporadic and isn’t as reliable as professional pet sitters.

How does Rover handle extreme accidents? What if a dog or cat dies or goes missing during your care?

Safety is our No. 1 priority. We are happy to sacrifice near-term revenue in the name of safety. From day one, we’ve had true 24/7 emergency support. That includes both staff at Rover and third-party vet care.

That said, when you are doing over one million services a month, things are going to happen. Our goal is to both minimize that likelihood—it’s incredibly rare on the platform—and, when accidents happen, do a phenomenal job to support pet sitters and pet owners into a quick resolution.

Exactly! “Things are going to happen.” There has been a few unfortunate incidents involving Rover users in the past year. Some distressed pet owners took to social media to express their grief or anger against your company. What’s your response to that?
It doesn’t bother me at all that people express their emotions when accidents happen. We would have expected them to. At Rover, we are pet lovers. We care for them in the same way we care for our children. In some ways, it would bother me more if people didn’t care when tragedies happened. I spent days sobbing hysterically when Caramel passed away, even though she was 14 and a half and had lived a great life.

We would investigate every incident and are always willing to err on the safety side. If we believe certain service providers are at fault and should not be on Rover, we would remove them from the platform.

Again, our incident rate is very low as a percentage of the level of services booked. There’s just no way to do this business at scale without being involved in the reality of pet care. We love pets, and that’s part of that reality.

Does Rover allow pets in the office?
Well, you just touched on the biggest challenge of our business (laugh).

The biggest challenge of operating our office is actually to find a commercial building in downtown Seattle that’s pet friendly. A lot of places are like, “Oh, we are totally pet friendly.” But they are talking about two or three dogs. Then, I’m like, “How about 70?”

You have 70 dogs in the office?!
Yes, we have about 70 dogs here in Seattle with 300 employees on a daily basis. So, our expectation for pet management is a very important part of the lease (laugh). 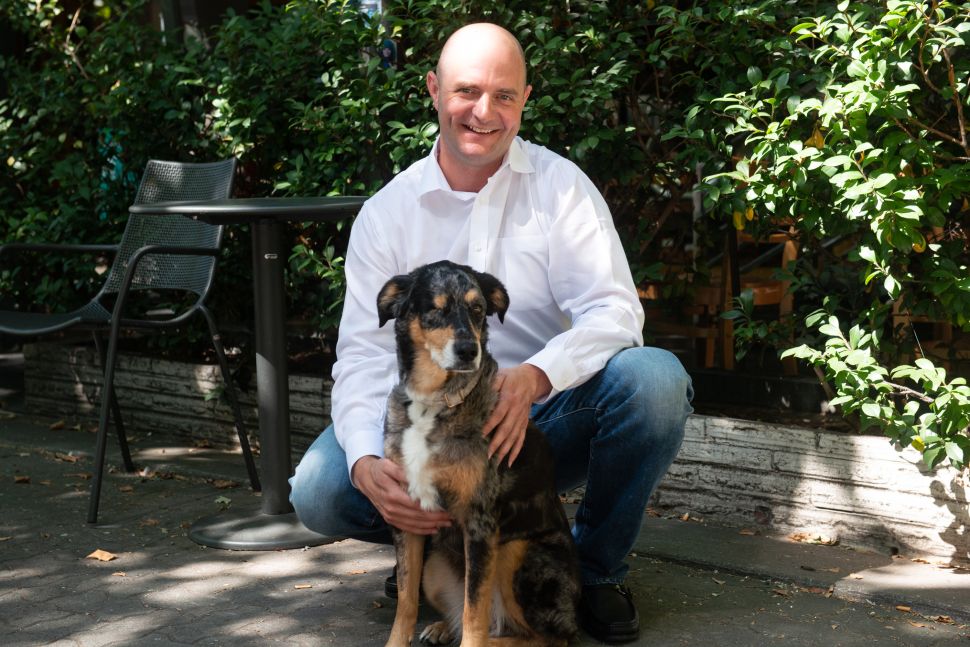