There’s a moment in Leslye Headland’s play Bachelorette, which she later adapted into her debut feature film, when one character incredulously says, “You guys had an abortion without me?!” It’s the kind of edgy humor and abrasive character work stereotypically associated with a certain kind of “male” comedy, but rarely seen (or maybe allowed) in female-centered stories today. And that’s something Leslye Headland is set to change.

If everything goes according to plan, those sensibilities will soon be the beneficiary of the “Netflix Bump,” when the first season of Headland’s series Russian Doll, co-created with Amy Poehler and Natasha Lyonne (who also stars), drops on the platform February 1.

But to get a sense of Headland’s taste for humor before that big release, a different project she executive produced is fully available to stream on Vimeo. The short film trilogy Finding the Asshole was released online on January 25, right before the first installment’s premiere at the Slamdance Film Festival. For someone who is about to be big on Netflix, Headland has some strong views about the streaming landscape.

“The only thing I watch on a regular basis now is YouTube and Vimeo,” she told Observer during a recent interview. “I think about Mulholland Drive, the scene with the smaller gentleman in a soundproof room—that’s the person running Hollywood.” Were “he” to be eliminated, she sees the entertainment industry as a very different landscape. “Without that shadow network, what would you make? If you weren’t getting notes that your female protagonist is unlikable, or that this isn’t a linear narrative, or that they need more of whatever the flavor of the month is, then what would you create? And I think Finding the Asshole is one answer to that question.”

Written and directed by Headland’s friend (and onetime roommate) Melissa Stephens, each short explores a different setting (a clothing store, walking on the sidewalk, a party) and how people tend to act like, well, assholes within them, all with a surreally comedic edge. Stephens described its central philosophy in a succinct promotional statement: “I think it’s very important for everyone to know that we are all assholes.”

Like in a lot of good comedy, Headland puts the magic down to a fine combination of truth mixed with breaking taboos.

“I wrote Bachelorette when [Melissa and I] were living together…These characters are speaking in a way that’s coming from a very truthful place. But still, I remember writing [that abortion joke] and then showing it to her and asking, ‘Am I allowed to say that?’ And her reaction was, ‘Really, who cares? Just do it.’ What is the thing in you that’s making you feel that you can’t do that? That’s not necessarily a voice that you want to listen to…That was probably the last time I thought that way. From that moment on, our attitude was, ‘Oh, fuck it. Let’s just do whatever we want.’” That’s an M.O. she’s followed to this day.

Headland serves as a co-writer, director and producer on Russian Doll, and was the sole creative behind the writing and direction of the first episode. At the start of the series, audiences see Lyonne’s character celebrating her birthday, getting ready for her party. It’s a scene we’ll watch a lot, as Lyonne gets trapped in a Groundhog Day-like time loop, finding herself repeatedly dying at the end of the night, and then restarting her day again. But we’re told that’s just the beginning. “What you see in the trailer, insofar as the premise of the show, really only covers the first three episodes.” And never one to follow a conventional format, she promises it’s ripe for bingeing. “The idea of trying to mimic weekly TV viewing was out the door…it is a four-hour experience.”

With early reviews heaping positive praise on the show, we can probably expect to see more from Headland on major platforms going forward. But at the same time, she’s committed to straddling both the independent and mainstream movie-making worlds. And not just so that she can say whatever she wants. As she describes how she decided to produce Finding the Asshole, there’s a lot more at stake.

“When [co-producer Tom DeTrinis] and Melissa sent me the first two chapters, I thought I would much rather work on this than the next Modern Family knockoff, because it’s so fucking cool. What’s interesting about the rise of this type of distribution is that it’s based so much on viewing and likes and all that stuff. I think it kind of levels the playing field, especially for female creators, whereas things are more stacked against them in the more conventional way of getting things made.”

Finding the Asshole was released on Vimeo on January 25. The first season of Russian Doll will be released on Netflix on February 1. 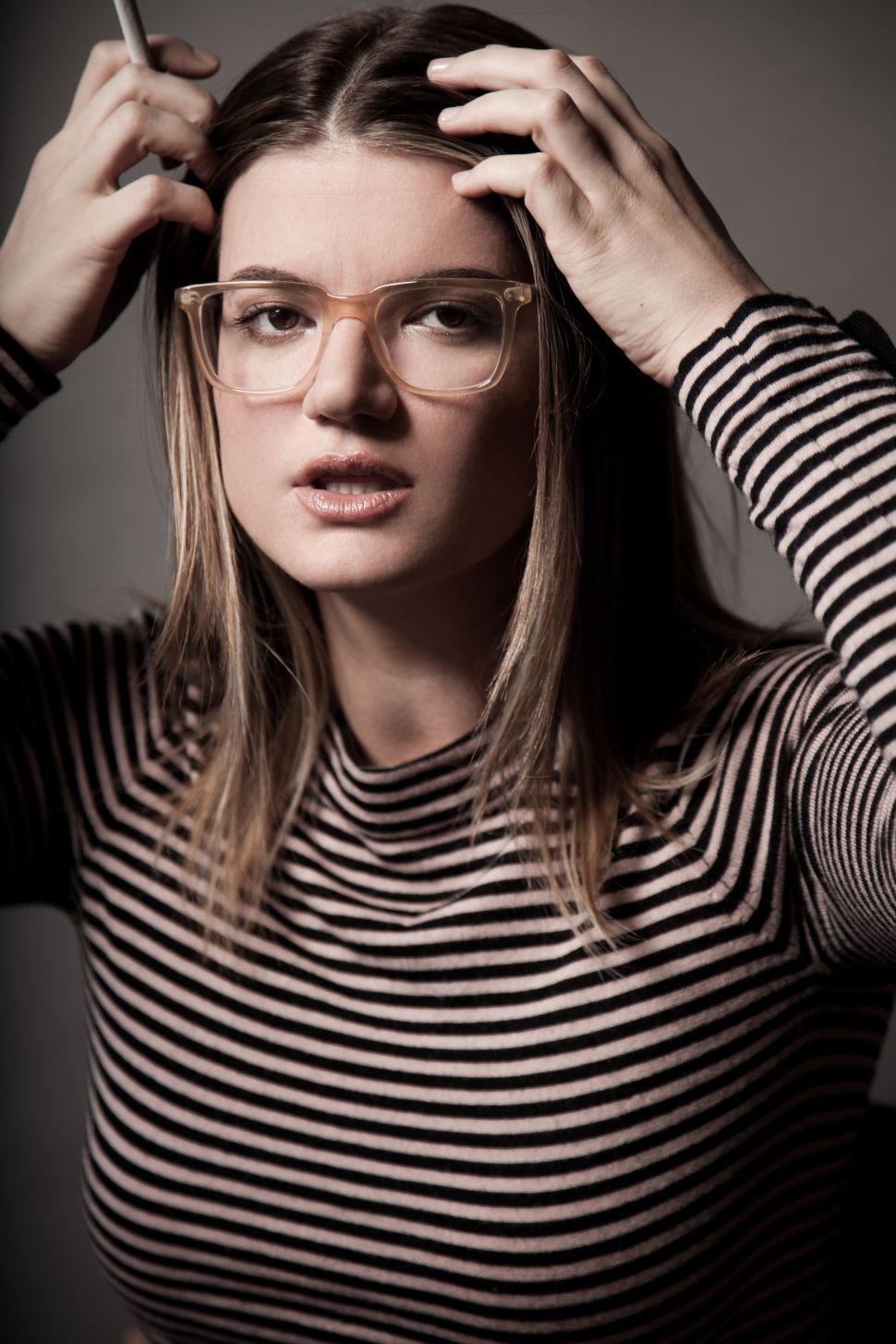