The clock is ticking for Sheryl Sandberg at Facebook. The 49-year-old chief operating officer for the world’s largest social media company will likely be ousted before the end of 2019, predicts Scott Galloway, a prominent marketing professor at New York University and a vocal critic of Facebook throughout the company’s series of privacy scandals since 2016.

Every January, Galloway makes a list of daring predictions about large tech and media companies through his marketing research firm, L2 Inc. The ousting of Sandberg was one of the items on his list for 2019, published last Friday. Other bets include Snap losing half of its market value, the death of virtual reality hype and Amazon spinning off its cloud business AWS.

“Sheryl Sandberg resigns. The stock appreciates $50 billion plus within 10 trading days of her departure,” Galloway wrote.

The timing of Sandberg’s resignation may be debatable, but Galloway’s prediction on its possible impact on Facebook’s stock price sounds valid, because Sandberg, who is in charge of Facebook’s advertising business, was responsible for wiping out Facebook’s market value by just as much in the first place. As of December 2018, Facebook’s share price had tanked more than 25 percent from its peak in July, wiping out $200 billion of its market value (and $20 billion from founder and CEO Mark Zuckerberg’s paper worth).

The stock crash, triggered by Facebook’s disappointing second-quarter earnings over the summer, was largely the repercussion of a slew of privacy scandals dating back to 2016—most notably the Russian meddling during the 2016 presidential election and the Cambridge Analytica data breach in March 2018—and the management’s poor handling of their fallout.

In an interview with Fox Business in October of last year, Galloway called Sandberg and Zuckerberg “the most dangerous and damaging” executives in history, criticizing Facebook’s role in undermining democracy and its negligence of user privacy under the duo’s leadership.

Sandberg’s ousting was already on Galloway’s list of predictions for 2018. Although he was proven wrong on that bet by year end, it didn’t disqualify him as reliable tech fortune teller. After all, he was right about Amazon surpassing Apple in total market value by the end of 2018 (and he’d made the prediction way back in early 2017 when Amazon was worth only 40 percent of Apple) and the big crash of cryptocurrencies.

In far less serious but fun fortune-telling news, Galloway said he could see “Ms. Sandberg marry[ing] MacKenzie Bezos,” who is currently tangled up in the world’s most expensive divorce suit and entitled to up to $67 billion from her soon-to-be ex-husband, Amazon founder Jeff Bezos. Piling on with Sandberg’s $1.6 billion personal worth, “they pool the $70 billion fortune and become the largest shareholders in Alphabet. Ms. Sandberg reanimates Google+, and Ms. Bezos takes over Google’s voice group. They legally adopt Evan Spiegel,” Galloway let the joke freely run off the edge. 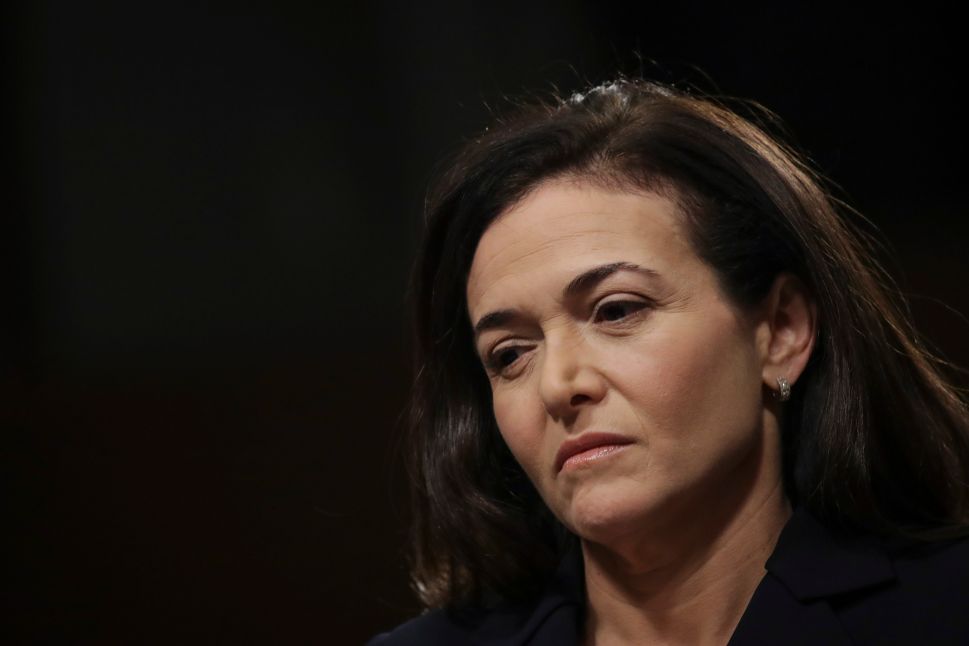