In 1985, Margaret Atwood wrote The Handmaid’s Tale. While it’s certainly not the first feminist dystopian novel, it is the canonical tome by which all others of its genre are measured. In the two years since the 2016 presidential election, it’s also taken on a new relevance of its own. Even without a successful television adaptation, it would have most likely returned to the best seller lists. As is often the case, an appetite for one such book creates a taste for others: Naomi Alderman’s The Power, Lidia Yuknavitch’s The Book of Joan, Leni Zumas’s Red Clocks, and Louise Erdrich’s Future Home of the Living God have all risen to prominence, as have nonfiction books (Rebecca Traister’s Good and Mad and Brittney Cooper’s Eloquent Rage) that deal with this arguably dystopian moment.

Among these titles, debut novelist Sophie Mackintosh has risen from obscurity straight to the Man Booker Prize longlist as well as mention in The New York Times. Situating herself among the others, she reflects, “I remember reading 1984 as a fairly young teenager, after picking it up in my school library, and I think that was probably the first one. Soon after I read The Handmaid’s Tale, which I found electrifying—I was hungry for more of these books that played with what the world was, or slyly posited ideas for what it could become.” Mackintosh’s The Cure contributes to the conversation through the medium of fable and fairy tale. “Fairy tales have always fascinated me,” the 30-year-old Welsh writer says. “Their grotesquerie, their playfulness, their slyness. But there is a lot of darkness and misogyny in fairy stories too. I resent the idea that women always have to be the punished ones, meeting grim end after grim end.”

At the opening of The Cure, main characters Grace, Lia and Sky are living in the near future on a deserted former sanatorium isolated by with their parents—the charismatic King and their harsh mother to whom no name is given. In the past, women came to their estate seeking a cure from illnesses stemmed by literally toxic masculinity made manifest through environmental change.

Intentionally, Mackintosh gives no name to this mysterious malady. “I do think that female pain—physical and mental—is often trivialized, and there are plenty of statistics to back this bias up. Consider Leslie Jamison’s fantastic essay ‘Grand Unified Theory of Female Pain,’ which explores this bias,” Mackintosh says. “Pain is so often written off in women as overreaction—a specifically female kind of overreaction. I’ve seen women in my life suffer for years, doubt their own symptoms, say that they do not wish to be seen as melodramatic. Conflating the physical and mental with women leads us to be seen as silly, as unreliable, too often—as attention-seeking rather than as a person suffering deeply.”

Her fascination with this topic is deftly woven through diary entries by the visitors as well as chapters narrated by the sisters as a collective. Mackintosh braids together a complicated analysis of women’s suffering through individual voices as well as that of a chorus. Stressing the authenticity of women’s perspectives, she builds her narrative through subtle but determined means.

As time passes, fewer women arrive for the holistic cures, but King and Mother continue to practice their methods. By withholding affection and using punishment as a way of dominating their three daughters, they hope to shield them from the scourge of the outside world. This severe protection becomes its own pathology. The outside world is only the beginning of a cascading scale of trials for these young women. Mackintosh’s complex story is rendered through confessional and pastoral language that lulls the reader into an uncomfortable state of calm. “When we think about dystopias we often think about stories involving a lot of world-building, fleshed-out concepts and action. I wanted to write a different sort, a quieter one if you will, focusing on the family rather than on the wider world,” she says. “I was interested in exploring was the microcosm; their sisterly bonds, new desires, the ritualistic ways we keep ourselves safe.”

Of the three daughters, it is the devoted middle daughter, Lia whom the readers come to know best. Without the frosty strength of her eldest sister, Grace, or the innocence of her youngest sister Sky, Lia is the most vulnerable. In response to the pleas of three men that wash up ashore at their retreat, Lia muses, “Please. I am not used to being offered this word. It is a spell, a weakness. I am moved; I let them in.”

Mackintosh explains, “I think because words can be interpreted in so many ways, they are an offering and manipulation all at once. All Lia knows of the world outside is what she has been told. The language of desire opens up new avenues for her; the language of wanting makes her feel seen.”

Being recognized is of utmost concern to Mackintosh. The work of language grants privileges that were previously withheld and creates a space for optimism. While the young women always have one another, they have always been sheltered from the truth of their world. Despite the darkness of their condition, Mackintosh wanted “there to be hope.”

This undercurrent of optimism fueled by sisterhood is a marked shift from iconic novels such as The Virgin Suicides—certainly a stylistic influence on The Cure—in which the downfall of another trio of sisters is witnessed by a chorus of neighborhood boys. Here, instead, Mackintosh lets her sisters speak for themselves. “I wanted them to find the world they deserved, for sisterhood to serve them in the rest of their life the way it had pulled them through their life so far. So I didn’t think too much about the world I hoped they would find, but I did want it to be safe, peaceful and one where a better kind of love was possible.” 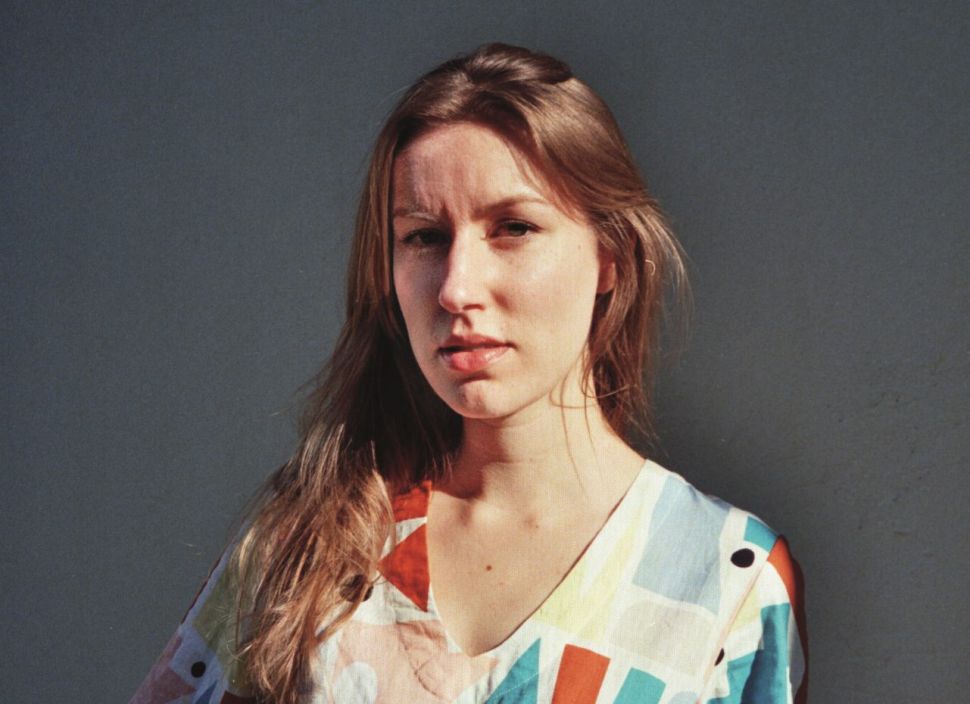