Back in November, when Sotheby’s first announced that their January Masters Week sales (running January 25 – February 2) in New York would be headlined by a selection of masterworks by all-female artists, the news felt like all too common, well-timed, politically conscious marketing. The recently unveiled sale contents of “The Female Triumphant,” though, a selection of masterworks by 14 female artists from the 16th through the 19th centuries, genuinely appears to address the historical sidelining of women in the art world with 21 works by artists who, in one way or another, overcame the obstacles of being a woman in the pre-Modern era.

While modern and contemporary female artists are receiving increased market attention (Sotheby’s did set a new auction record for any living female artist with the sale of Jenny Saville’s Propped for $12.4 million this past October), the works of women artists of the pre-Modern era remain criminally undervalued compared to their male counterparts. In 2018 alone, Sotheby’s sold a mere 14 works by female Old Masters compared to a whopping 1,100 by male artists.

Of course, there are far fewer masterworks by female artists than by male ones in existence because of the added barriers women faced for entry in the field (in most European cities, they were barred from entering artist guilds and academies and weren’t even allowed to have exclusive Salons until the French Revolution). Calvine Harvey, a specialist in Sotheby’s Old Master Paintings Department in New York, said that it is the auction house’s hope that “shining a spotlight on these important artists will help to grow our knowledge of their work, expand scholarship, and deepen their impact on the ever-shifting trajectory of art history.”

Despite limitations, many of these artists, like Artemisia Gentileschi and Giulia Lama, succeeded in obtaining large commissions for religious and historical compositions. In Gentileschi’s female-centric rendering of San Sebastian’s rehabilitation, two women, Irene and Lucinda, tower over the fallen Sebastian. It’s a proto-feminist depiction of female strength and power that was only recently reattributed to Gentileschi—an artist who, in her own life, won a historically famous rape case against her tutor.

The impressive Sotheby’s line up also includes three works by better known artist Elisabeth-Louise Vigée Le Brun, around whom there were two 2016 museum retrospectives dedicated to her tender portrayals of motherhood and domesticity (in 1778, the artist was commissioned to paint a full-length portrait of a young Queen Marie Antoinette surrounded by her children). Her monumental Portrait of Muhammed Dervish Khan, Full Length, Holding his Sword in a Landscape (1788) tackles a different kind of subject, but is sure to be the star of the evening sale on January 30 at an expected $4 million to $6 million.

Another highlight of the sale is the piece by Fede Galizia, one of the first figures to paint pure still lifes and an instrumental artist in the emergence of it as a genre in 17th century Italy. Her beautifully detailed Glass Compose with Peaches, Jasmine Flowers, Quinces, and Grasshopper is estimated to sell at $2 million to $3 million. The sale will also include the only known still life painted by Marie-Victoire Lemoine, Still Life of Spring Flowers in a Basket from 1807. Known more for her portraits and genre scenes, Lemoine was prohibited from entering the biannual Salons and the Académie Royale due to gender restrictions until 1791.

“It’s important to remember that the obstacles women artists of the pre-Modern era faced were substantial, and those that broke down those barriers were truly triumphant,” Harvey said. Hopefully, “The Female Triumphant” will be the first of many overdue efforts from collectors and curators to address the gender imbalance in both museum holdings and private collections. 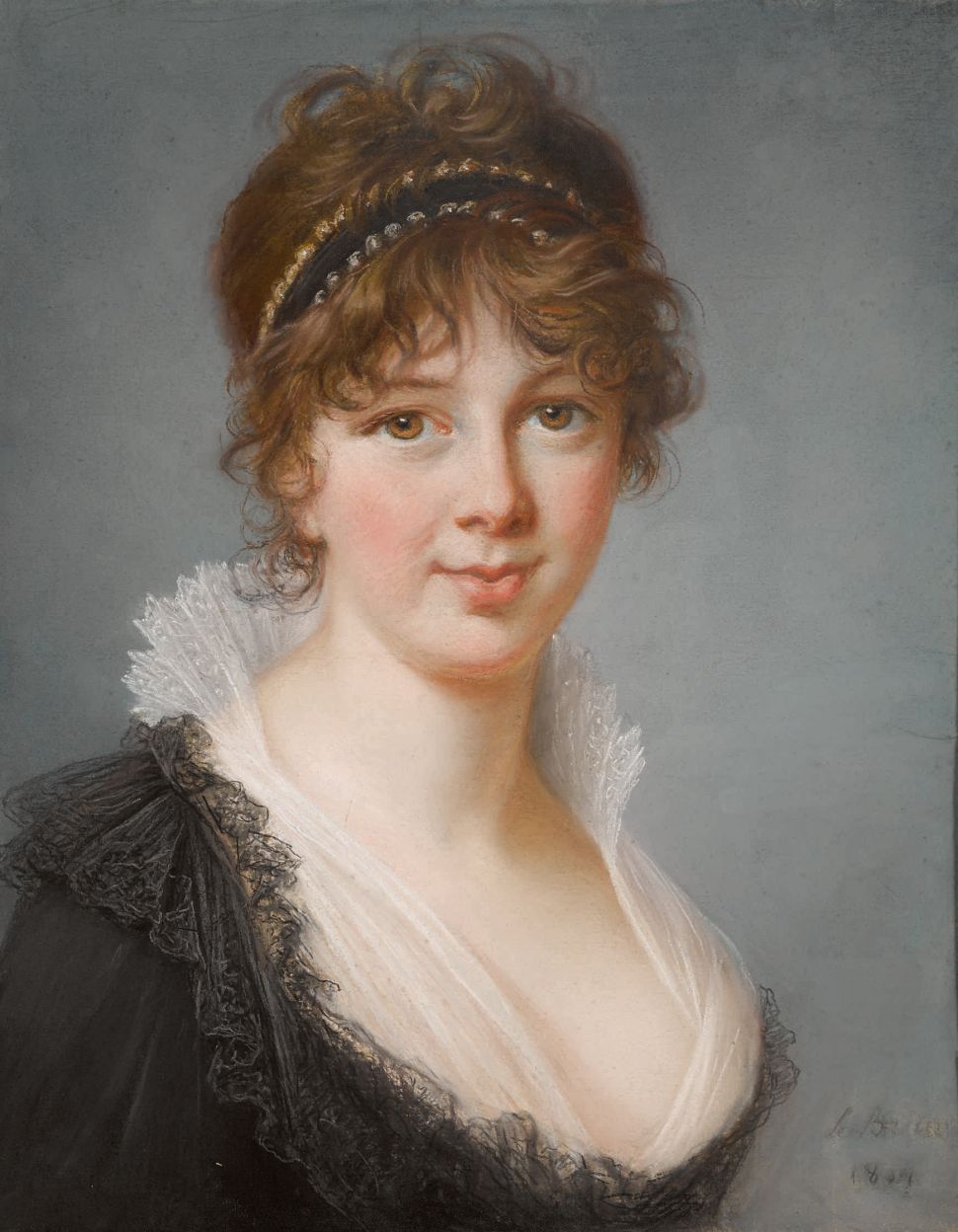