The South Carolina GOP is considering canceling its own 2020 primary. It sounds like a good idea in theory, given some examples of prior primary challenges that sank incumbents. But in this case, the cure may be worse than the disease, if the past is any indication. Eliminating an early contest in 1992 wound up helping cost President George H. W. Bush’s reelection.

Could the Palmetto State Put Away Their Primary?

Though the South Carolina Republican Party has not yet formally decided to terminate the South Carolina GOP primary next year, the current party chairman, and his predecessor, indicated their desire to block the state’s voters from being able to vote for their choice of party nominee.

McKissick’s predecessor Matt Moore was even blunter. “Pigs will fly before the South Carolina GOP allows Trump to have opposition,” Moore said.

We won’t know until the Summer of 2019 what the state Republican party will decide. But the state’s GOP governor said that he wouldn’t object to a cancelation, a far cry from South Carolina’s usual tactic of muscling in ahead of other states to play the role of “kingmaker” by consistently casting an early vote and helping pick the eventual nominee (Bush in 2000, McCain in 2008, Trump in 2016).

By contrast, Hillary Clinton won 73.5 percent of the South Carolina Democratic Party votes against 26 percent for Bernie Sanders. She got 39 of the state’s 53 delegates, because the Democrats awarded theirs proportionally.

This is not unprecedented. South Carolina’s GOP canceled their state’s primary back in 2004, when President George W. Bush was running for reelection. But Bush wasn’t facing any serious opposition, at all. He handled several opponents who had never held any political office before, as well as actor Tom Laughlin of Billy Jack movie fame. In other words, Bush Jr. had little to fear from anyone running against him.

How Canceling the Iowa Caucus Cost the Republicans in 1992

But it was a very different story for his father. Back in 1992, President George H. W. Bush faced only a former CNN conservative commentator, Patrick Buchanan, and former Louisiana state legislator and ex-KKK white supremacist David Duke. Neither of them had much campaign experience. It looked like a cakewalk for the incumbent.

But some Republicans were still a little nervous. After all, Bush finished third in the 1988 Iowa Caucus, behind Kansas Senator Bob Dole and Televangelist Pat Robertson. Buchanan and Duke might get some of those conservative voters. So, the Iowa GOP terminated the Iowa Caucus in 1992, hoping it would help Bush.

The results were catastrophic. Angered over the canceled caucus in Iowa, conservatives cast their votes for Buchanan, giving him a strong showing against Bush in the New Hampshire Primary of 1992. Stung by that closer-than-expected win, Bush had to battle Buchanan deeper into the GOP primary.

As a result, Bush had to make a series of concessions to the Buchanan campaign. That included shifting to the right, out of the mainstream, ceding it to President Bill Clinton and businessman H. Ross Perot of Texas. It also meant giving Buchanan a disastrous prime-time speech at the 1992 Republican National Convention in Houston, Texas, which overshadowed a better delivery by Ronald Reagan, later in the evening. Bush wound up falling to Clinton in Iowa, and lost his reelection in 1992.

The History of Primary Challenges

There are several presidents who have faced primary challenges, who have gone on to lose. In addition to President George H. W. Bush, there’s also Jimmy Carter, who battled with Massachusetts Senator Ted Kennedy in 1980.

But there are cases where presidents have survived intra-party challenges. President Richard Nixon faced California Congressman Pete McCloskey, and Ohio Congressman John Ashbrook, in 1972, but bested both easily. President Harry Truman had South Carolina Governor Strom Thurmond leave the party to run as a Dixiecrat, while former Vice President Hank Wallace defected to form a Progressive Party as well in 1948. But Truman defeated both, as well as Republican candidate Tom Dewey, to win another term in 1948.

Trump can win the nomination, and another term, in 2020, even if he faces primary opposition. But the short-sighted decision of state parties to terminate GOP primaries could, well, backfire—the same way it did for the Republican Party in 1992. 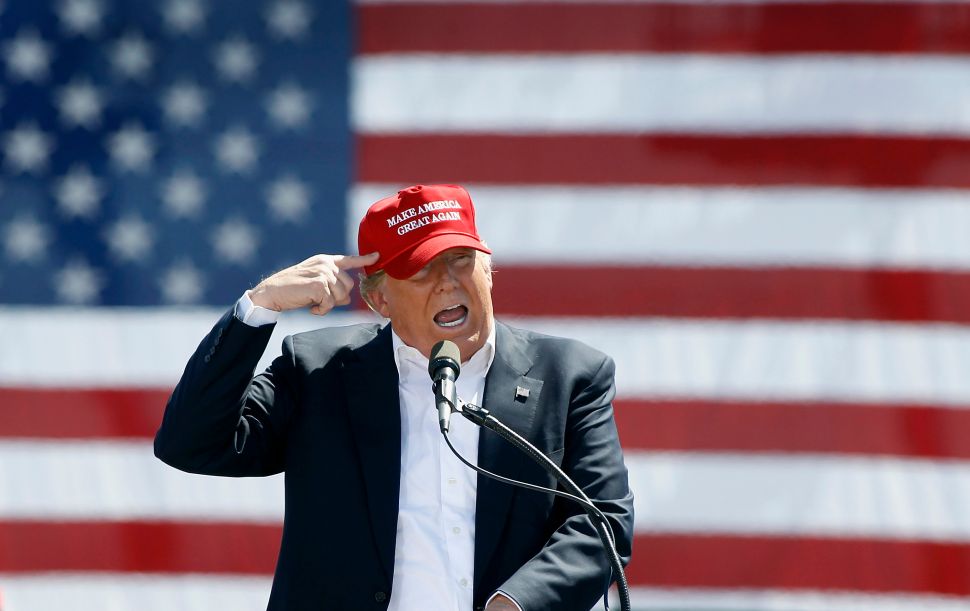