The first thriller of the new season is a bomb called State Like Sleep, and it’s about as thrilling as a power failure in Antarctica. One of the January cast-offs that failed to make the cut in the 2018 year-end releases, it’s a good example of why January is always dreary, in more ways than one.

In a plot that makes no sense whatsoever, it’s been a year since a Belgian film star named Stefan Delvoe (Michiel Huisman) committed suicide, but finally his estranged American wife Katherine (played by Sam Waterston’s daughter, also named Katherine) leaves her job as a New York photographer and flies to Brussels to sell their loft. When she gets there, she discovers that her mother-in-law is cleaning out the place and planning to sell it for her own profit. Worse still, Katherine’s own mother (Mary Kay Place) is already there for no reason, recovering from a stroke that will require brain surgery.

So Katherine hangs out in Belgium while her mother is in the hospital, trying to solve the mystery of what happened to her husband. Maybe it wasn’t suicide. Among the detritus he left behind, hidden photos snapped by the paparazzi appear of him and an unidentified blonde, and the money in the couple’s joint bank account disappeared before he died.

While she seeks the identity of the mystery woman, Katherine visits a strip club owned by Stefan’s best friend (a peroxided Luke Evans). She snorts some cocaine, only to discover it was heroin. She wanders the streets, gets a ride home with a neighbor in her hotel, an American named Edward (a wasted Michael Shannon). They sleep together, but nothing has the same impact (or brainless hilarity) as the stranger she picks up in a bar who gets a sex thrill out of shampooing her hair in a bubble bath. The movie drifts around aimlessly without any kind of direction that is visible to the naked eye, which might explain why the actors all wander about from scene to scene glassy-eyed, like zombies.

The dialogue is inane, the characters lack definition and the director hasn’t got a clue how to tell a story coherently. (Direction and screenplay are both by someone named Meredith Danluck.) “Do you want to have sex with me?” she asks. “Is that a theoretical question?” he answers. It drags on and on like that, with the pace of a dripping faucet. Jumping around in time frames, the already twisted plot gets mired in flashbacks that only add to the general confusion.

So what does it all mean? The woman in the photos turns out to be his therapist. The money turns out to be stored in his gym locker. So why did Stefan die? Did somebody murder him, or did he kill himself? In State Like Sleep nobody’s telling. In the end, the title refers to nothing more than the comatose state you’ll be in if you sit through the whole thing with your eyes wide open. 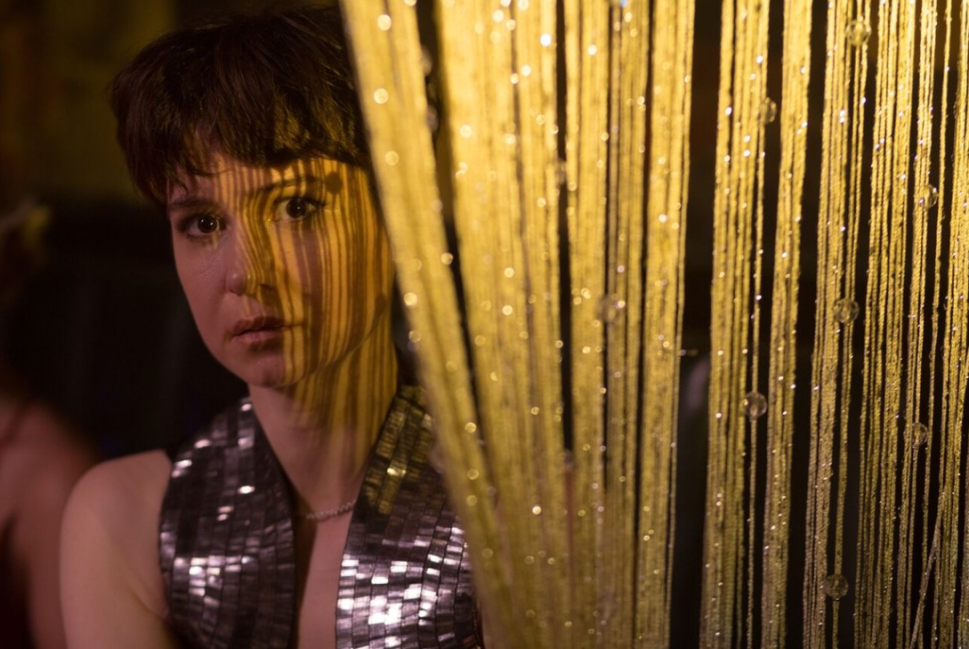