Congressman Steve King (R-Iowa) does not think the terms “white nationalist” and “white supremacist” should be considered offensive in today’s political climate.

“White nationalist, white supremacist, Western civilization—how did that language become offensive?” King told The New York Times in a feature published Thursday. “Why did I sit in classes teaching me about the merits of our history and our civilization?”

Despite sympathizing with white supremacists, King denied accusations he is racist, noting his Twitter feed is populated with pictures of “Iowans of all races and religions in his Washington office”—the same space that once featured a Confederate flag on display. Speaking with The Times, the lawmaker warned of a “great replacement” to white communities in Europe resulting from “ethnic migration.”

Despite recently endorsing a Chicago mayoral candidate tied to neo-Nazis, King was reelected to Congress this past election cycle, and is taking credit for having “market-tested” President Trump’s hawkish immigration platform. Following The Times report, conservatives who had defended King walked back their past support.

Donate to his primary challenger, Randy Feenstra, here. I plan on doing so. https://t.co/0RJIs63svi

I've defended Steve King, most notably on DW Backstage. I've met him a few times, liked him each time, and have not been persuaded by past accusations against him. After this interview, it's clear I was mistaken. It's time for Steve King to go. https://t.co/bSwMRqkFem

Shapiro published an op-ed for his flagship media property, The Daily Wire, in 2017 accusing the media of “lying” in covering King’s dogwhistles to white nationalists. The piece has since been updated with an editor’s note calling the original argument “far too generous.” 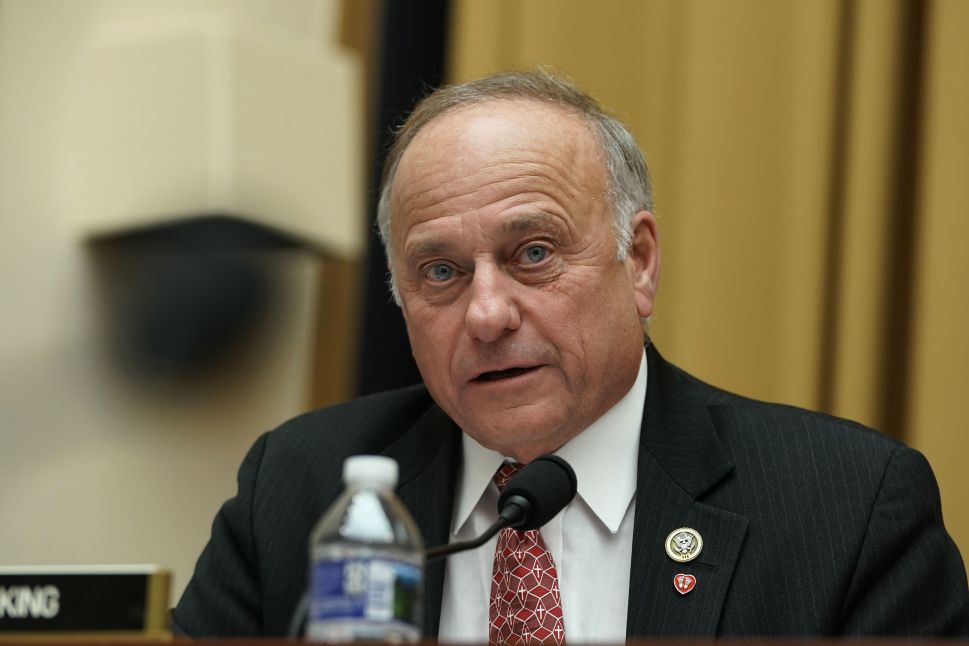