The truth will always come out. This year’s Sundance Film Festival was all about calling bullshit on the bullshitters, a rallying cry that jibes perfectly with this reckless, feckless Age of Trump. All across Park City, in sold-out venue after venue, movies explored lies and the lying liars who tell them.

“Based on An Actual Lie,” declares a sassy disclaimer at the beginning Lulu Wang’s family drama The Farewell, one of Sundance’s breakout hits. Zeitgeist hipster distributor A24 paid $6 million to scoop up the rights for the bittersweet dramedy about a Chinese family that decides not to tell their matriarch Nai Nai that she has only three months to live due to stage four cancer.

Awkwafina shines as the wise-cracking American granddaughter who reluctantly plays along with the deception. “Chinese people have a saying: ‘When people get cancer, they die,’” declares her tight-lipped father. What to do? Pretend that Nai Nai’s grandson is going to marry his new girlfriend and have everyone fly back to China for the big celebration. Her CAT scans are dark with disease? Just call them benign shadows. Better to let Nai Nai enjoy her final months in blithe ignorance. “It’s a good lie,” says a young doctor.

Amazon Studios spent $14 million on this talky drama that evokes ’70s conspiracy thrillers like All the President’s Men and Three Days of the Condor by making debates about printers in a windowless office sound downright menacing. “Paper has a way of getting people into trouble,” says an intel plebe curtly. “Paper is how we keep track of laws,” Jones seethes back.

That “fake it ‘till you make it” ethos pops up in The Inventor, Alex Gibney’s head-shaking look at phony wunderkind Elizabeth Holmes’ fraud-riddled attempt to revolutionize diagnostic blood testing. (Her $10 billion company collapsed within four years.) It also applies to Joe Berlinger’s Extremely Wicked, Shockingly Evil and Vile, a surprisingly restrained serial killer biopic that chronicles how charismatic Ted Bundy (Zac Ephron, impeccably cast) snowed an innocent girlfriend (Lily Collins) into believing that he totally did not kill dozens and dozens of women in seven states.

Most prescient is how Matt Tyrnauer’s fascinating documentary Where’s My Roy Cohn? maps out the seismic cultural legacy left by the morally repugnant, criminally specious, sexually closeted, self-hating super-lawyer. Starting in the ’50s, the pathologically dishonest Cohn counseled everyone from then-Senator Joseph McCarthy to now-President Donald Trump before dying of AIDS in 1986. His most profound gift to 21 century politics: Deny everything, admit nothing, win at all costs. And, most of all: attack, attack, attack.

Lies define Rhys Ernst’s delightful, heartfelt coming-of-age LGBTQ romance Adam, in which a straight teenage boy passes for a trans man in order to win the heart of a winsome lesbian. Deception also takes center stage in Julius Onah’s Luce, a stagey but provocative issues drama that wrestles with the is-he-or-isn’t-he question of whether that African-American superstar high school senior (Kelvin Harrison Jr.) might actually be a radicalized political threat.

In a world of two-faced snakes, is there any hope? Thankfully, Sundance threw audiences a lifeline with some inspiring films that revolve around honesty and the struggle of intention to act in such a manner—not just with others, but also with one’s self.

Shai LaBeouf worked closely with director Alma Ha’rel to make the autobiographical Honey Boy, in which LaBeouf plays his own abusive father. “This was, like, gestalt therapy,” said LaBeouf about the deeply moving and surprisingly empathetic film which he wrote while in rehab for alcoholism. “It’s strange to fetishize your own pain. It’s very selfish. But I was falling apart,” he said in an onstage Q&A after the film’s premiere. “Me and my father hadn’t talked in six or seven years. And now we’re talking.”

Joe Talbot’s beautiful, poetic drama The Last Black Man in San Francisco also revolves around honesty. Newcomer Jimmy Fails play a fictionalized version of himself (also named “Jimmy Fails”) in a story based on his own life’s attempt to reclaim a Victorian house where he grew up. “While we were writing this script, Joe knew me more than I did,” said Fails after the film won a standing ovation at the 2,000-seat Eccles Theater. The director returned the compliment. “No one else can play Jimmy Fails,” Talbot laughed.

One of this year’s biggest crowd-pleasers, Nisha Ganatra’s Late Night, revolves around the fundamental idea of being honest with yourself. Emma Thompson plays longtime talk show host Katherine Newbury, whose bright TV career has dimmed to the point of cancellation due to over-cautious jokes and an inauthentic comic personality. Her only chance at redemption comes in the form of a new hire, wildly inexperienced Molly Patel (Mindy Kaling). Hijinks ensue, as Newbury’s all-white, all-male writer’s room discovers a new voice for their host that also hews more closely to the honest truth. (Amazon Studios liked what they saw, and snapped it up for $13 million.)

Kaling, who also wrote the screenplay and produced the film, joined the rest of the cast onstage after its second smash Sundance screening to explain how she was driven to make Late Night because she wanted to make a movie that actually reflected her gender and ethnicity. “When you grow up, you don’t see yourself in the things you love,” she said. Most of the film’s characters go through their own moments of clarity and learn to be more inclusive. After all, they just want what’s best for the talk show. “People are teachable and malleable,” said co-star Paul Walter Hauser, leaving everyone with the eerily pertinent charge, “Just be genuine.” 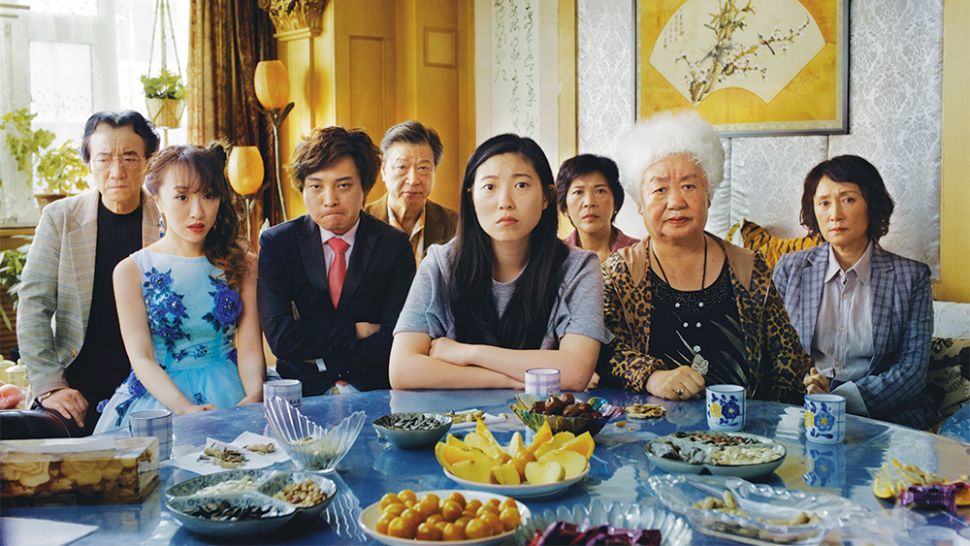