Around this time last year, it was rumored that ESPN and Fox were gunning hard for the services of Peyton Manning in the broadcast booth. Hearsay at the time suggested he would be able to command a deal in the realm of Jon Gruden’s lucrative $6.5 million per year as the former analyst on ESPN’s Monday Night Football. The future Hall of Fame quarterback ultimately passed, but now Tony Romo could be in line for a similar deal.

Romo, who currently broadcasts for CBS, will see his three-year contract expire at the end of this season. Coming off a universally praised performance in Sunday night’s AFC Championship between the New England Patriots and Kansas City Chiefs, Romo will next appear in the booth during CBS’ telecast of the Super Bowl. We all know how big a deal that game is in terms of ratings and exposure, and it sounds as if a bidding war for his services is imminent.

I can watch this clip of Tony Romo predicting plays from the AFC Championship ALL DAY LONG!pic.twitter.com/xKyZBSfDfX

The TV free agent seems to be drawing interest from across the industry, though CBS is prepared to give him a “substantial raise” from the $4 million or so he is currently earning, reports The New York Post. The NFL’s ratings this season rebounded by five percent following a three-year skid and, as we’ve said many times, live events remain one of linear television’s last remaining marquee attractions. Bolstering football broadcasts with the most popular broadcasting names is viewed as an essential move to maintaining viewership.

CBS holds the right to match any offer Romo receives. One thing to consider is that Madden and Gruden appeared on multiple shows for their respective networks, while Romo only appears on CBS’ game of the week. Still, with Disney’s acquisition of 21st Century Fox, the Murdochs are doubling down on news and sports as their core businesses, and last year spent more than $3 billion for the rights to Thursday Night Football. Meanwhile, ESPN is likely looking to make a splash after failing to snag Manning (despite what the network has said) and taking criticism for its 2018 Monday Night Football broadcasts. However, neither offered Romo a No. 1 analyst gig when he left the Dallas Cowboys to transition into broadcasting—CBS did.

Before we speculate further, we’ll have see how the Super Bowl unfolds on Sunday, February 3. 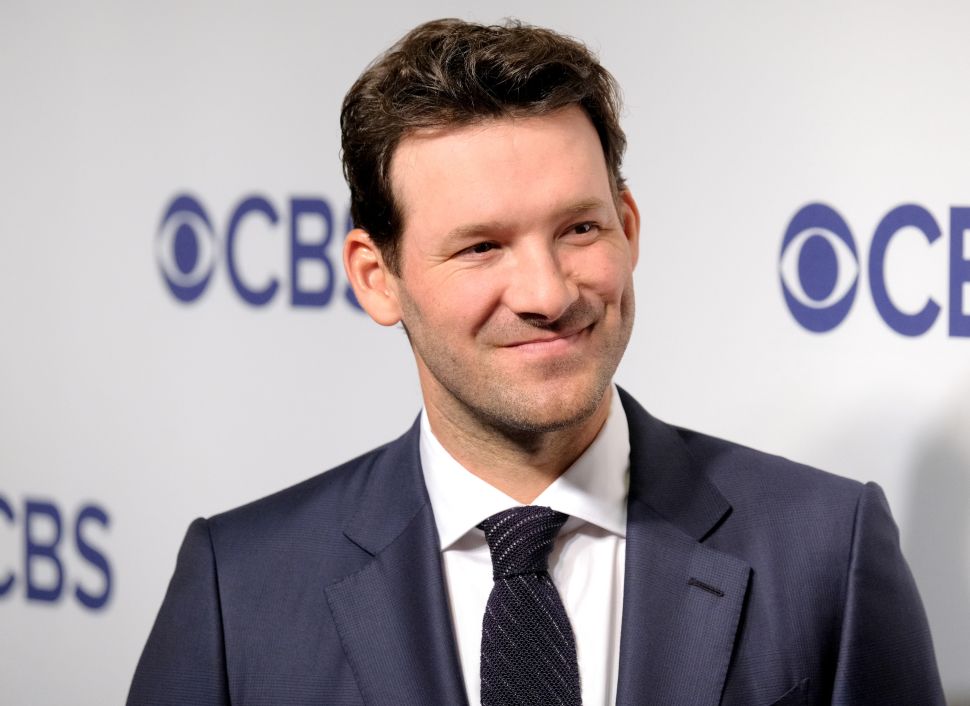