The six-part docuseries Surviving R. Kelly aired over the course of three nights on Lifetime this past weekend, sparking a flood of reactions to the alleged crimes and tarnished legacy of the larger-than-life R&B star. Sticking to the modus operandi he’s employed countless times over the past several years, Kelly continues to deny that any of the accusations made in the stirring documentary are true.

On Sunday, a source told TMZ that the “I Believe I Can Fly” singer claims he’s never even met half the subjects or witnesses featured in the documentary, and that the people who do know him only appeared in it as part of a “vendetta” against him. “He’s going to sue everybody who had anything to do with this,” the source said.

And lawsuits aren’t Kelly’s only attempt at muzzling his accusers. A Facebook page connected to a website that Kelly and his camp were reportedly planning to launch in order to publicly defame and humiliate the women featured in the documentary was taken down on Monday for violating the platform’s terms of service. The page, called “Surviving Lies,” featured an image of Pinocchio as its profile photo and had attracted more than 5,000 followers by early Monday afternoon before it was yanked. It included posts from users attacking at least two of the accusers interviewed in the docuseries as well as images and screenshots of alleged text messages between Kelly and some of his accusers, according to Fast Company.

“We do not tolerate bullying or sharing other’s private contact information and take action on content that violates our policies as soon as we’re aware,” a Facebook representative said in a statement.

Kelly and Co. seem to be getting desperate in their attempts to declare his innocence, which is hardly surprising given the mountain of evidence stacked against the 51-year-old singer. For decades, women and girls have been coming forward to assert that Kelly used his charm, wealth and considerable support system to physically and emotionally abuse them, and Surviving R. Kelly consolidates the many allegations into a more-or-less linear narrative that’s as incendiary as it is disturbing.

Director Dream Hampton meticulously illustrates how the performer’s behavior caught the attention of the national media from the start of Kelly’s career—first with his illegal marriage to then-15-year-old musician Aaliyah (made possible by Kelly’s assistant, who admits in the doc that he forged legal documents which asserted Aaliyah was 18) and later with a leaked videotape allegedly showing Kelly raping an underage girl that reached investigative reporters at the Chicago Sun Times.

Despite years of collective reckoning, Kelly’s alleged victims don’t think they’ve come close to achieving justice: Kelly has never been convicted of a crime or served any jail time. Eleven years ago, a jury found him not guilty on all 14 counts of child pornography filed against him after a trial clogged with disinformation tactics and victim-blaming. Kelly has, however, become much more financially insolvent over the years after settling many high-profile disputes out of court, canceling individual gigs and a tour, and losing a home to foreclosure.

Still, as Vulture writer Angelica Jade Bastién writes,“Many of the women interviewed note how this world does not care for black girls and women.” She goes on to criticize the documentary for its misguided focus. “Surviving R. Kelly is too interested in the particulars of what R. Kelly did to these women’s bodies to fully care about their humanity or grapple with the murky complexities of the bigger picture.”

Lisa Van Allen, who appears in the documentary, testified in court in 2008 that Kelly had manipulated her into having three-way sex with himself and the underage girl in the leaked sex tape (the girl was first reportedly introduced to Kelly when she was only 12 years old). In response, “[Kelly’s] defense team called her a liar and extortionist and compared her, literally, to Satan,” David Streitfeld of The New York Times wrote after the verdict.

The discrediting and silencing of those who’ve spoken out against him have always been a huge part of Kelly’s strategy, say his alleged victims. In Surviving R. Kelly, Van Allen recounts that after the singer discovered she had taken one of his sex tapes without his knowledge, plans were floated amongst Kelly and his team to have her assassinated.

Later, A’Iceis Clary discusses being ejected from Kelly’s studio in Chicago after she made an attempt to retrieve her sister, Azriel Clary. A’Iceis alleges that she was told that she, her sister and her parents would not “make it out alive” if she shared her story. Meanwhile, a preview showing of Surviving R. Kelly last month in New York City had to be evacuated after an as-yet-unidentified perpetrator called the venue and threatened to open fire in the theater unless the screening came to a halt.

Nevertheless, the sheer volume of accusations leveled against Kelly has left his public image crumbling at his feet. Whether he’ll ever land in prison remains uncertain, but his protestations look increasingly dubious and pathetic. A slew of celebrities including Kerry Washington, Jada Pinkett Smith, Meek Mill and his onetime collaborator Chance the Rapper have all taken to social media to express their support for the documentary.

Said Chance in a statement on Twitter, “I apologize to all of his survivors for working with him and for taking this long to speak out.” 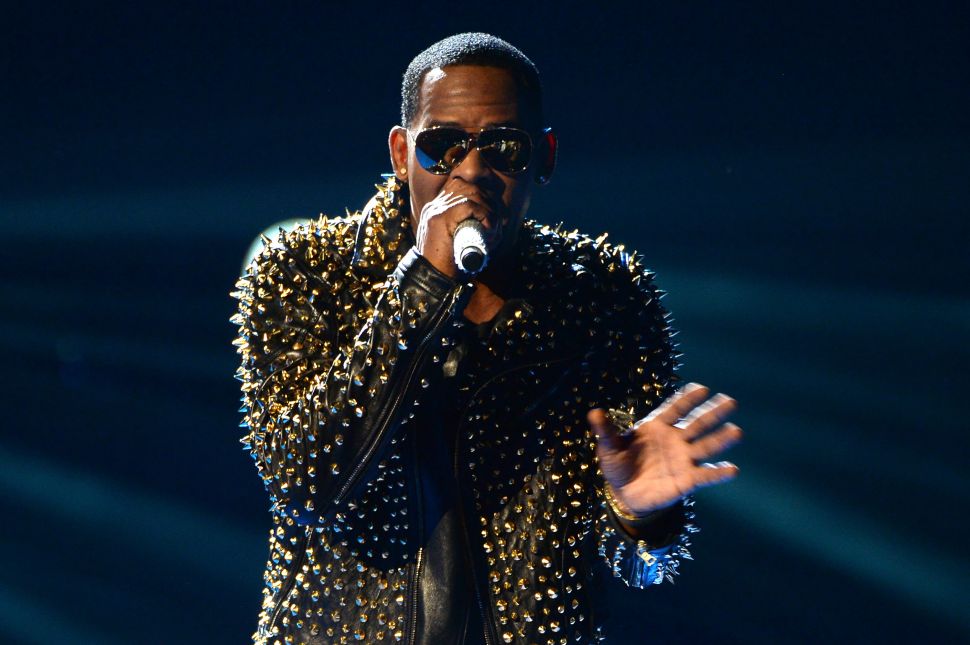