It is with a heavy heart that we must bid adieu to the third season of NBC’s The Good Place tonight. The creatively unconventional afterlife comedy has morphed into something of a streaming-era hit—light on live ratings, but far more popular than you might think. That’s fitting given that the series has more in common with the trope-breaking of cult classic Community than it does with the warm and fuzzy feel-goodness of, say, Modern Family. What other show do you know can combine delectable food puns (Biscotti Pippen!) with meditations on moral philosophy?

The Good Place is an extension of Michael Schur’s burgeoning small-screen empire. The prolific and talented showrunner-writer-producer has had a hand in creating and writing The Office, Parks and Recreation and Brooklyn Nine-Nine. Naturally, the next logical step from workplace relationships and American politics was the dichotomy between Heaven and Hell. But for those looking for ethical wisdom, not to worry: Schur has you covered with a grand unifying theory that stands at the heart of TGP.

“To me, the meaning of life is to try to be a better person today than you were yesterday,” he told IndieWire. “And the corollary to this is when you blow it, just own it, man. Just own it! It’s very hard to do. It’s embarrassing. I’m not great at it. I’m trying very hard to be better at it, but when you blow it—whether it’s small, medium or big—just try to own it. Just say, ‘I’m really sorry. I blew it. But I’m going to try to do better.’ If you can do those two things, if you can try to be better today than you were yesterday, and you can own your own mistakes in an honest and straightforward way, that to me is the meaning of life—at least at this moment.”

Taking responsibility for one’s own shortcomings is indeed very tough, and it’s proven to be an especially long and arduous journey for Good Place protagonist Eleanor Shellstrop (Kristen Bell) and her team of earthly and celestial cohorts. But what a hilarious, thought-provoking, moving and always delightful journey it has been.

Wondering how you can watch The Good Place Season 3 premiere tonight online? The easiest way is on NBC.com/live. If you pay for cable (or know someone who does), all you need is your log-in and password information, and you’re off to the races. However, if you’re cutting costs around the house and don’t have a cable subscription, you’ll need to look elsewhere. We suggest DirecTV’s free seven-day trial. You’ll get a full seven days cost-free before your paid membership begins. (Come on, we know you want to find out what happens with this new Good Place-Bad Place test.) 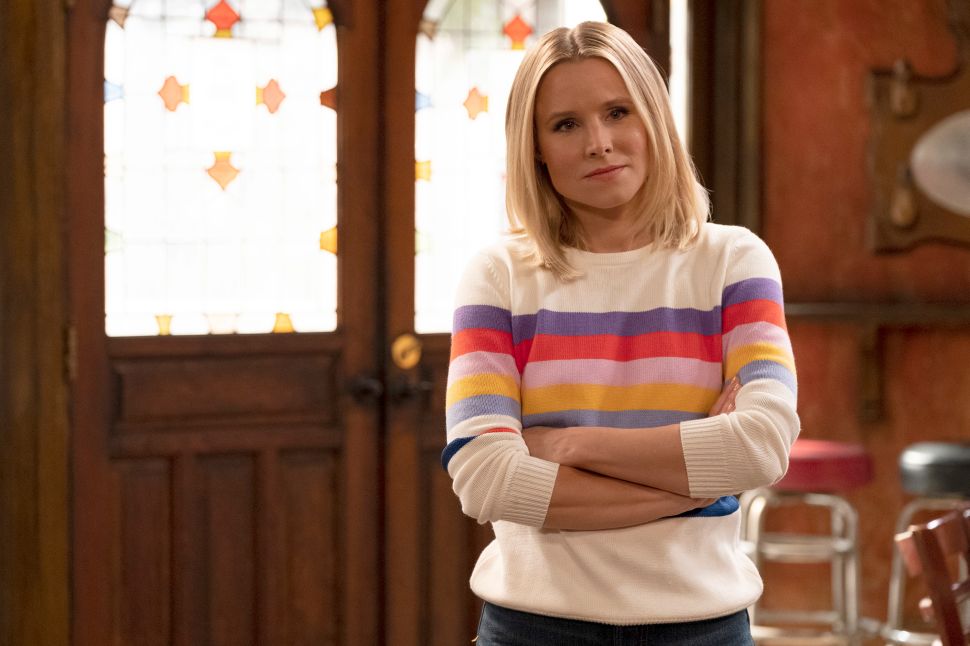