During World War II, scores of German Jews tried to escape from being deported to concentration camps in Poland by disguising themselves and living in plain sight of the Nazis. The Invisibles is about four of them who managed to survive the Holocaust. Directed and co-written by Claus Räfle, one part of the film comprises interviews with all four of them, conducted in 2009. The second part illustrates their experiences in a scripted narrative replete with archival footage and sometimes weakly reenacted dramatizations. The result is half docudrama, half suspense thriller with the constant threat of seeming artificial and fictional. Amazingly, the actors are so engaging and believable, and the facts are so riveting, that the movie, despite its flaws, held me spellbound.

In 1943, Hitler’s demonic minister of propaganda triumphantly declared Berlin finally rid of the last Jew.  History now reveals he was as wrong as he was evil. Several thousand German Jews managed to survive in the city. The four centerpieces in The Invisibles are Cioma Schönhaus (Max Mauff), Hanni Lévy (Alice Dwyer), Ruth Arndt (Ruby O. Fee) and Eugen Friede (Aaaron Alteras). They didn’t know each other, although they lived in close proximity, but each has a story that is worthy of a novel.

Cioma was hidden in the basement of the Afghan embassy, where he made himself useful forging official documents while he avoided the draft by declaring himself necessary to the war effort. Eugen masqueraded as a cousin to a family of anti-Nazis, playing both political factions against each other. Ruth was protected by an actual officer of the Third Reich who hired her as his maid. Hanni dyed her hair blonde, disguising herself as a Nazi war widow in mourning.

It’s harrowing to watch innocent people in constant danger of being detected and arrested by the Gestapo, and even more nerve-wracking to see how both Christians and Communists alike risked their own lives to  protect them. There’s one genuine villain named Stella Goldschlag who devoted herself to acting as a Jewish informer. She is the closest thing in the film to the fiend they called the Beast of Bergen-Belsen. Everyone else seems normal, which makes the danger more palpable.

The two styles of the movie don’t always jell comfortably. The testimonies of the real survivors furnish a feeling of authenticity that draws the viewer into the terror and chaos of each day in a city falling to ruin. The staged sections never achieve the same ambience. Bombs fall, reducing property and lives to rubble, described but never depicted, and the arrival of Russian persecutors pretending to be liberators is only implied. I found it interesting, but less evocative of the real genocide than what you get from the history channels on cable TV. It might lack both the paralyzing force of Schindler’s List and the devastation of Shoah, but The Invisibles nevertheless illuminates more seldom-explored facts of what is still the most profoundly shocking chapter in human history. 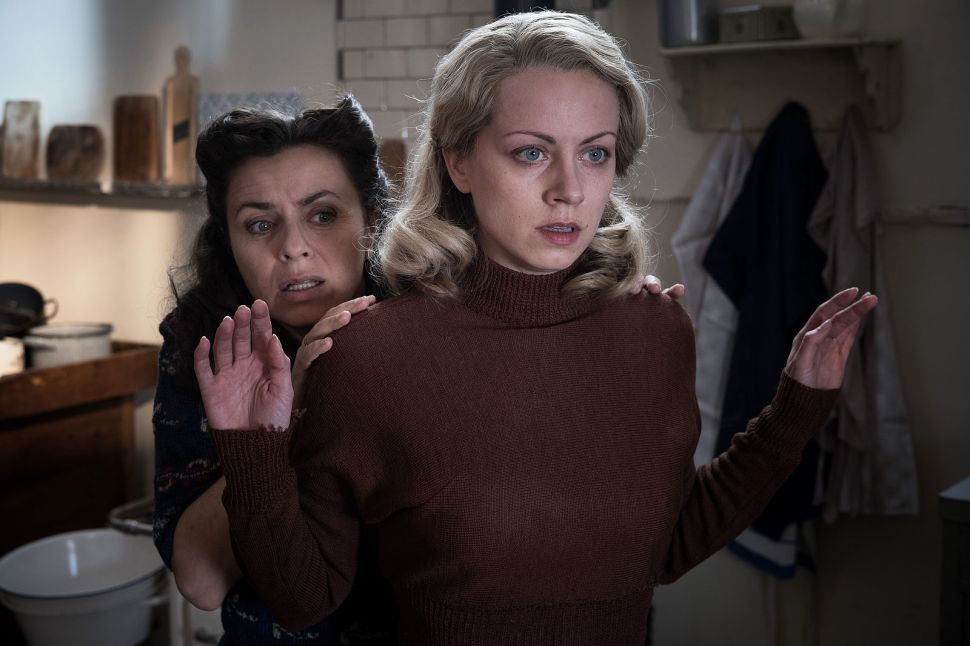