The Magicians is something of a conundrum. It is the SyFy channel’s most watched show, yet its third season didn’t even sniff a million live weekly viewers. It is a critical genre darling, but your average couch potato couldn’t pick it out of a lineup. SyFy may not boast the same long reach as other, more acclaimed networks, but if the basic cable’s overly ridiculous Sharknado franchise can become a hashtagable addition to communal viewing, why can’t this series generate a bit more traction? The fourth season debuts tonight, and we implore fans of fantasy and science fiction to tune in (and then go catch up on the first three seasons, currently available on Netflix).

“I think Magicians has really helped [SyFy] get into more homes,” co-star Olivia Taylor Dudley told Observer last year, “and we get a bigger female audience than any of the other shows, which is really exciting.”

Maybe you’re under a Confundus Charm that forces you to think The Magicians is some kids show with rainbows and ponies. Well, we’re happy to report there’s enough cursing and drug abuse in it to open an entire dirty rehab center solely for mythical creatures. Or perhaps an Obscuro spell has been cast over your eyes and you think The Magicians is a hokey, campy mystical mess. Well, we’ll have you know that the series boasts enough violent duels and steamy hookup scenes to make even Game of Thrones blush. Or maybe you’ve been stupefied into believing it’s all pulp, just a flashy gimmick with no real substance. Au contraire! Season 3 featured story lines mimicking the rise of fascism, a meaty premise that promises enough depth and maturity to hold the most refined viewer’s interest.

The Magicians routinely tackles a wide array of touchy subjects such as addiction, mental health and sexual assault. Kicking off in 2015, it served as a pre-Time’s Up linchpin of female empowerment, with countless women ruling over its kingdoms. It offers political undertones in its regal plot threads, all packaged in a delightful and self-aware manner that allows its pointed messaging to resonate without bogging down the proceedings. This is a show in which inexplicably good-looking people run around trying to kill demons and party with gods, but never at the expense of some Serious Storytelling™.

So give The Magicians a shot. It’s basically a naughtier, more adult Harry Potter, and who wouldn’t be interested in that? 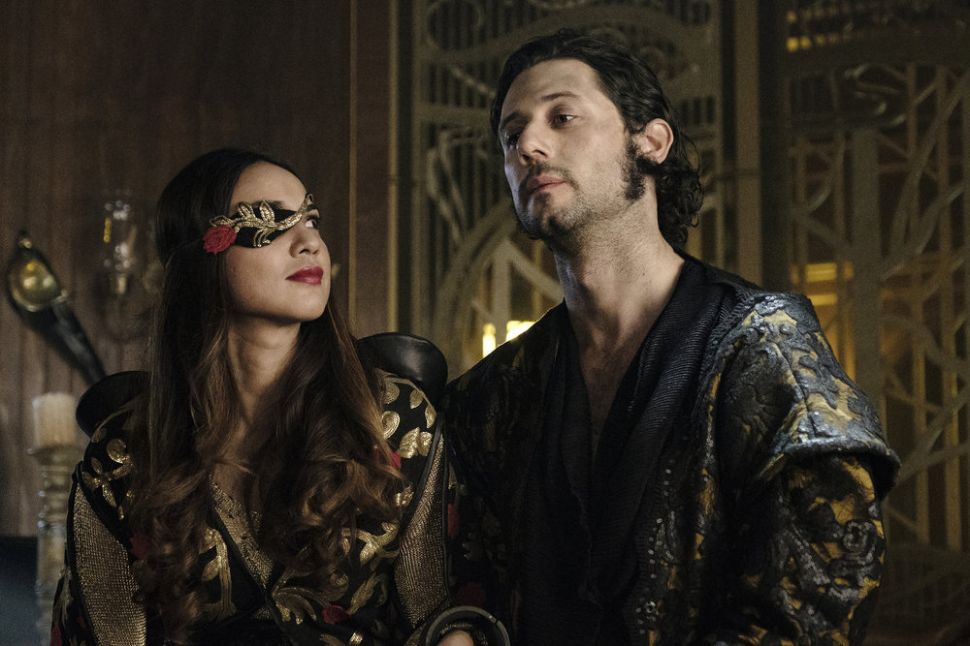