Written and directed with a pedestrian lack of both suspense and excitement, The Standoff at Sparrow Creek addresses America’s gun culture in the form of a talky thriller about the paranoia that sets in after a masked member of a militia group commits a fatal attack on police officers attending a policeman’s funeral. It starts off borrowing uneasily from the violent, overrated Reservoir Dogs and slowly descends into a tedious series of repetitious interrogation sequences, dimly lit with shadowy camerawork. The caterpillar crawl that passes for pacing succeeds in putting any number of viewers to sleep, including me.

When they discover their armory is missing an AR-15 rifle used in the massacre, seven members of the militia gather inside a lumberyard warehouse to determine which man in their ranks has gone rogue and committed the assault before the cops break up their organization for good. Heading a solid cast of character actors, James Badge Dale (World War Z) plays a former cop turned renegade who tries to solve the case with a one-note flatness that makes you wonder how long the shooting days were.

The paranoia theme peters out fast. The suspects in the mass shooting—some hating government authority and advocating anarchy and chaos, others afraid of being labeled garden-variety terrorists—are not conflicted or interesting enough to sustain interest, and the rest of the gun-toting militiamen are so crippled by profanity that when they spout cliches about gun control you might forget to care much whether their reputations are saved or not.

The growing public fear over mass shootings everywhere from nightclubs to classrooms makes the subject matter viable, and the way first-time director Henry Dunham builds distrust among viewers of both the militant fanatics and the police force is worthy of attention. Both factions, according to this film, are criminal exponents of the truly disgusting world we live in, and neither inspires dependability or hope for a safe future.

The actual shooting is never even shown. The details are revealed via police scanners and cop-car radios. It all leads up to an inevitable showdown between the militiamen and the cops that’s been done dozens of times in other films. There’s nothing new in The Standoff at Sparrow Creek except the title. 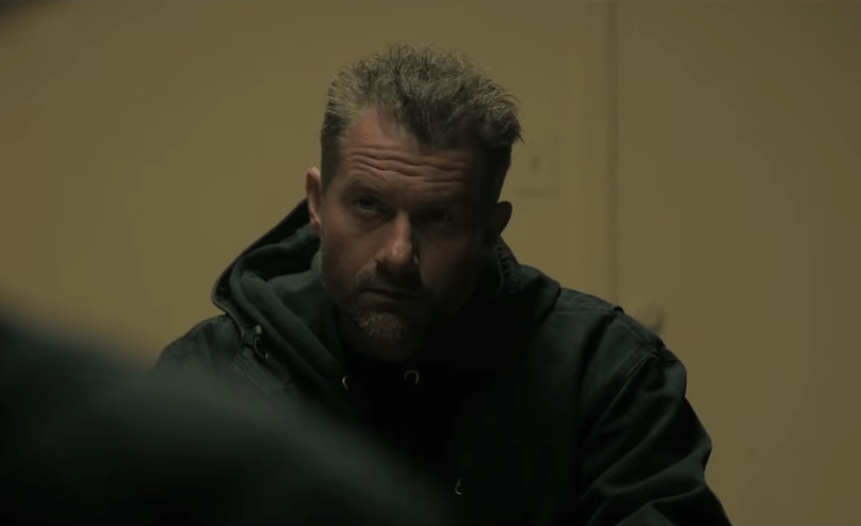