NBC’s This Is Us is one of television’s biggest hits and one of prime time’s last remaining audience draws. People really love the show and are very curious about its inner workings (even we’re not above concocting a tinfoil hat theory every now and then). At last night’s Golden Globes, star Justin Hartley, who plays Kevin Pearson, fanned the flames of intrigue when he revealed that not only does he know how its current season and the entire series are going to end, but that he also sometimes accidentally reveals spoilers to inquisitive fans.

“We’ll know when the season starts airing, we’re six, seven shows down the road, so we’re way ahead of the audience, and then the audience kind of catches up,” Hartley said of his knowledge of plotlines while speaking to E! News cohost Giuliana Rancic (per People). “I hope it doesn’t end soon, but I kind of know how the series ends. Isn’t that something?”

In fact, Hartley confessed that most of the main cast knows the ultimate endgame that showrunner Dan Fogelman has in mind and that some (un)lucky fans might know as well. Turns out, Hartley is not much of a secret-keeper.

“It’s so nice that people are into it and that people are interested and want to know, but it’s also frustrating because I sometimes will say things that I’m not supposed to say by accident,” he said. “And I’ll have a conversation and I walk away, and I’m like, ‘Wow, I really hope they weren’t paying attention because I just gave away a story line.’”

To counteract his candor, Hartley will sometimes create faux spoilers (such a Kevin move).

“I’ll get nervous and make something up that isn’t in the show,” he told the outlet. “I’ll just lie.”

Though This Is Us scored a 2018 Golden Globe win for Sterling K. Brown (who plays Kevin’s brother, Randall) and two other nominations since 2017, it did not receive a single nomination this year.

This Is Us will resume new episodes of its third season on January 15. 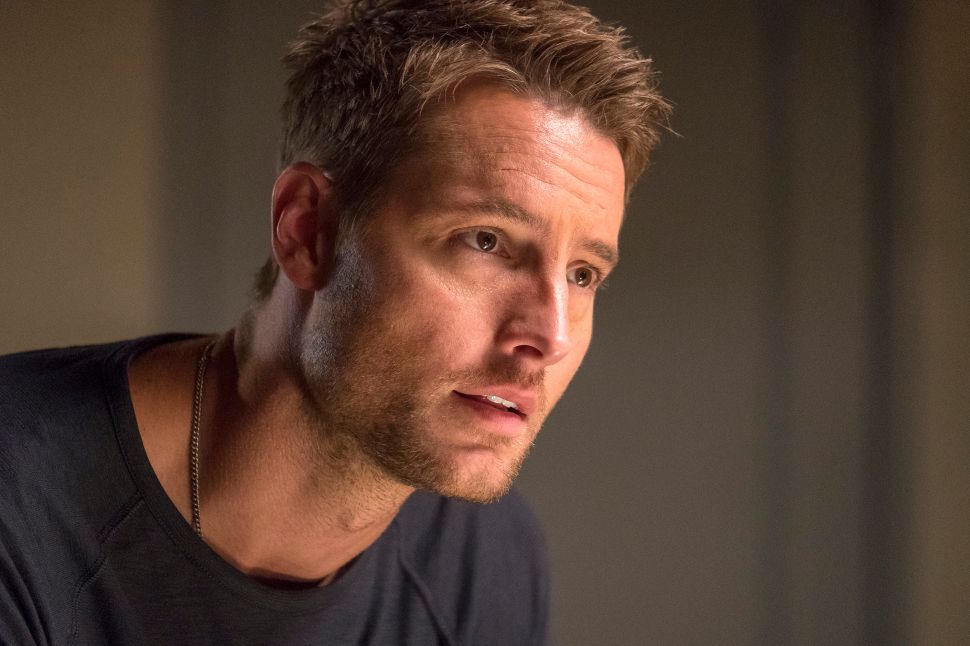