Timothée Chalamet might be an old soul when it comes to his preternatural acting skills, but the Beautiful Boy star made a classic early-20-something miscalculation during a Friday morning appearance on The Ellen DeGeneres Show. In an awkwardly candid moment, the charmingly effusive 23-year-old told a goofy story about locking his naked mother, Nicole Flender, out on the balcony of a cruise ship when he was a preteen.

“I thought it’d be really funny if I actually left the room, gave it a minute or two,” he told DeGeneres. “And I waited like three minutes, and I didn’t have my key card after, I realized. I, like, ran the length of the ship a couple times and was, like, weeping.”

Let’s just get this out of the way: There’s absolutely nothing shocking or transgressive about Chalamet’s story. Kids play dumb and thoughtless pranks on their parents when they’re too young to know any better, and, well, it’s funny! Chalamet’s mother-nudity monologue, however, seemed like a misfire for the Ellen show, which is defined by the host’s tastes for easy-viewing fare and family-friendly content. You could tell from DeGeneres’s puckered face that she found the whole spiel to be just a little too much information.

“That’s not a weird thing when you’re prepubescent, right?” Chalamet asked. “Maybe I shouldn’t have brought that up!”

No matter. Chalamet was never going to fall in line and become another exaggerated, “strong but silent,” butch Hollywood leading man of yesteryear, ideologically or otherwise, nor should he be expected to. After all, “the hottest actor on the planet” rose to ubiquity after playing the beloved main role in a wonderfully poetic gay romance set in mid-1980s Italy (2017’s excellent Call Me by Your Name), he grew up Manhattan and, for crying out loud, one of his parents is French.

If you listen closely during the interview, you can hear the sound of conservative Americans quivering in their boots. But given how fast Chalamet’s star is rocketing, they’re just going to have to adjust. 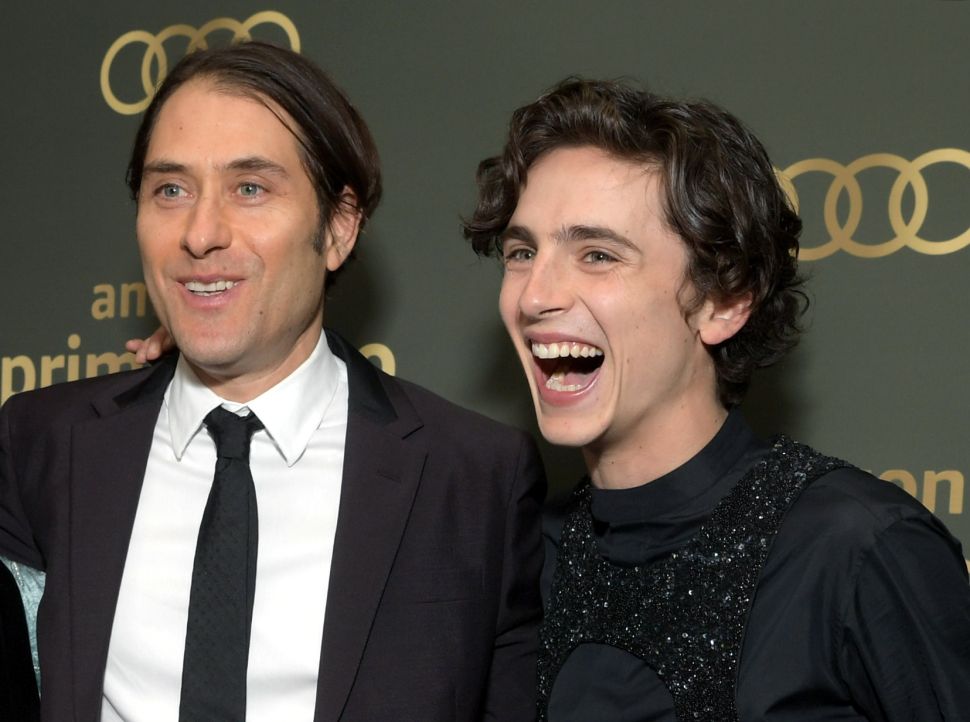