We still know very little about Pixar’s Toy Story 4, the blockbuster sequel arriving this summer, nine long years after the franchise’s last installment. The movie’s official logline reads simply, “When a new toy called ‘Forky’ joins Woody and the gang, a road trip alongside old and new friends reveals how big the world can be for a toy.”

So yeah, as you can see, the studio has been awfully light on specifics (though we sorta already love Forky). Will Andy be involved somehow? Will we see the return of Sid? Has Buzz reached the “beyond” portion of “infinity and beyond?” Naturally, fans of Pixar’s crown jewel are hungry for more info.

The good news? We might have some. Sources tell us that Keanu Reeves, who joined the cast in November in a mystery role, is playing a character named Duke Kaboom, who hails from a place where discontinued toys are sent (we’re totally getting an original GameBoy cameo, aren’t we?). Apparently, Bo Peep (voiced by Annie Potts) seeks out his help in retrieving her sheep after they’ve been taken from her. So, essentially, Reeve’s Duke Kaboom is the John Wick of toys. This sounds promising.

In other Toy Story 4 news, sources also tell us that none other than Randy Newman has written a new original song for the film called “Lonesome Cowboy.” Newman has won two Oscars for his work with Pixar and earned multiple Academy Award nominations for his Toy Story music, so it’s safe to say that the fourth film is in capable hands in that department.

Toy Story 4 was written by Andrew Stanton and directed by Josh Cooley, who is making his feature film debut. All of your favorite characters such as Buzz (Tim Allen), Woody (Tom Hanks) and Jessie (Joan Cusack) are returning. New actors aside from Reeves joining the cast include Jordan Peele, Keegan-Michael Key and Patricia Arquette. The film hits theaters June 21. 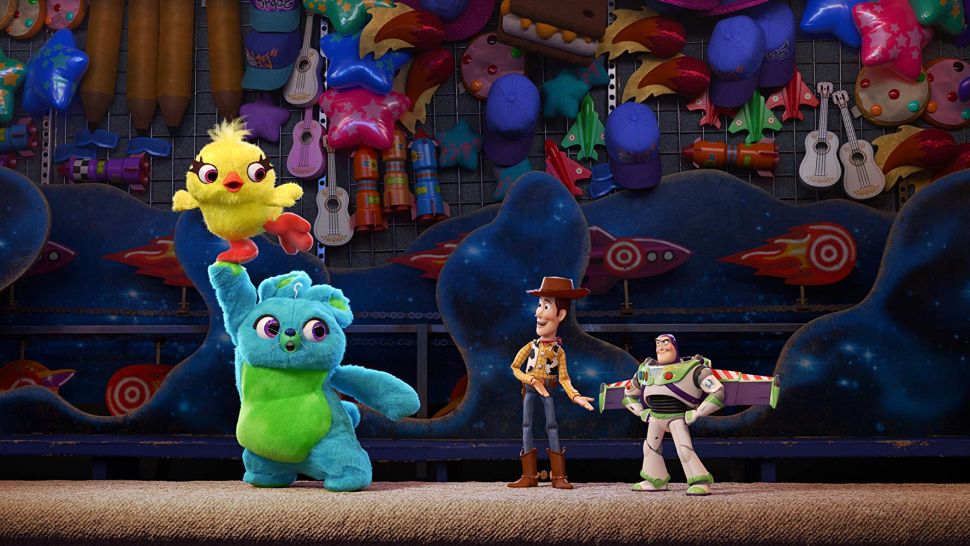