Robert Penn Warren wrote that poem—he was the first Poet Laureate of the United States. He popularized the paradigm of New Criticism, which emphasized a close reading or objectivist method of analysis, and disregarded the author to focus solely on the text. “Tell Me a Story” is one of his most popular poems, and it’s quoted early on in the first episode of True Detective Season 3. Yet what creator Nic Pizzolatto hopes to be a thematic harbinger and a reminder to the viewer is a false dilemma; we, as an audience, are incapable of objectivity. We are unable to treat a story as its own aesthetic object. We cannot help but poke and prod, compare and contrast, and, ultimately, pass judgment. We are prisoners of our own experiences and expectations.

The first season of True Detective arrived in 2014, when movie stars gracing the small screen was still something of a novelty; it was a simpler time in television. It soon became apparent that the combined strength of Matthew McConaughey and Woody Harrelson, the macabre underpinnings of Pizzolatto’s story and the gothic tones of director Cary Fukunaga offered something different. Premiering in January, ahead of a historic season of Game of Thrones a few months later, True Detective became a phenomenon—a rare example of monoculture that demanded communal consumption. And while its grand finale left something to be desired, Pizzolatto had suddenly become HBO’s latest golden boy. A new franchise had been born.

But hype isn’t just a launchpad; it’s a terraformer. It inherently changes our perception, reshaping it into an emotional reflex rather than a detached analysis. We’re suckers for a good narrative, and if we can be part of a new wave of entertainment, we will not be stopped as we rush to anoint the next gatekeeper. We yearn for “great distances and starlight,” after all.

Everyone knows what happened with True Detective next. Its fast-tracked second season failed to live up to the hype—spectacularly. Highlighted by another splashy cast, it was defined by glossy yet empty attempts at dramatic statements. “Never do anything out of hunger, not even eating,” Vince Vaughn’s Frank Semyon mused to a bewildered audience, who was left to puzzle over this insipid nugget of half-baked wisdom.

What we learned from True Detective‘s convoluted sophomore effort was that we had foolishly undervalued the power of Fukunaga’s singular style. The director did not return for the second go-around following tension with Pizzolatto during the first, and his absence could be felt in every probing shot that presented a moment, yet revealed very little. The critical backlash to Season 2 was overwhelmingly acerbic because we so desperately wanted it to succeed. We wanted to believe the hype, but felt like we’d been sold a bill of goods. We, the audience, became emotional beasts.

That brings us to the show’s third season, arriving four years later with hopes of resuscitating the brand. Returning after we’ve witnessed the lofty highs and abysmal lows of Pizzolatto’s storytelling, this latest installment—of which we’ve seen the first five episodes—settles calmly in between. It is neither as raw and gripping as the series’ rookie season nor as structurally unsound as its second. It is good, not great. But what else could it have been?

Watching the undeniable force of its star Mahershala Ali, who anchors the tale across three time lines, one can’t help but wonder what Season 3 might have been had the words “True Detective” never splashed across its opening credits. Were this series not so plagued by outrageous expectations and a stubborn stigma, would we be more forgiving when a temporal flourish reminiscent of Season 1 is recycled here? Would we be more wowed by the staunch yet somehow attractive nihilism of Ali’s Wayne Hays if McConaughey’s Rust Cohle hadn’t done it first?

The upside of an anthology series is that its stories and characters change every year, offering a clean slate for its creators. Yet True Detective‘s initial explosion and subsequent implosion contaminated that process. The dramatic ends of the spectrum upon which it has already landed has left little room for a middle ground. Good isn’t good enough.

New Criticism requires us to treat a work as a self-contained endeavor, but it’s nearly impossible to detach ourselves from what came before it, for better or for worse. Whether it’s fair or not, the ghosts of True Detective‘s past continue to haunt us. We can’t shake the desire to see it reignite its old flame, even as we remember the embers of its failure. 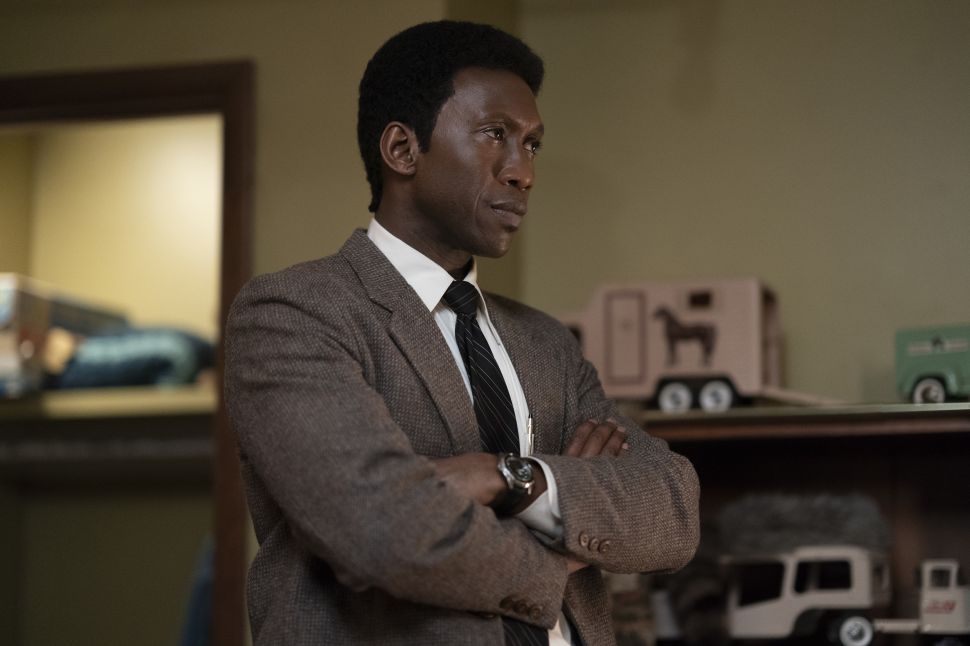