For weeks now, President Donald Trump has had his mind fixated on the U.S.-Mexico border wall. He’s made it clear that he won’t budge until he gets the wall funded—despite the fact that the government shutdown is on track to be the longest in U.S. history. But then, out of nowhere, he changed the subject to a completely unrelated branch of immigration: the H-1B visa program.

“H1-B holders in the United States can rest assured that changes are soon coming which will bring both simplicity and certainty to your stay, including a potential path to citizenship,” Trump tweeted Friday morning. “We want to encourage talented and highly skilled people to pursue career options in the U.S.”

It’s unclear why the president is suddenly interested in the H-1B program again. Nor is it clear what he actually meant by his tweet.

“My coworkers and I have been scratching our heads all morning over the same question: What was he talking about?” said Michael Nowlan, a lawyer representing H1-B petitioners and a co-leader of the Immigration Business Unit at international law firm Clark Hill PLC.

The H-1B visa program, under the Immigration and Nationality Act, allows U.S. employers to hire foreign workers with a bachelor’s or higher degree for jobs matching their fields of study for up to six years. Every year, the U.S. Citizenship and Immigration Services (USCIS) issues a maximum number of 65,000 such visas, plus an additional 20,000 slots exclusively to applicants with a master’s or higher degree.

To eligible foreign workers and their employers, a main issue with the H-1B program right now is the fact that the number of applicants has routinely exceeded the total 85,000 cap allowed by the USCIS for years.

For now, whose application gets to be processed relies entirely on a random “lottery system,” regardless of the applicants’ qualifications. Applicants with an advanced degree (master’s or higher) have a slightly better chance than those with a bachelor’s degree. Under the current process, the advanced pool (with degrees from a U.S. college or university) would first compete for the 20,000 advanced degree-only slots. Those who aren’t selected would then go into the second round with everyone else for the 65,000 slots.

Nowlan said that what Trump meant by “simplicity and certainty” could be upcoming changes to the “lottery system,” which will give advanced degree holders an even higher chance of getting the visa.

Last month, the Trump administration proposed an H-1B rule change to essentially reverse the “lottery” process: All applicants will compete for the general 65,000 slots first, and then, any advanced degree holders who aren’t selected will compete for the remaining 20,000 visas.

According to the USCIS’s calculation, the change will boost the number of H-1B recipients with an advanced degree by 16 percent.

To implement such a rule change, the president won’t need to go through Congress, Nowlan said.

H1-B holders in the United States can rest assured that changes are soon coming which will bring both simplicity and certainty to your stay, including a potential path to citizenship. We want to encourage talented and highly skilled people to pursue career options in the U.S.

However, as for the “potential path to citizenship” Trump teased on Friday, “there’s nothing out there that I’m aware of that can likely get passed to change the path from an H-1B visa to citizenship,” Nowlan told Observer, noting that any changes to the citizenship application process would be subject to a congressional voting.

“I don’t see any comprehensive immigration reforms coming in 2019,” he added. “We can’t even agree on these funding priorities [on the border wall]. Things are just too cantankerous right now.”

Under current immigration law, H-1B holders have the option to apply for a green card to obtain permanent residency before their work visa expires. Then, there is a minimum five-year wait period before they can apply for citizenship.

H-1B holders are subject to the same taxation laws as U.S. citizens. 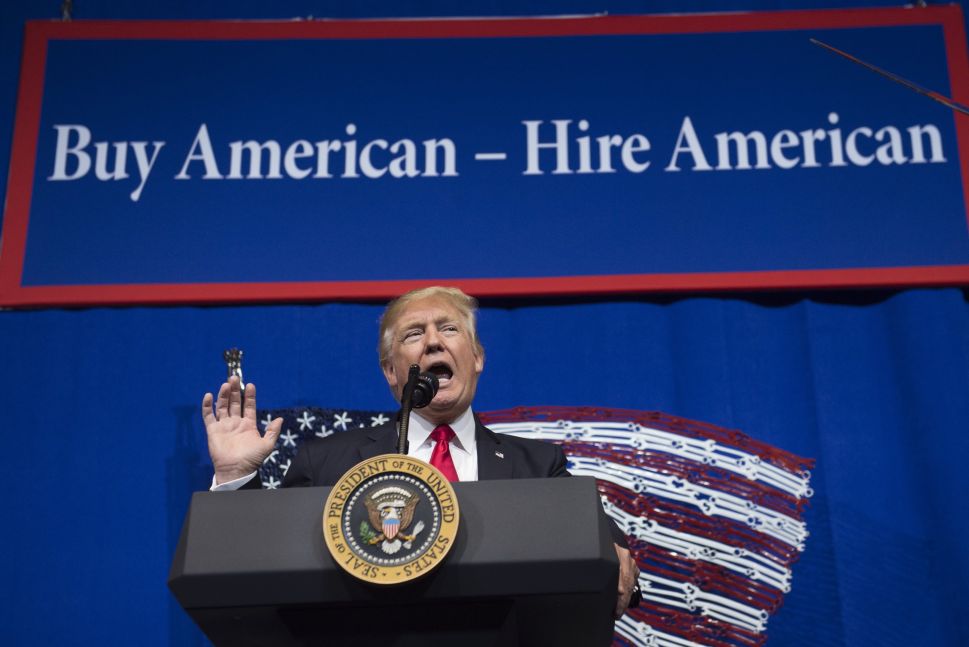