“I think this is going to lift up the whole pro-life movement like maybe it’s never been lifted up before,” the president told The Daily Caller later that afternoon. “The pro-life movement is very much a 50-50. It’s a very 50-50 issue. Actually, it’s gained a point or two over the years.”

“I think this will very much lift up the issue because people have never thought of it in those terms,” he continued.

The president was responding to Northam’s remarks on a local radio station about a bill he supports that makes abortion access easier. The governor said “a discussion would ensue between the physicians and mother” over whether to kill a recently born infant with deformities.

“[Third-trimester abortions are] done in cases where there may be severe deformities. There may be a fetus that’s nonviable,” Northam told Washington radio station WTOP. “So in this particular example, if a mother is in labor, I can tell you exactly what would happen: The infant would be delivered. The infant would be kept comfortable. The infant would be resuscitated if that’s what the mother and the family desired. And then a discussion would ensue between the physicians and the mother.”

The bill Northam is endorsing eliminates the requirement that second- and third-trimester abortions be performed in a hospital, along with the requirement of an ultrasound and that two other physicians “certify that a third-trimester abortion is necessary to prevent the woman’s death.” Supporters of the legislation have noted that the policy change would alleviate bureaucratic loopholes many women go through when deciding whether or not to undergo the medical procedure.

“Republicans in Virginia and across the country are trying to play politics with women’s health, and that is exactly why these decisions belong between a woman and her physician—not legislators, most of whom are men,” said Northam spokeswoman Ofirah Yheskel in a statement.

It is Northam’s remarks, however, that have defined public opinion toward the legislation.

“Do you remember when I said Hillary Clinton was willing to rip the baby out of the womb?” asked the president on Wednesday. “That’s what it is, that’s what they’re doing. It’s terrible.” 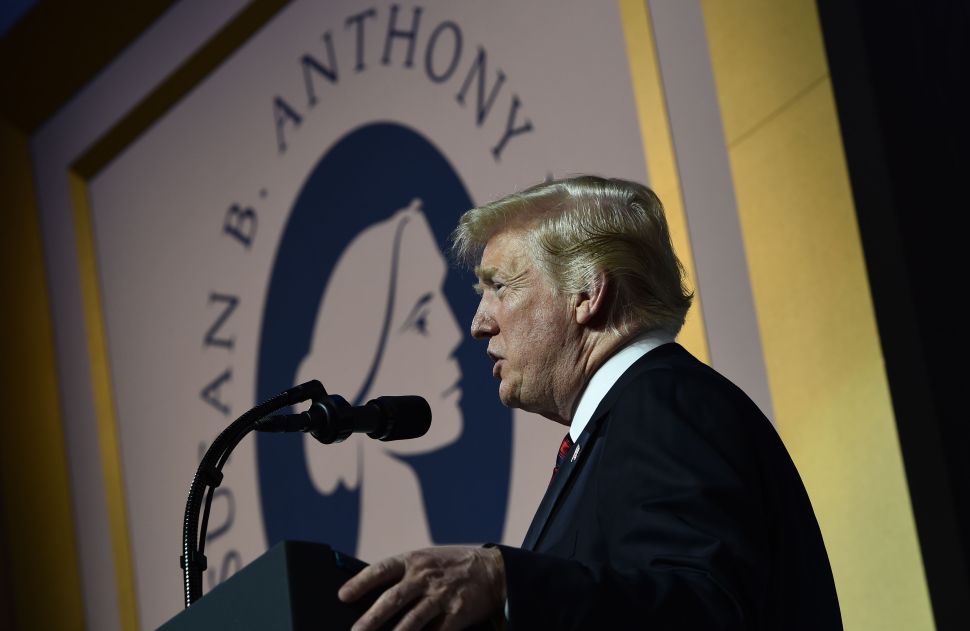