Donald Trump’s advisers are trying to convince the president to keep calm and carry on, even with poor poll numbers after the government shutdown. Some are even trying to convince him to have another one, mistakenly believing that he’s doing well. Members of the media have claimed that Trump’s numbers are on par with other presidents who have been reelected. None of them are right, as the Trump’s disapproval numbers tell a very different tale. He’s got to understand this, and try a different course than what he’s been told to do.

Do Not Remain Calm… All Is Not Well

“Remain calm… all is well!” shrieks Kevin Bacon’s character Chip Diller in the movie Animal House, as the chaotic homecoming parade disintegrates around him. That ROTC cadet is eventually flattened by the crowd.

This remains the attitude of Trump’s staff and advisers, who are feeding him bad information that’s leading to disastrous policies and polls. Already, Budget Director and Chief of Staff Mick Mulvaney said Trump will shut down the government again in three weeks if he doesn’t get his border wall.

Moreover, media pundits have tried to make the argument that coming out of the shutdown, Donald Trump’s numbers remain pretty consistent. CNBC is even making the argument that Trump’s in a similar position to other recent presidents who have been reelected.

“Trump’s approval rating is in line with those of Bill Clinton, Ronald Reagan and Barack Obama at similar points in their presidencies,” wrote Tucker Higgins for CNBC. “All three men were reelected.”

What each of these analysts and advisers are doing is only looking at approval numbers. They are ignoring another key piece of information, disapproval ratings, possibly leading Trump to disaster by telling him all is well.

Higgins begins with Reagan, contending that Trump is more popular now than Reagan was at Day 712 of his presidency, and the GOP president really clobbered his opponent, right?

Even if we just write off CBS as one bad poll, Trump’s RealClearPoltics average from post shutdown polls is 41.6 percent approval and 55.6 percent disapproval, as of January 28, 2019. That’s not Reaganesque.

Remember also that Reagan was dealing with an economic recession, with unemployment near or above 10 percent. Trump’s economy is much better, yet his unfavorable numbers are far worse than the Gipper’s.

Higgins forgot another recent president who was reelected for some inexplicable reason: George W. Bush. But I didn’t. Bush’s Gallup approval rating for January of 2003 was 60.2 percent across six polls that month. His disapproval rating was 35 percent for those six January Gallup polls. Such numbers would certainly hurt Higgins’ hypothesis. 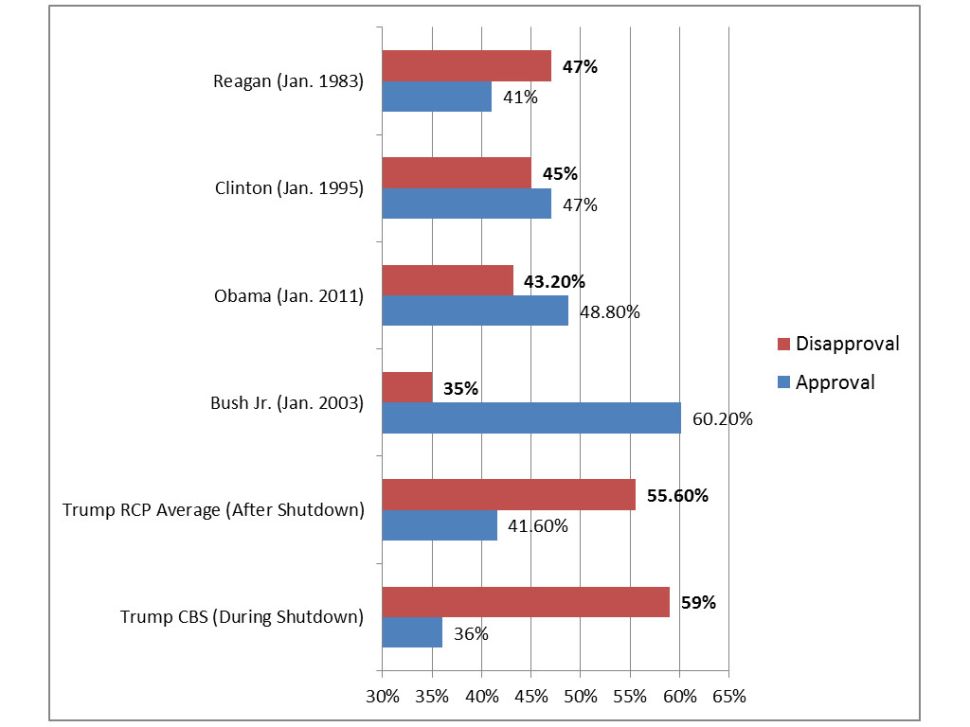 How Can Trump Recover?

Trump’s numbers weren’t in good shape before the government shutdown, but they weren’t as bad as they are now.  Any adviser telling the president to do another shutdown, or even threaten another one, wants him to only have one term and should be fired.

In fact, ending the government shutdown, and getting the government funded on solid footing for the foreseeable future, should be Trump’s priority, according to the data. Clinton stood at a 42 percent approval rating, and a 49 percent disapproval rating, in Gallup polls after the then-longest government shutdown in U.S. history (surpassed now by the latest shutdown) on January 5-7, 1996. By the end of the month (January 26-29, 1996), Clinton’s numbers rebounded to an impressive 52 percent approval and 42 percent disapproval, according to Gallup numbers. Other presidents successfully recovered from shutdowns to, by not threatening another one.

There are plenty of areas in which Trump can score victories by compromising with Congress. There’s vital infrastructure that needs to be built, and some Democrats have signaled their willingness to work on that issue.  Criminal justice reform bought Trump some goodwill with progressives, before it was squandered on the government shutdown. Even a DACA deal or help for Dreamers could help Trump with Latinos, a growing constituency.

But another long government shutdown would be the worst thing. In addition to driving down the president’s numbers, it will also move the country closer to an economic recession. And then he’ll have to own economic downturn, in addition to a government that’s not open. 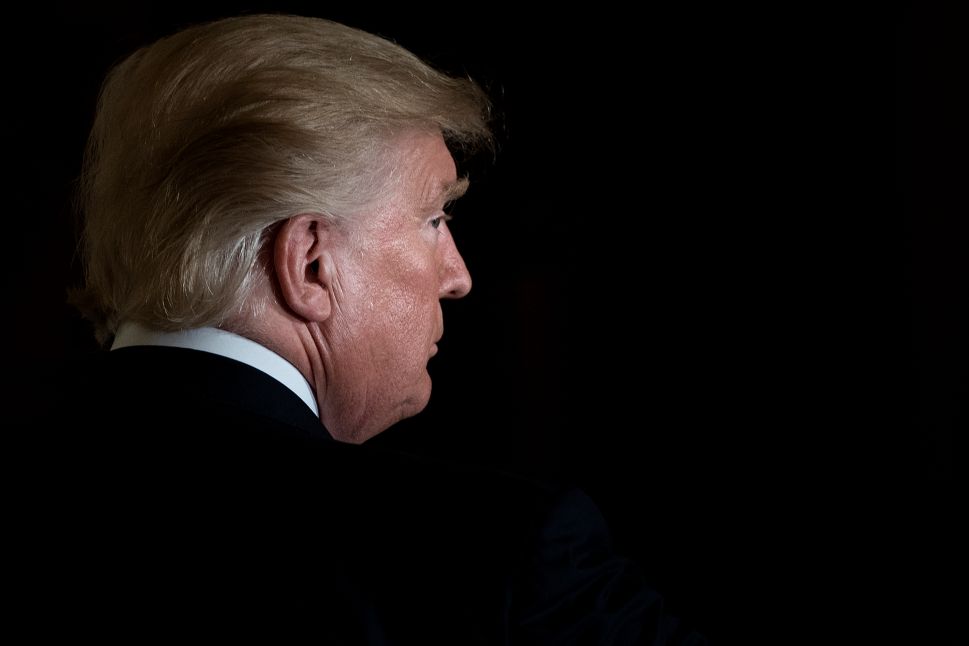