More than 73 years after the last guns stopped firing in World War II, people still are sorting out the mess. These days, the armies are lawyers meeting in court, arguing about artworks that were stolen or subjected to forced sales by German soldiers and Nazi collaborators. The weapon of choice is bad publicity aimed at the individuals and institutions in possession of the artwork in question.

The most recent front of this war is Twitter, where the Uffizi Gallery in Florence has posted demands that the German government help to recover an 18th century painting by Dutch artist Jan van Huysum, Vase of Flowers, that the museum claimed was stolen by retreating German soldiers in 1944 and currently is in the possession of a German family. Along with the tweet was a video of the institutions’ chief, Eike Schmidt, hanging a black and white reproduction of the work in the galleries with the words “stolen” emblazoned on it in different languages.

It only was in 1991 that Italian authorities learned the whereabouts of the painting, and the museum has contacted the family for its return, without success. German law, which sets a 30-year statute of limitations for stolen art claims, favors the family, which has led Italian museum officials to launch a hashtag campaign (#Nazis and #Wehrmacht) on social media to prompt the government in Berlin to do what the nation’s law does not require.

“The Germans are funny about this stuff,” said Nicholas O’Donnell, a partner of the law firm Sullivan & Worcester and author of A Tragic Fate—Law and Ethics in the Battle Over Nazi-Looted Art, who has advised and represented more than half a dozen clients seeking restitution of artworks they claim were illegally taken by Germans during the 1930s and ’40s. “They created a center for looted art”—the German Lost Art Foundation—“that provides money to research state museum collections for stolen artworks, but they haven’t really given it adequate funding to do much research, and there is no requirement that a museum make any efforts to locate and return stolen pieces. It’s up to the museum—what it wants to do with this information.”

He added that more than a decade ago, the German government created a commission to mediate claims by heirs of collectors whose works were stolen by the Nazis and can be found in state or private collections in Germany, “but that commission has heard maybe a dozen cases in all that time. That compares to Austria, whose similar commission has heard hundreds of cases and returned thousands of artworks over that same period.”

At the end of World War II, the Allies—led by the group of scholars, historians, architects and other experts known as the Monuments Men—located and made efforts to return stolen fine and decorative artwork. However, O’Donnell said, “their mission was to return stolen objects to the countries where the artworks were taken, not to the original owners necessarily.” National governments most often placed those objects in their state-owned museums, rather than tracking down the individual owners. Paintings taken through forced sales, or just stolen, from German Jewish collectors would be put in one or another museum without ever publicizing which artworks were recovered and where they had been placed, leaving the original owners or their heirs with no way of knowing if their objects were destroyed or in safe-keeping.

Some countries to which artworks were repatriated have made greater efforts than others, he claimed. Austria, France and the Netherlands have made some efforts in locating claimants, or at least not blocking those seeking restitution, while Hungary, Czechoslovakia and Poland “didn’t even pretend to do anything.” Germany, he said, is somewhere in between.

A number of major U.S. museums have instituted provenance research initiatives of the objects in their permanent collections in order to identify objects of Holocaust art, prodded by the American Alliance of Museums and the Association of Art Museum Directors. In the United States over the past two years, there have been a number of Holocaust art cases resolved one way or another. A painting by Camille Pissarro, Bergère Rentrant des Moutons, which the Nazis seized from a vault in southern France in 1941 where it had been left by its Jewish owners, was returned to their heirs in 2017. It had found its way into the collection of the Fred Jones Jr. Museum of Art of the University of Oklahoma, which ultimately returned the work due to the negative publicity of fighting to retain art stolen from a Jewish collection. “Once the issue was reported in the news, people sat up and took notice,” O’Donnell said. “There was a groundswell of student interest, and the museum just didn’t want to deal with all that bad publicity.”

Officials at the Uffizi Galleries in Italy may be hoping that its campaign of shame similarly will work on the government of Germany.

However, the Norton Simon Museum in Pasadena, California “didn’t care that it was hammered over its decision to contest a lawsuit, ”O’Donnell said. The items in question were two Lucas Cranach the Elder paintings of Adam and Eve that had come into its permanent collection after being seized from its Jewish owners by Hermann Goering in a forced sale in 1940. They later passed through several hands before being sold to the Norton Simon Museum in 1971. “No one denies that the work was stolen, but the museum just wasn’t going to give it up.” Last summer, a U.S. Court ruled in the museum’s favor, claiming that a sale of the paintings in Holland in 1951 made the title good to pass to the California institution.

Also last year, a federal judge ruled that the Metropolitan Museum of Art would not be required to return a 1912 painting by Picasso, The Actor, to the grand-niece of a couple who had been forced to sell their belongings in order to flee Germany (the $12,000 price paid for the artwork was deemed valid by the court), while the Guggenheim Museum returned a 1915 painting, The Artillerymen by Ernst Ludwig Kirchner, to the heirs of its previous owner, a Jewish art dealer in Berlin who was forced to flee Germany in the 1930s.

Pursuing a claim against a museum or national government for the return of Holocaust-era artwork is not for the faint of heart. “The question is, do you want to go to war for 10 or more years, with only the hope of getting your artwork back?” O’Donnell said, noting that the legal hurdles put up by foreign governments add years to the process. The cost of litigation often runs to the millions of dollars, which prompts even many of the successful claimants to immediately put the artworks up for sale at auction or to accept a buy-out from the museum in possession of their pieces. Victories can be Pyrrhic or moral, but seldom complete. 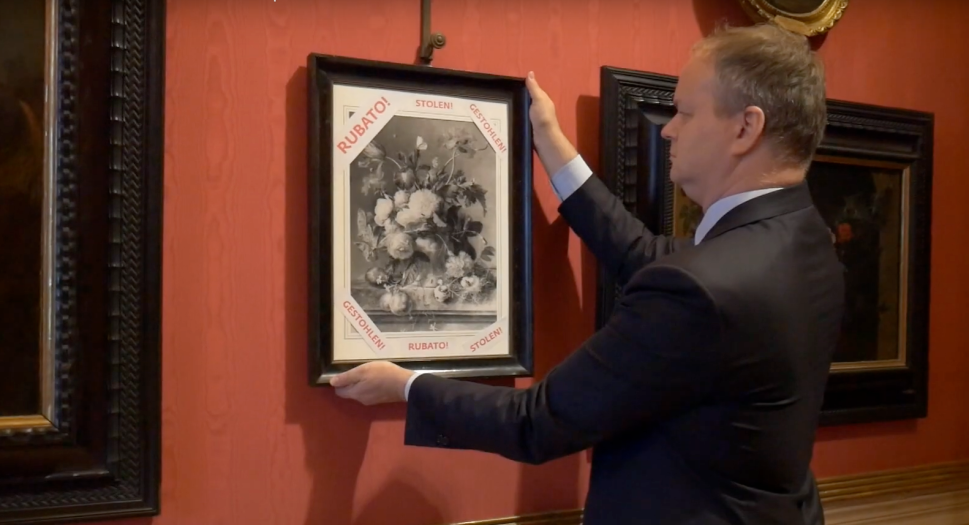