It’s safe to say that filmmaker Adam McKay does not have a lot of love for the conservative GOP. McKay’s latest big-screen effort, Vice, isn’t exactly complimentary of the right, dealing as does with Dick Cheney’s (Christian Bale, our predicted winner at the Oscars this year) rise through politics and eventual tenure as Vice President of the United States under George W. Bush (played with hilarious obliviousness by Sam Rockwell). But what does McKay think about real life current conservatives seeing his movie? Not much, except that it would have made for a great joke in Vice.

Ivanka Trump and Jared Kushner, who serve as advisers to President Donald Trump, reportedly saw the film recently but left partway through. That little tidbit tickled McKay to his core.

“Someone told me that yeah,” McKay said with a laugh on a recent episode of Entertainment Weekly‘s The Awardist podcast. “That’s one of the least surprising things I’ve ever heard.”

He continued: “It felt like a scene we would actually shoot for Vice, where you would show the audience at one point and see Jared and Ivanka get up and walk out. We actually at one point toyed with showing shots of the actual audience, and that would have been something we would have done. Yeah, that’s pretty remarkable.”

In Vice, McKay imagines key figures of the Republican party from the last 40 years as power-hungry status-mongers who manipulate the government to maintain their positions. Though at times it feels as if the movie is almost glorifying immorality, similar to The Wolf of Wall Street, it clearly paints Cheney as a cunning ladder-climber who puts the supposed beliefs of his party secondary to his own agenda. Bale goes beyond merely capturing the essence of the man—which he does phenomenally—by imbuing him with a shocking yet subdued disdain for the public he is meant to be serving. It’d all be pretty hilarious if it weren’t so terrifying.

For what it’s worth, McKay described Cheney as a “pretty thick-skinned guy” and doesn’t think “he would mind the movie.”

In the same podcast episode, he said, “[Cheney is] a weird contradiction because there’s part of him—he’s always served power. He’s been like the right-hand man to power. So he gets a big kick when people call him, like, Darth Vader, or when they pay attention to him. I think there’s actually some insecurity in him about his power, and he loves being portrayed as powerful. So anyway, long-winded way of saying yes, I think he would really get a kick out of being depicted in a movie. And holy moly, what Christian does in showing him is just freakish. To depict it that accurately, I would think he would have to get a kick out of it.” 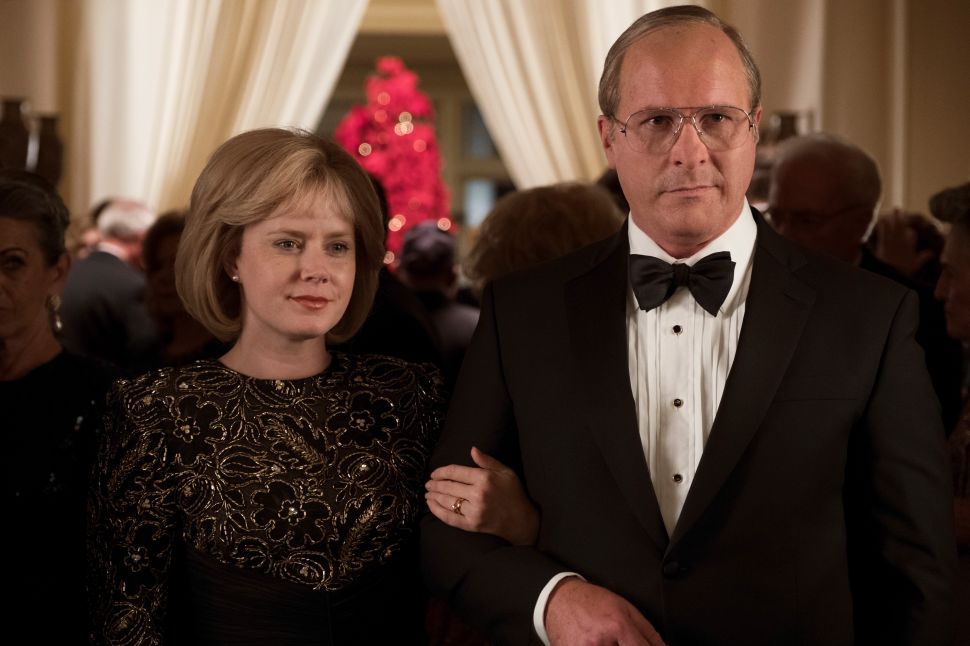