Everyone should be using computers by strapping goggles onto their faces and navigating a Tron-like virtual world. At least, that’s what boosters of virtual reality have been saying for decades. But the latest virtual reality gear offered up at the Consumer Electronics Show (CES) this week demonstrates just how far the tech still has to go before it’s ready for the mainstream.

Virtual reality was all the rage at previous CES shows in recent years with hype overflowing from booths throughout the vast convention center in Las Vegas. A report last year found that virtual reality “could become mainstream” and potentially surpass $40 billion in sales by 2020. Companies promised that virtual reality headsets would transform everything from gaming and movie watching to internet browsing. In actual reality, however, the headsets needed for these experiences turned out to be expensive, bulky and filled with buggy software.

This year, manufacturers are getting more realistic. Facebook did away with flashy demos and showed off to the tech press the latest iteration of its headset, the Oculus Quest, a $399 untethered unit scheduled for release in the spring. The Quest is intended to have better graphics and be lighter and more comfortable to wear than previous models.

The Vive Pro Eye tries to distinguish itself from the competition by offering integrated eye tracking software. The company claims that the eye tracking will allow for better graphics by letting the computer inside the headset know where it needs to focus its processing resources. A price and release date have not yet been announced.

NordicTrack, the fitness gear purveyor so popular in the ’80s, is trying to update its image by leaping onto the virtual tech bandwagon. The company announced a virtual reality bike designed to work with the ViVe Pro. The bike allows users to play games in virtual reality while working up a sweat. It’s scheduled for a Summer 2019 release at $1999.

Despite the advances promised by the latest gear, virtual reality still faces many hurdles to gain widespread acceptance. The headsets aren’t comfortable to wear for long periods, the price is still too high and many users report feeling nauseous when using them. But perhaps the biggest problem manufacturers still haven’t solved is that wearing a big headset on your face just looks weird.

“Not everyone is a gadget freak,” noted a recent report on the state of the virtual reality industry. “The industry needs to appeal to those who aren’t.” 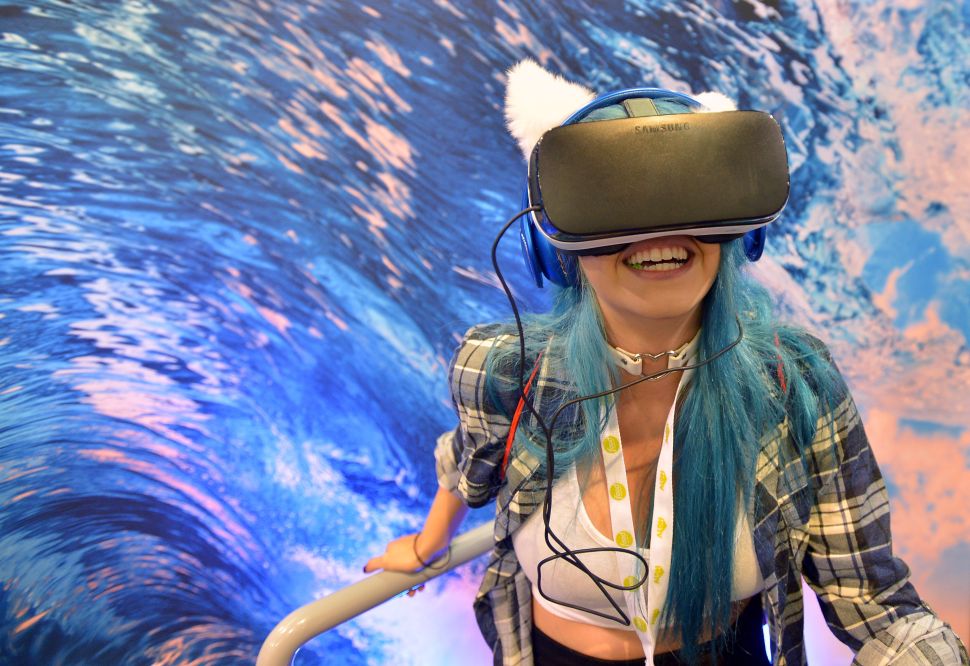