Back in 2017, Aaron Sorkin teased an entire fanbase when he revealed his idea for a revival of his critically lauded NBC series The West Wing, which ran for seven seasons. Speaking to The Hollywood Reporter, he painted an enticing picture of his vision: “Sterling K. Brown as the president, and there’s some kind of jam, an emergency, a very delicate situation involving the threat of war or something, and [President] Bartlett [played by Martin Sheen], long since retired, is consulted in the way that Bill Clinton used to consult with Nixon.”

Immediately, the Internet took Sorkin’s comments and ran with it; his idea even prompted a stamp of approval from Brown.

#AaronSorkin if you are serious, sir, I would be honored! 🇺🇸 https://t.co/7lZ3aocK95

Sadly, nothing ever came of this, and the heat surrounding a potential revival has since died down. But that doesn’t mean it isn’t still possible, especially in today’s thriving reboot culture. While appearing on Popcorn Talk Network’s I Could Never Be, co-star Richard Schiff (who played Toby Ziegler) said that he has spoken to Sorkin about the show’s eventual return.

“Aaron has said he wanted it to happen,” Schiff said, noting that Sorkin could “go with a new administration, in which case, you know, some of us might show up as consultants…It makes no sense, maybe one or two of us to be in the White House.” (The original West Wing took place during the fictional presidency of Josiah Bartlet, played by Sheen, and followed the lives of his staff members.)

Schiff also has his own idea for a revival: “I’ve pitched it to Aaron. He loved it. I don’t think it should be in the White House. I think that’s overcooked. My image of a show in the White House now is something like House of Cards, which is more apropos for the current administration—and Veep. You know, you combine Veep and House of Cards and you got, you got this administration. It’s a great idea…Where does politics really happen? And especially in this era where there’s such an excitement in the grassroots level and on the local level… and it really all happens in the state level.”

Departing NBC entertainment head Bob Greenblatt has thrown his support behind a West Wing revival. Unfortunately, given Sorkin’s current commitment to his Broadway adaptation of To Kill a Mockingbird, Allison Janney’s busy schedule on CBS’ Mom and the rest of the cast’s availability, it’s unlikely the project could get off the ground in time before Greenblatt takes his leave. But never say never—if Sorkin is indeed open to it, this thing could actually happen one day. 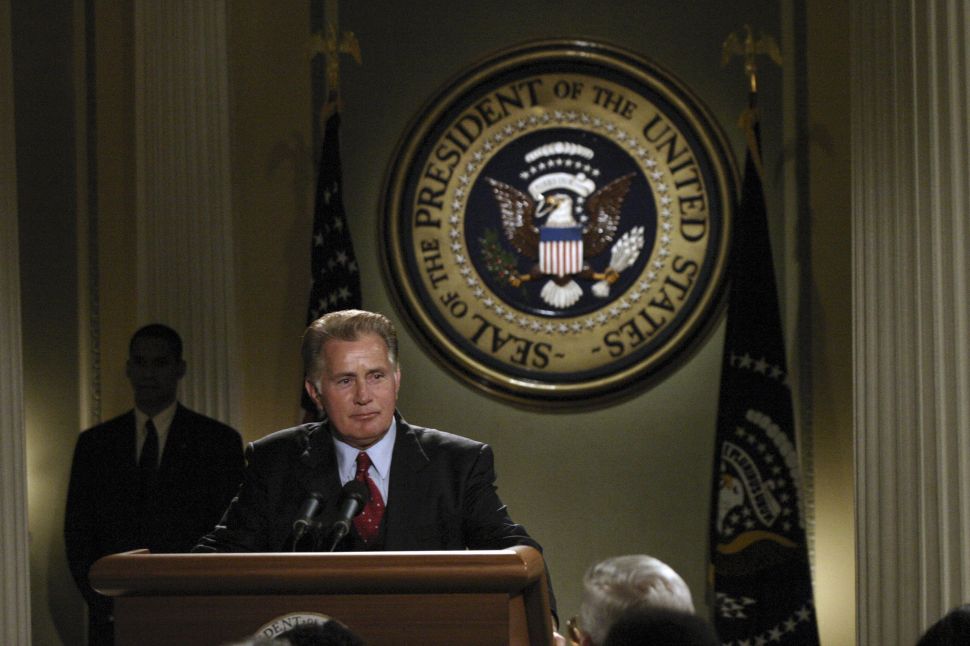