Back in 2014, journalist and data scientist Matt Daniels published a study on hip-hop that determined how many unique words appeared in the early work of 85 different rappers. Daniels drew from each artist’s first 35,000 lyrics as a control variable, so musicians like Biggie, who didn’t have the chance to produce that amount before his untimely death, weren’t eligible for inclusion.

Daniels notes that his inspiration for making the data set was an oft-repeated stat that William Shakespeare had an incredibly broad active vocabulary of more than 21,000 different words (plus 35,000 words he knew but didn’t use). His entire body of work apparently contains 28,829 unique words in total. Statistically, Shakespeare’s first 35,000 lyrics (in his case, more like lyrical phrases) produced 5,170 unique words. That’s not bad, but it’s not nearly as many as RZA, the frontman of the Wu Tang Clan, whose first 35,000 bars included 6,018 different words.

Among the popular artists that have been newly added to the study, some have notably used fewer unique vocabulary words in their work. Drake, Future, Kid Cudi, Kid Ink, Kodak Black, Lil Yachty, Logic, Migos, Travis Scott and Young Thug, all of whom came to fame during or after the year 2010, all used between 3,050 and 3,425 unique words in their first 35,000 recorded and distributed lyrics, Daniels determined.

By the way, this figure has absolutely nothing to do with how “smart” these rappers are. “Vocabulary is a function of an artist’s chosen style—their art—not intelligence,” Daniels told Observer via email (he was sure to clarify this in his study as well), and this is an essential distinction that should be reiterated. Anyone who’s spent unhappy hours listening to droning academic lectures knows that throwing around multisyllabic words doesn’t necessarily connote intellect.

Hip hop, with all its complexities and subspecies, currently enjoys definitive dominance on the mainstream pop charts, and the confluence of what was traditionally thought of as pure pop and the structural audacity of hip hop seems to be producing pared down—but by no means less brilliant or effective—hit song lyrics.

Consider a recent example like Lil Uzi Vert’s “XO Tour Llif3.” It has an easy-to-follow, sing-song rhyme scheme produced in common time; its words are repetitive; and it’s one of the most important songs of 2017, a heartfelt breakup anthem that’s as despairing as it is dispassionate. “I don’t really care if you cry / On the real, you shoulda never lied / Saw the way she looked me in my eyes / She said: ‘I am not afraid to die,'” the rapper mumbles.

What makes a perfect pop song? Is it soaring hooks and thumping beats paired with mazy run-on sentences? Nah. The lyrics that have been proven to stick in the public’s collective memory are short, sweet and punchy: “Let’s get physical.” “We belong together.” Hell, one of the best choruses of the 21st century is just the word “yeah” yelled six times! 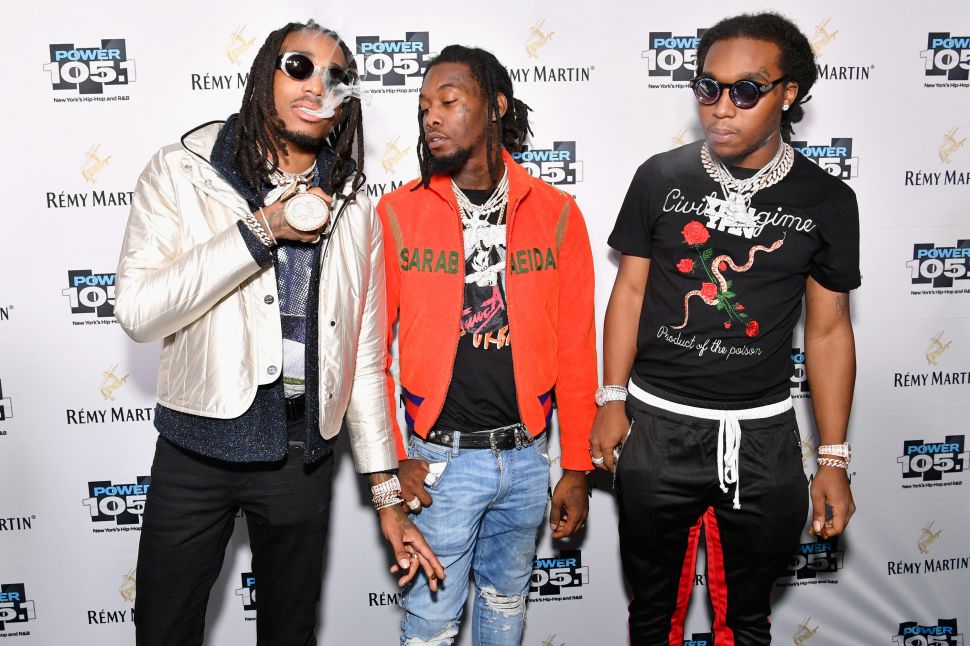