Andy Warhol would have a field day with the new trailer for the upcoming Netflix film Velvet Buzzsaw. Directed by Dan Gilroy (Nightcrawler) and starring Jake Gyllenhaal, Rene Russo, Toni Collette and John Malkovich, the movie follows a punctilious, ludicrously bespectacled art critic as he descends into what looks like a gory, campy nightmare. In it, money-hungry gallery-lurker types are strangled, set aflame or devoured by apparently bloodthirsty works of contemporary art. “Critique is so limiting and emotionally draining,” Gyllenhaal’s Morf Vandewalt (yes, that’s his name) intones. Less draining than being mauled by a demonic painting, we imagine.

Velvet Buzzsaw is an interesting confluence of genre that seems ripe for exploration, but curiously, there aren’t a ton of examples of horror films or thrillers that could reasonably be qualified as “scary movies dealing with the business of art.”

Sure, we’ve seen many modern books and films about art, and still more that qualify as “art-house horror,” but they don’t so much document the art world as use the contours of fine art to define the thematic twists and turns of plot.

Take, for example, the bespoke modern dancers thrashing and crawling to whispered beats in Luca Guadagnino’s 2018 reimagining of Suspiria. Dario Argento’s breathtaking 1977 original took place in a still more otherworldly ballet academy. Dancers performing in a cursed studio suggests humans bending to forces beyond their control or becoming willing supplicants succumbing to the dark arts. (Either way, this stuff is thrilling.) And who could forget 2017’s Get Out, Jordan Peele’s meditation on American racism that culminates with a blind, white art dealer conspiring to pluck Daniel Kaluuya’s eyes out of his head?

There are also countless classic books and films involving art that certainly count as horror, most notably Oscar Wilde’s The Picture of Dorian Gray. In Wilde’s 1890 novel, the titular character meets a hedonistic painter and aristocrat who believes that the true meaning of life lies in the single-minded pursuit of beauty and carnal pleasures. Intrigued, Gray forfeits his soul in exchange for an ageless existence and permanent good looks; instead, a portrait of him becomes hideously mangled over the years, serving as startling, barefaced evidence of his many misdeeds.

Still more famous cinematic works have been directly influenced by fine art. Edward Hopper’s House by the Railroad (1925) was a chief inspiration for the Bates house in Alfred Hitchcock’s transcendent classic Psycho (1960), and the notorious Norman Bates himself was reportedly modeled after a Hopper painting.

And Goya’s terrifying masterwork Saturn Devouring His Son (1819-1823) was on Guillermo del Toro’s mind when he made 2006’s Pan’s Labyrinth. “Goya was an obvious reference, specifically with regards to the character of the Pale Man,” the director told The Guardian. “There is a scene in which the Pale Man bites the heads off the fairies. That comes straight from Goya’s painting of Saturn devouring his son.”

Which brings us back to Velvet Buzzsaw, a film that has yet to prove its worth but seems like it could be a lot of fun. “I was wandering around this huge, empty warehouse with all this rather disturbing contemporary art,” Gilroy told Vanity Fair. “And I wound up in the basement in a video installation with, like, dentist chairs and rats running around. And I just thought, Man, this would be a great place for a horror movie.”

We’ll find out just how great it is when the film premieres February 1 on Netflix. 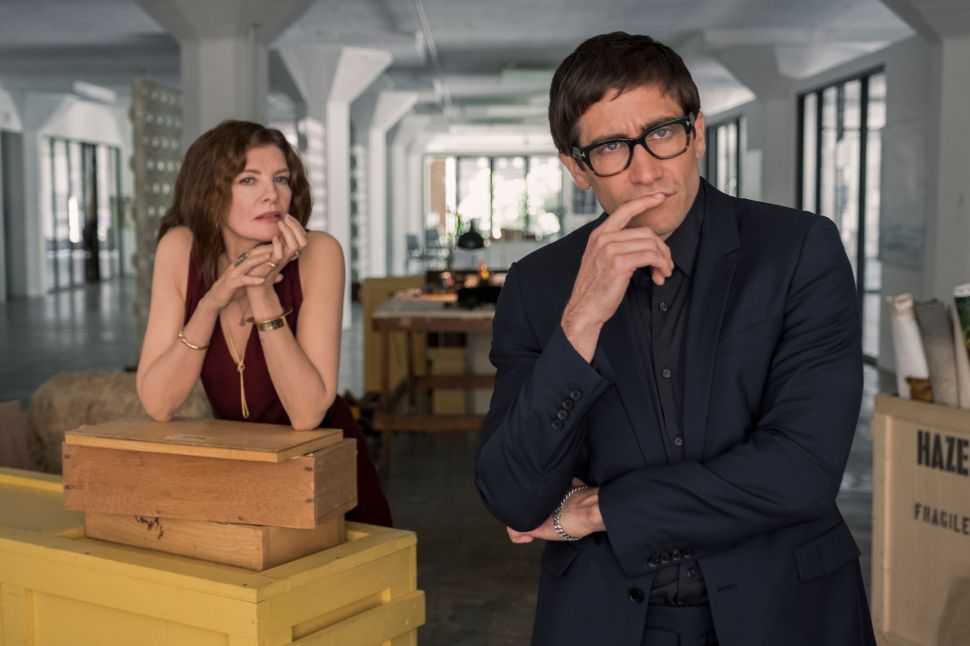