Forget the Grammys: On Saturday night, guests of the annual Adult Video News Awards for excellence in American pornographic filmmaking were treated to top-tier pop excellence when Cardi B opened the ceremony. In addition to enthusiastically dancing and rhyming her way through “Bickenhead” and “She Bad” from her 2018 debut album, Invasion of Privacy, Cardi also put on a thematically appropriate 40-minute private show for the cam girls—a.k.a. live streaming performers—in attendance.

Even if you’re somehow unfamiliar with the rapper’s delightfully raunchy cultural presence or her past as a stripper-cum-social media star, the AVN Awards and Cardi are clearly a no-brainer match made in heaven given the raciness of the chart-topper’s discography. But Cardi also set a new milestone over the weekend, becoming the first female artist ever to perform at the AVN festivities.

One of the most famous accounts of the AVN Awards is “Big Red Son,” the often-referenced piece by novelist David Foster Wallace from his essay collection Consider the Lobster, in which the author takes a characteristically bleak, searing look at the particularities of the 1998 proceedings.

Cardi B, in all her bombastic glory, defies Wallace’s vaguely puritanical denouncements of sex, exhibitionism and technology. Only a few years ago, pop stars were traditionally tasked with delivering sex slyly, with a wink and a smile and a commitment to surface-level innocence. Think of Britney Spears in her schoolgirl uniform, or the Jonas Brothers and Miley Cyrus pledging to stay celibate until marriage (sure, guys).

Cardi B would never condescend to her audience in such a manner. Instead, she wields her sexuality with sheer joy, refusing to compromise and daring her audience to blush or look away. And just wait. Now that Cardi has blazed this trail, the AVN Awards may start to resemble Coachella, with other major musicians following her example and rising to the occasion. 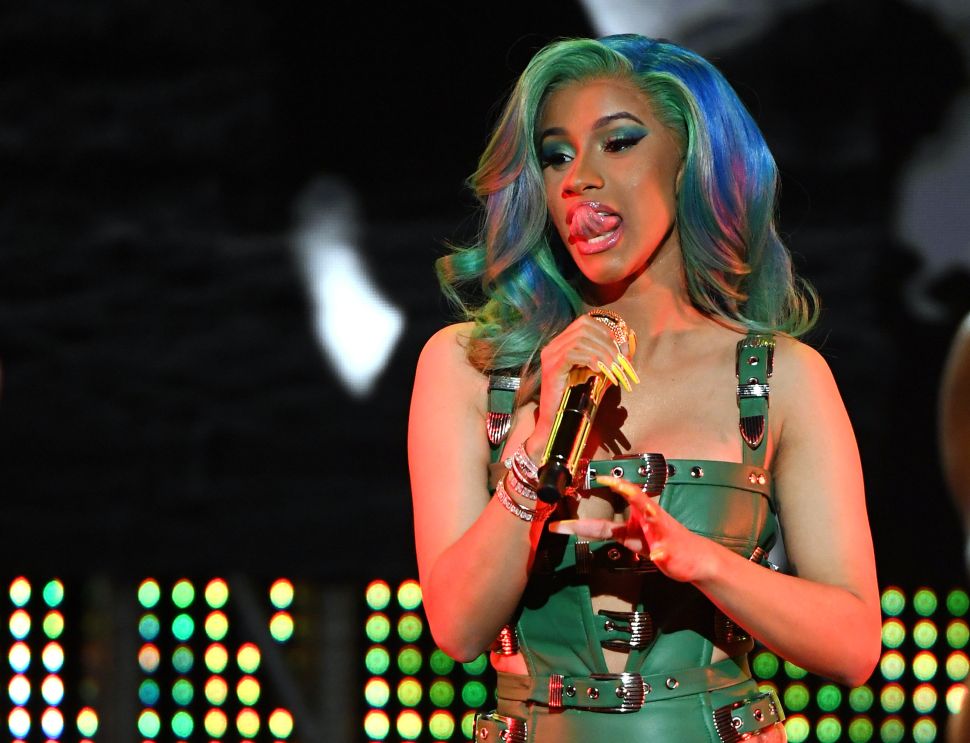